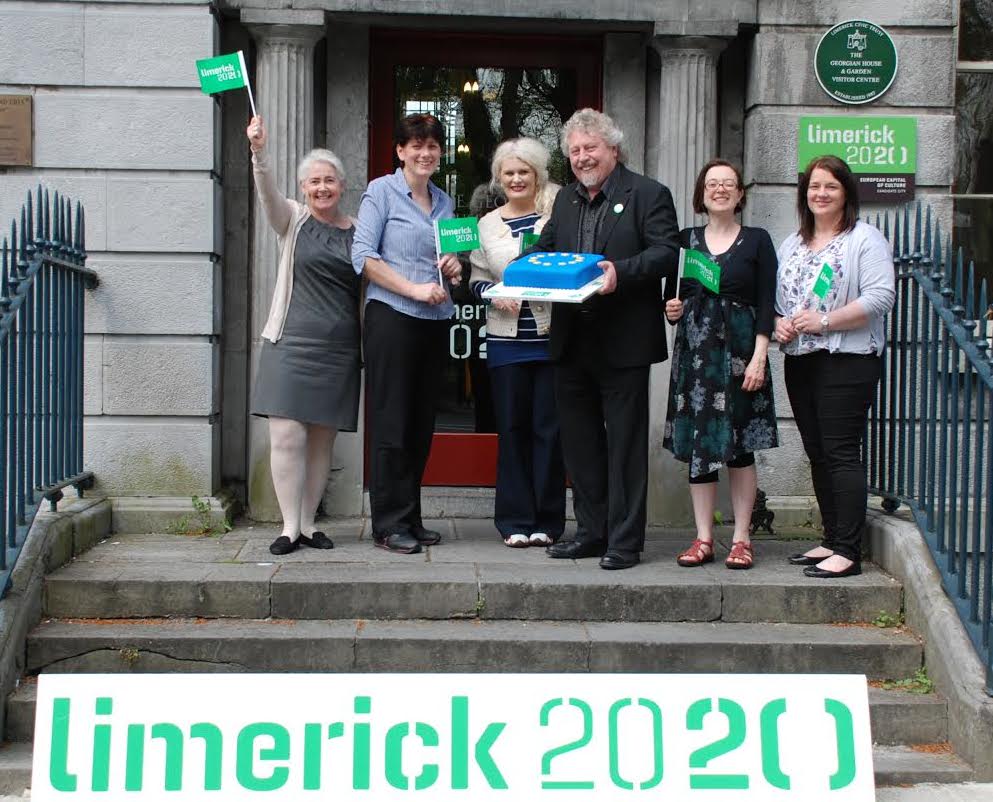 European flags have were raised this week outside the Culture House -the home of Limerick 2020 -to mark Europe Day as the city celebrates its European heritage.

With only 10 weeks to go before Limerick finds out if its bid to be designated European Capital of Culture 2020 is successful, the Limerick 2020 bid team marked Europe Day with an open house event celebrating what it means to be European and enjoying a cuppa and ‘a slice of Europe’ with a specially commissioned cake from the city’s Danes Bakery.

“We are also asking our thousands of twitter followers and web visitors to send us their thoughts this Europe Day on why being European is important to them,” said Sheila Deegan, Deputy Director, Limerick 2020. “Those who wish to get involved can do so online using the hashtags #Limerick2020 and #EuropeDay.”

Limerick is currently preparing its final bid book ahead of the announcement of who wins European Capital of Culture in July 2016.

Sheila Deegan added: “Limerick is on a path of change and regeneration and we are actively engaged with social and economic challenges which will lead to growth and development.

The designation of European Capital of Culture 2020 represents a very tangible and desirable goal to help bring about this transformation. We have now made the shortlist and our team is working tirelessly on the final bid book, panel visit and interview which will take place in mid July culminating in the final announcement on July 15.”