Sports, Music, Literature and much more – The Limerick 2020 bid November 13

Fergal Lawlor and Noel Hogan of the Cranberries lend their support the Love Letter from Limerick. Picture by Sean Curtin Fusionshooters. 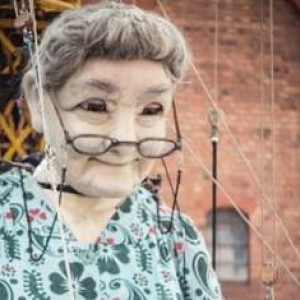 The Royal De Luxe giant Granny who visited Limerick during 2014

As the deciding date looms for the four contenders for European Capital of Culture, some of Limerick’s well-known citizens announce their support for Limerick 2020.

“Limerick is on the cusp of profound transformation which is being driven by culture. It’s great to have the support of great cultural figures like Paul O’ Connell , Author Donal Ryan, Musician Noel Hogan of the Cranberries. It’s an honour, to be battling for this prize of European Capital of Culture 2020” said Mike Fitzpatrick Director Limerick 2020.

Captaining Ireland to the Ruby world cup. Limerick man Paul O Connell addressed sport in Limerick: “Sport is a huge part of our culture and in Limerick it’s in our blood; it crosses all cultures and boundaries, bringing people from all backgrounds, age groups and ethnicity together. In Limerick there is a huge wealth of cultural activity be it sport, music, art, theatre, fashion, community and heritage. Personally, I really saw that proven in 2014 during Limerick’s reign as national City of Culture. It was fantastic to see the crowds of people at all the various cultural events that were put on across the city and county; who would have thought that in Limerick, a Giant Granny could captivate the hearts of more people than a Heineken Cup game in Thomond Park! In the past Limerick had a misconceived reputation, 2014 really worked on the regeneration of that and if Limerick won the European Capital of Culture bid for 2020 it would capitalise on that regeneration, bringing Limerick to the very top of the cultural realm in both Ireland and Europe. Considering its size, our home in Limerick has produced some amazing artists, designers, entertainers, writers, performers and much more. Given my career, I’m extremely familiar with the importance of teamwork and the Limerick of today is now working as a strong team. It is a confident, energetic place that is clearly on the road to a great future. Limerick 2020 would give many Limerick people the opportunity to excel on a broader stage, connecting the people of Limerick, culturally and I believe the Limerick 2020 European Capital of Culture bid comes at a perfect time. The Limerick 2020 bid is about teamwork and my belief is that our team has everything it needs to be a winning one”.

Musician Noel Hogan of the Cranberries is one of Irelands biggest success music stories internationally, the band have toured the world extensively and sold over 40 million albums, “When the Cranberries took off I was privileged to play and travel all over the world experiencing the many different cultures and music on offer, which really broadened my life experiences. But even when we stayed for any length of time in the most amazing places, at the back of my mind I was still thinking of home. Limerick my hometown with family, friends and the beautiful Georgian landmarks. I love Limerick, we have seen so many changes since the heady days of the Cranberries of the nineties, it’s almost unrecognisable , physically and culturally since then and its still continuing to evolve on every level. Limerick has had a raw deal over the years in the press, every big city has had its share of crime but outsiders seem to the think we have more. A lot of outsiders generally don’t realise the wealth of culture and beauty in the city. Last year was an extraordinary year for the city when it was City of Culture, there were so many amazing projects from FuerzaBruta, Royal Theatre De Luxe and the visit of the Granny to the music legacy project called the Pigtown Fling – which I worked on. It was a truly ambitious project where we put together a year of workshops, songwriting, rehearsals and recordings with over 50 performers/songwriters across all musical genres. We recorded 17 new songs on the cd. The project demonstrated the sheer scale of musical talent in Limerick city and how sustainable it was. I was blown away by the talent and couldn’t imagine this happening anywhere else in the country. This September there was a month long culture extravaganza in Limerick called the 061 (the dialing code for Limerick) I got involved in Love Letters from Limerick, which was an art and collaboration gift project to the city . The top international sign writers from all over the world came to Limerick and in addition to workshops. worked on a huge sign which they gifted to the city. The sign title was taken from our very first 10 million selling album title ‘Everyone else is doing it, so why cant we?’

And that’s how I feel about Limerick, with the wealth of experience we garnered from last year’s City of Culture , there is no city better placed to be European Capital of Culture 2020. Not to mention it’s a fun city!”

Author Donal Ryan , The Spinning Heart was long listed for the Booker Prize in 2013 and won the Guardian First Book Award in the same year.

Ryan believes Limerick’s bid for European Capital of Culture is a unique opportunity for the region.

“For anyone who has an artistic mindset but has yet to explore it fully I think the opportunity that the bid presents is endless”, he says.

“So many talented creatives feel the urge to drop their talent in return for a ‘traditional job’. They feel they need to play safe. The fact that a place like Limerick, a small city, a scrapper of a city, could win such a prestigious bid would give such a boost not just to the city but the vast number of talented creatives the city is now generating”.

Ryan speaks of a deep respect for the likes of theatre producers such as Bottom Dog Theatre Company, a group who formed in the middle of the economic downturn.

“They have sailed into stormy waters and stayed afloat. Only recently we saw them take New York by storm with Myles Breen’s Language Unbecoming a Lady”, he notes.

Ryan describes what he sees as an artistic sensibility that seems to rise naturally from Limerick people.

“There is a performance in the everyday in Limerick. The smallest little thing can become a fascinating drama. There is an addictive quality to the way Limerick people tell their stories, a sense of fearlessness that goes back almost a thousand years. Limerick stood against so many invaders and was never conquered. It says it all really”.

Ryan has recently taken up the position of writer in residence in the Arts Department of the University of Limerick as part of the MA in Creative Writing course which is chaired by Joseph O’Connor. The position has allowed him to encounter new young writers who have challenged his own way of working.

Donal Ryan has very strong links to Limerick. Creative Limerick writers such as Gerry Stembridge, Kevin Barry, Paul Lynch and Roisin Meaney are writers who have greatly influenced his work.

“They are all writers with fascinating stories to tell and incredible ways of doing it”, he says.

“Frank McCourt is one of the reasons I’m a writer. I often forget to credit his influence because the effect he had on the way I approach writing was so profound it has almost become part of my make-up, and not something I consciously think about”.

For the past two years there has been a remarkable shift in thinking regarding Limerick’s cultural identity – which was compounded by their successful hosting of Limerick City of Culture last year . The challenges the overcame to deliver a successful year as National City of Culture in 2014 is testament to the can-do mentality now seen.

The final attestation came with the climactic visit of the Royal De Luxe Giant Grandmother. On her three day visit to the city over half a million visitors travelled to the city and lined the streets for the Grandmother’s journey and exploration, which took in all parts of the city. News and pictures generated by The Grannys visit to the city spread and multiplied as visitors shared pictures with family and friends all over the world.

This year the city believes they can even better themselves on the programme they delivered last year building with their contacts, acquired skills and experience on their cultural journey.

The bid document has been assembled following widespread consultation with Limerick cultural practitioners, key business stakeholders, the Limerick community and a team of international advisors, led by Mike Fitzpatrick bid Director . What has been created is not just a bid document. It is visionary and the starting point for the creation of a solid new cultural strategy for the city, the county and the mid-west region.

On November 13, the Limerick team will present its 2020 vision to the assembled judging panel. That afternoon they will find out if the Limerick bid is successful in making it through to the final shortlist of Irish cities as competing candidates for the European Capital of Culture designation.

Economically , Limerick has been firing ahead with its Economic regeneration with €350m in their Limerick operation with the creation of 200 new jobs. Work is underway on Thomas Street as Uber prepares to launch their European, Middle Eastern and Asian centre of excellence in the city centre. In a nutshell they have seen the creation of over 6,000 new jobs in Limerick over the past two years.

Limerick firmly believes the confidence being shown in the Limerick economy by international businesses is a result of a newly energised city and county. Limerick still face many challenges but the spirit of creativity, vibrancy and collaboration evidenced in the city Limerick over the past two years across many sectors is inspiring.

Culture is about who they are as a people and place. Limerick is in a great space. At the recent Start-Up Gathering in Limerick it was clear to see the burgeoning young talent Limerick currently boasts. Our third-level academic institutions continue to excel. Shannon – international airport is seeing continued growth and success. Investment is happening. More tourists are visiting the city. Their communities are working to showcase their sense of place through initiatives like Tidy Towns and Going for Gold.

The Limerick 2020 European Capital of Culture bid is much more than simply putting on big events, filling theatres or galleries. It is about creating a vision of who Limerick is, as a people, a place and a community. It is about defining clearly what they know they can achieve.

Limerick of today is perfectly placed to successfully undertake the European Capital of Culture project.

In that time he placed the Limerick School of Art and Design among the top 50 in the world. He is also an acclaimed artist and has acted as curator of more than 80 international exhibitions.

As an artist, exhibitions of his work have taken place in the New York, the UK, Hungary, Australia, and Italy.

He has received fellowships from colleges of art in this country and abroad.

He is a director of eva International a Commissioner for Ireland at Venice Biennale. He was Director of Limerick City Gallery of Art from 2000 until 2009.