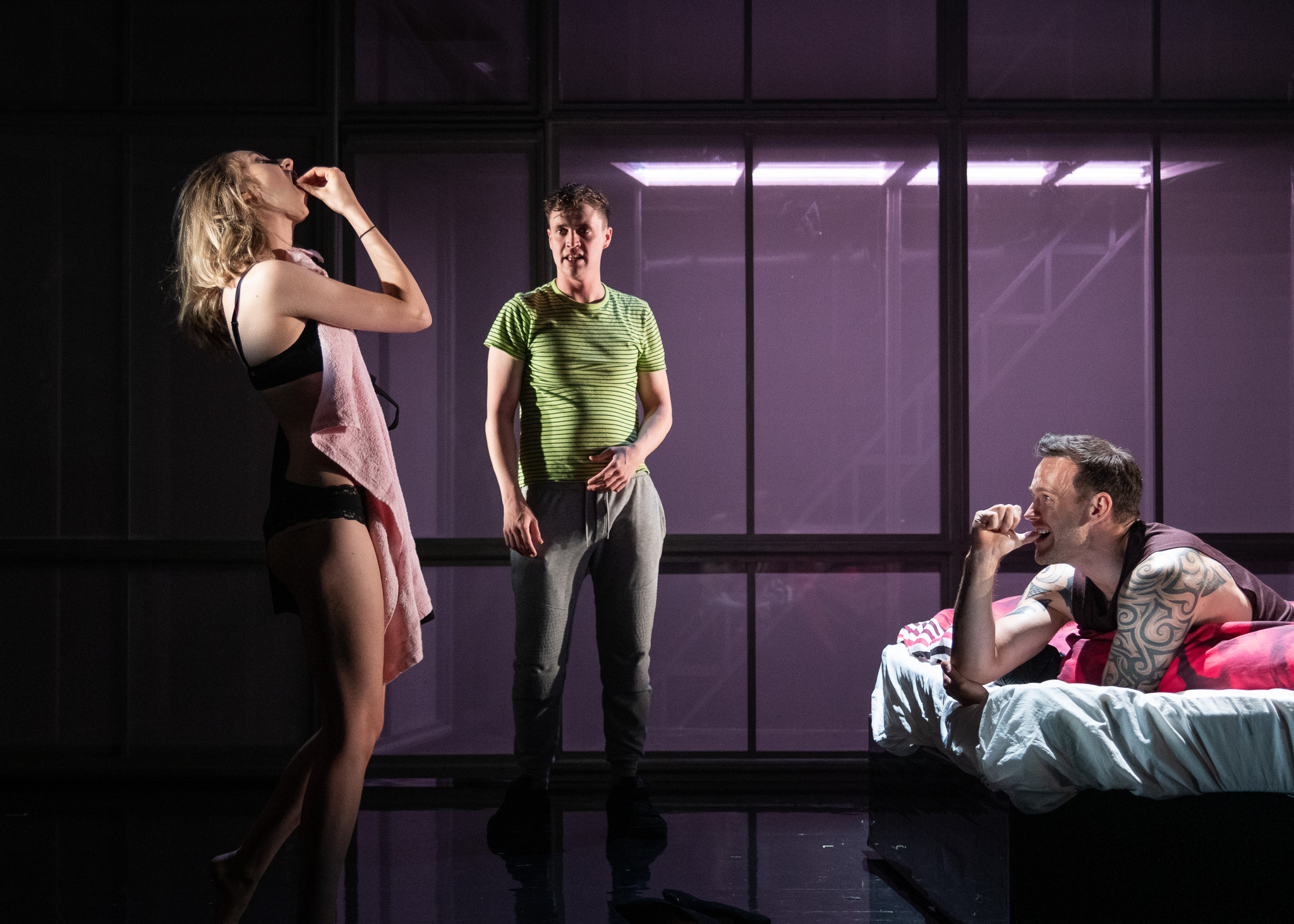 Limerick actor Shane Lennon is currently appearing in the controversial play ‘Asking for It’ at The Gaiety Theatre in Dublin. Picture: Jed Niezgoda.

Limerick actor Shane Lennon is currently appearing in the controversial play Asking for It at The Gaiety Theatre in Dublin.

Asking for It shines an unflinching light on the experience of a young woman named Emma whose life is changed forever by a horrific act of violence – a gang rape. One night in a small town in Co. Cork, where everyone knows everyone, things spiral terrifyingly out of control. What will happen now? – to Emma? To her family? To the others?

In this gruelling production by Landmark Productions and the Everyman, written by Meadhbh McHugh in collaboration with director Annabelle Comyn, Emma is again startlingly objectified, split between the competing perspectives of small twitching community, the media, online trolls.

Audience reaction to the acclaimed stage adaptation of Louise O’Neill’s devastating novel has been overwhelming. The initial run in Cork broke every box office record at the Everyman, and the following run at the Abbey Theatre also sold out well in advance of the production even opening there and drew an extraordinary reaction on social media. Asking for It was a landslide winner of the Audience Choice Award at The Irish Times Irish Theatre Awards for 2018. This timely production will return to the Irish stage next week when audiences will have the chance to experience it for themselves at the Gaiety Theatre from October 9 -26.

Shane says the show is an explosive and relevant piece of theatre. Tickets are on sale now. Picture: Jed Niezgoda.

Shane is proud to be involved in such an important piece of the theatre saying that the play, “is a theatrically explosive and relevant piece of theatre exploring the unsettling anatomy of rape culture and takes a brave look at victim-blaming in our society. People will leave the theatre and talk about and think about this story for a long time.”

Shane won Mr Limerick in 2008 and moved to Dublin and studied for two years with Bull Alley Theatre Training College. He then transferred to The Lir, Trinity College, Dublin where he continued his studies for another 3 years. Shane graduated with BA in acting at The Lir in July 2015.

Since then he has received an award for Best Supporting Actor in the short film ‘Three Friends’ directed by Colm Tobin, at the New Renaissance Film Festival.

Shane’s theatre credits include Zero Hour (ANU) Coup, The Plough and the Stars at The Lir Academy and Titanic and The Recruiting Officer with Bull Alley. Film and television credits include Dead Still with ‘Deadpan’ on RTÉ, ‘Dive’, the second season of ‘Into the Badlands and ‘Krypton’ which is on E4 on Wednesday nights at the moment and Shane comes into the show on Episode 8. He also has just finished filming a TV series for RTE which is due for release in early 2020 called ‘Deadstill’.

Asking for It, Gaiety Theatre dates:

For more stories about theatre in Ireland, click here.