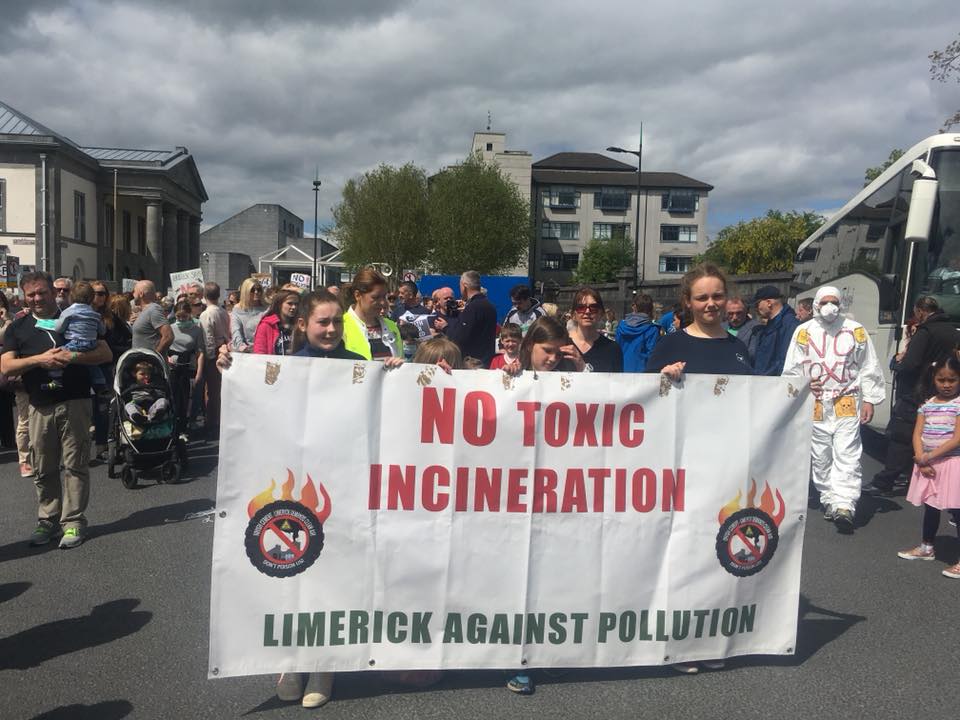 Limerick Against Pollution public meeting will be held Thursday, March 21 in the Great National South Court Hotel at 7 pm

Irish Cement has a plant in Castlemungret, Co. Limerick which was first opened back in 1938 but started cement production in the 1950s. Since then the factory has carried out a high-temperature manufacturing process, which has proved to be an important investment for Limerick. Irish Cement prides themselves in sustainable cement production by following three key principals including, Energy efficiency investments, product innovation and fossil fuel replacement. Irish Cement is also aware of environmental issues which is why they use alternative fuels which helps, reduce dependence on imported fossil fuel, improve competitiveness and reduce CO2 emissions Increase recovery of valuable resources and reduce landfill.

However, the Irish Cement Factory in Limerick has applied for planning permission for an incinerator, which will burn alternative waste such as used tyres and solvents. Limerick Against Pollution are strongly opposed to the building going ahead. Members of LAP are concerned that the incinerator will put everyone, in Castlemungret and the surrounding areas, at risk to health problems.

There are many sports facilities and recreational areas nearby where people seek to get healthy and are encouraged to improve their well-being. If the plan at Irish Cement goes ahead they will be at risk of breathing in dioxins and furans in their attempts to stay fit.

Limerick Against Pollution is holding a public meeting to update their supporters on the status of their campaign to stop Irish Cement from incinerating toxic waste at their cement factory in Castlemungret. The public meeting will be held Thursday, March 21 in the Great National South Court Hotel at 7 pm.

The organisation have a Facebook page @LimerickAgainstPollution which provides more information about their organisation and gives the public a free space to express their opinions and discuss their concerns with others.

For more stories on Limerick Against Pollution go here