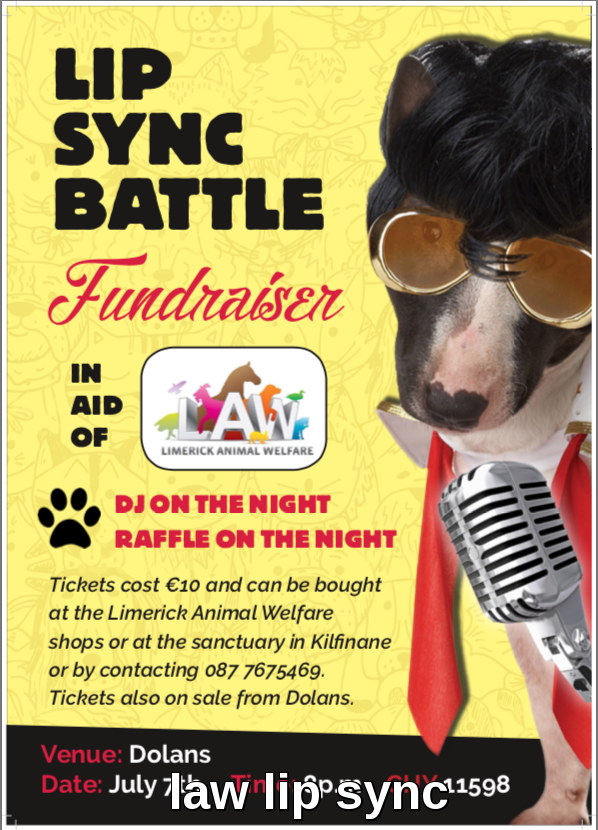 The Limerick Animal Welfare is a local non-profit organisation rescue and rehome dogs, cats, rabbits, horses and many other animals when they find themselves homeless through no fault of their own.

According to The Irish Times (July 3rd 2016) In 2015, five unwanted or stray dogs were put down in pounds every day. Limerick Animal Welfare has a strict no kill policy and The animals remain in their care until they find the right homes for them.

Mike Shinnors will MC on the night of the Limerick Animal Welfare Lip Sync Battle. Geri Maye, Sharon Tucker and Paul Fitzgerald “Street Boy” will make up the panel of judges and will choose the winner out all of the wonderful competitors on the night. The raffle on the night is not to be missed, with loads of amazing spot prizes up for grabs!