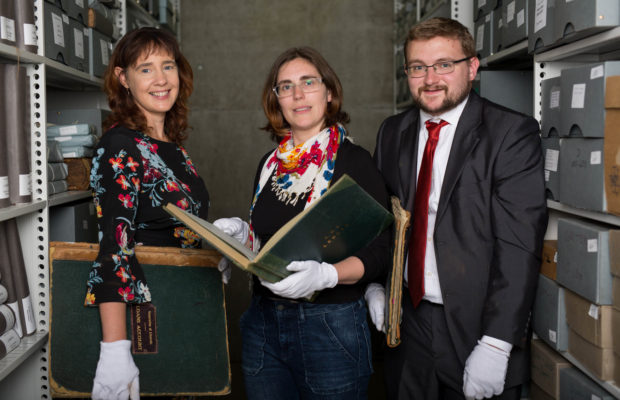 A rare collection of records from the Limerick Police Force of 1922 are available for viewing for the very first time following a massive re-vamp of the Online Digital Archive by the Limerick Archives of Limerick City and County Council.

Spearheaded by Limerick Archivist Jacqui Hayes, more than 30 of the Archives’ collections are now available online through www.limerick.ie and many others will be added over the next few months.  The digitisation process is ongoing and there will be almost one thousand individual items online by September. These range from one-page letters to 400-page volumes, registers and minute books.

Among the collections that will be online for the first time will be the rare collection based on the Limerick Police Force of 1922 which gives an insight into the number of men drafted into the new civil force to keep the peace in that interim period between the departure of the RIC and the establishment of the Garda Siochana.

Mayor at the time Stephen O’Mara recruited the Limerick City Police Force and the business owners of the city funded the wages of the 38 men selected to keep the streets safe for almost three months.  This tiny collection has never been accessed by historians and perhaps now that it’s available online its significance will be assessed.

There is also the chance to view Limerick County Council’s minute-books which span from 1899 to 1973.  These minute books allow the reader to see how the county council ran the local authority.  This provides historians and researchers a never-seen-before level of online access to these records, which details the issues that the council tackled since the turn of the 20th century.

“Many of the archives were previously available under earlier digitisation projects but access has now been streamlined.  The public can now open archival documents easily without having to download a plug in.  This removes barriers to access.”

Many of the collections are only recently digitised – these include Vaccination Records from 1864, which list the names of small children vaccinated under efforts to eliminate smallpox.

Efforts at immunisation in Ireland in the first half of the 18th Century were generally unsuccessful until the 1864 Compulsory Vaccination Act.  Parents were fined if they did not have their children vaccinated.  This ensured success of the first mass vaccination scheme in Ireland.

One of the most popular publications produced by Limerick Archives was Ranks: the Industrial heart of Limerick City.  Out of print since 2013, it is now available online.

These highly illustrated projects offer an easily browsed insight into aspects of Limerick’s history for Limerick natives and visitors interested in Limerick’s history. The public can access the archive in their pocket on this mobile friendly site.

Limerick Archives digitisation can be accessed at www.limerick.ie/archives