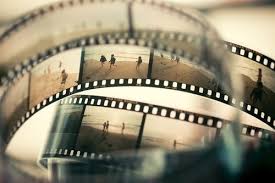 Limerick City and County Council has announced that it plans to work in partnership with Ardmore Studios, Ireland’s top Film and Television Studios, to lay the foundations for the provision of a major film production facilities hub in Limerick.

This initiative is in response to a recent call from the Irish Film Board in conjunction with the Department of Arts, Heritage and the Gaeltacht for Expressions of Interest in relation to the provision in Ireland of dedicated audio visual content studio facilities including sound stages and related structures.

Having examined the experience and major success of the creation of such facilities in Belfast from a zero base and the impact on the local community, the Council believes that drawing on the depth of expertise of Ardmore Studios could result in major sustainable employment for Limerick and is a logical legacy of Limerick’s year as National City of Culture 2014.

“There is a clear and urgent demand for large scale studio space and support buildings in Ireland, and in our analysis, many of the pre-conditions necessary for the creation of studios already exist in Limerick,” said Conn Murray, Chief Executive, Limerick City and County Council.

“There are a number of suitable sites and buildings in Limerick that can be upgraded and refurbished to the high spec standards that the industry requires and as the core infrastructure is in situ, this can happen over a short time period,” he said.

“From our research in Northern Ireland, it is evident that success is based on government support, direct investment and commitment given to the vision of those involved. We can commence this project with the existing highly skilled craftspeople from inside and outside the Mid-West region and tap into the rich resource of our graduates that are coming out of our third level institutions with film and media qualifications that will support the long term success of the industry.”

Mr Murray continued: “We’re delighted to be working with Ardmore Studios on this concept to develop the infrastructure for large film production in Limerick and create major sustainable employment as a result.”

The legacy project for Limerick City of Culture, Film Limerick, has already set in motion the idea of Limerick as a location for film production. Two films have been commissioned and will be screened at international film festivals in 2015 as part of that legacy.

The proposed studio facilities in Limerick include the use of the 300,000 sq ft old Dell building in Castletroy, currently used as The Culture Factory for Limerick City of Culture 2014.

The existing LEDP building in Roxboro with refurbishment and development of studios and workspaces is also a viable option.

Ardmore Studios based in Co Wicklow has  over 50 years’ experience of managing studios and catering to the specific needs of internationaland national film productions as well television series.

It is the largest and only studio in Ireland to offer five international standard sound stages with full support services on site.

A brand that is recognised by producers throughout the world, it has been home to hundreds of international and national films and TV productions over the years including Braveheart; My Left Foot; Excalibur and in more recent times The Tudors; Moone Boy and Penny Dreadful. Productions at Ardmore have received 14 Oscars and many BAFTA, Golden Globe and Emmy awards.

“There is growing international interest in Ireland as a production location thanks to the positive tax incentives under Section 481. However, the missing piece of the jigsaw is the availability of appropriate full service studio space in the country,” she said.

“This is something that Limerick could potentially capitalise on. We ourselves have had to turn away business in the past year because we simply do not have the required capacity. Studios are the essential enablers for the industry to scale. The potential for our industry to scale up and create thousands of quality jobs is at our fingertips provided we look at the bigger picture and create the right infrastructure to grow the industry.

We are happy to help where we can though providing our advice and support. The creation of any new high spec full studios and support facilities that could cater for pent up demand would further assist Ireland’s ambition to grow its film and television production industry to the levels as identified in the Creative Capital report which seeks to double production and employment in the sector by 2016,” Ms Ní Raghallaigh concluded.