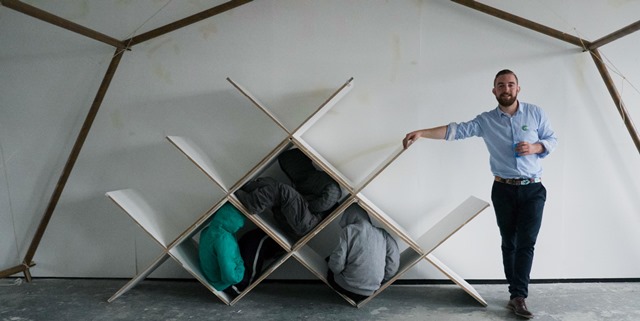 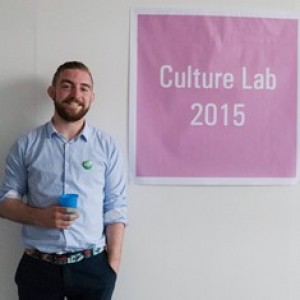 At the age of 23, Limerick artist Kevin O Shea has developed his name as a modern day artist with admirable style. Kevin held his first solo exhibition called Studio Live above the Fab Lab, Rutland Street, in Limerick City during September 2015.

A graduate of the Limerick School of Art and Design, hailing from Mungret, Kevin had seven figures at the exhibition, and positioned an eighth in the window of the Hunt Museum which caused quite a stir on Culture Night when around 4000 people attended the museum. The figure was that of a young man sitting on the window sill of the second floor who looked like he might fall. The figure was made from chicken wire and wore a hoodie and tracksuit.

Kevin commented: “That was the main piece, on the top of the hunt museum. There was 500 calls made to the guards about this piece, I had spoken to them that morning. The Guards arrived nine or 10 times to the scene because they had been called by the public but it was great because it meant those 500 people came in to the show.”

This is the desired effect Kevin strives for with his art. He wishes to capture people’s attention by breaking their routine and then getting people to talk and discuss things that might be taboo to talk about, Kevin explained: “I used the hoodie, the history of it and the stereotype to draw someone into my work and after that has happened they can deconstruct what I am talking about. I want to break a passer-by’s norm or routine so we can then talk about the art raising awareness for depression, stereotyping, social exclusion and mental illness in this case.” 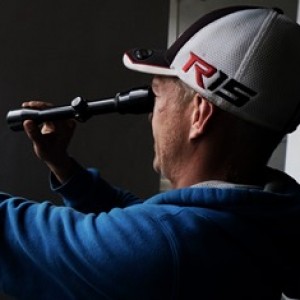 Studio Live was based on the idea that the viewer could come in and watch the artist make a piece of work while the work is on show. Kevin’s art is aimed at raising questions and getting people talking about social exclusion issues such as depression. When asked about the inspiration behind his art Kevin said: “The most inspiration I have is that I lost my best friend to suicide about two and a half years ago, his name was Barry Quinn. He is my inspiration because for me it is like I am living life for two people and going through depression myself has also inspired me. I want to make it as easy as possible for someone to get out of depression.”

Kevin recently sold a photograph at auction and donated the money to Pieta House Suicide and Self Harm Crisis Centre. The photograph was of a similar exhibition he held five years ago by putting a human figure on top of the George Boutique Hotel. At that time, Kevin said: “two ambulances were in attendance, as well as the fire service, plus four squad cars.”

Some other work in the Studio Live show included a piece called “How Do You Feel Now” which was about depression. This piece was composed of twelve canvases to make up one piece but all of the pieces represented the whole and they all linked together like a jigsaw. Kevin explained: “That was quite a nice piece; people really liked it. There was an interactive piece which had three figures of two guys and one female in hoodie and tracksuits and you could sit in and a photographer could sit in beside you and photograph you with this piece of work. That was more of a survey of how many people do attend a gallery event with hoodies on.” 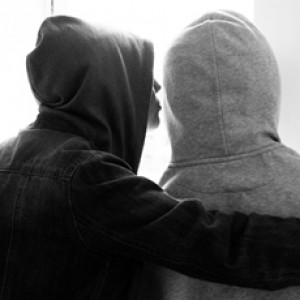 While Kevin’s pathway into the study of art was not always plain sailing, he knew from a young age that he had a great talent: “When I was young I couldn’t really read so I used to read out loud to people and I would make up a story from the cartoon in the book, I wouldn’t actually be reading the words and from that then they discovered I could draw. Tom and Jerry was the first thing I ever drew; now I have a tattoo of Tom and Jerry on my arm. When I finished school I got PE teaching and Product Design but I didn’t get the points for Art College. I went to do a PLC for Art but I got into LSAD on the CAO second round offers and I was there for five years and now I am a practicing artist.”

Like many young graduates today, the future lies in foreign countries for Kevin, he hopes to move away to explore and develop his art into other exclusions and stereotypes among societies. Kevin explains: “I want to create questions around taboo topics and open them up for questioning. Something else that I want to get into is gorilla marketing for companies which is basically using fine art as a marketing strategy.”