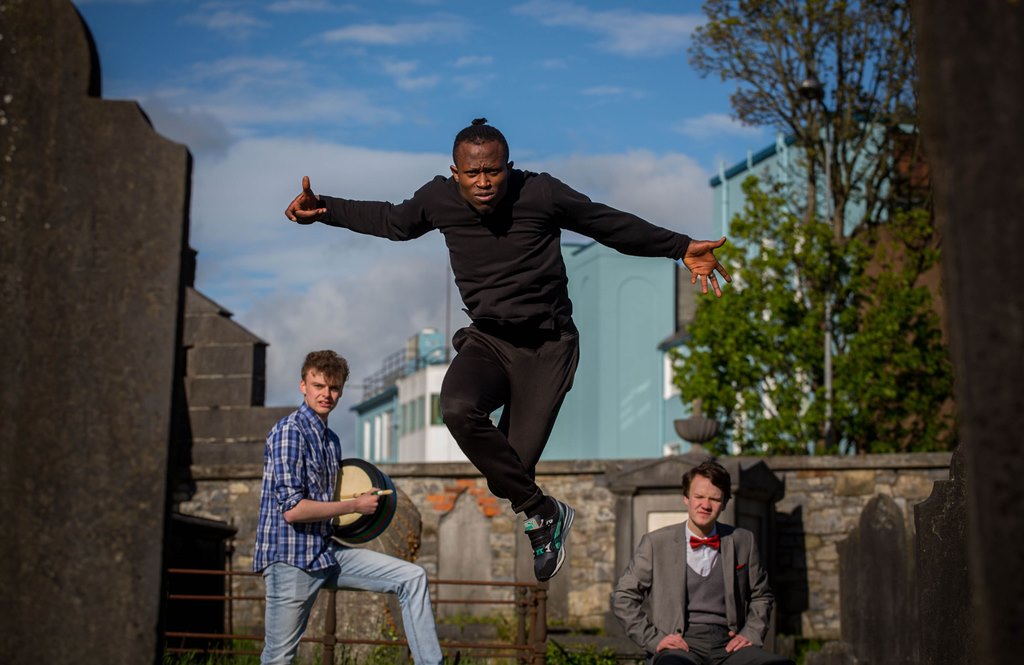 Limerick Arts and Culture Exchange (L.A.C.E.) was officially launched Monday 18 May at Dance Limerick at an event attended by arts and culture practitioners, local authority representatives and members of the wider business, community and voluntary sectors.

L.A.C.E. is a new independent cultural representative body which works to develop, support and advocate for the cultural sector in Limerick.

Made up of individuals and organisations working within communities as well as in the different strands of arts and culture, L.A.C.E. will enable these sectors to support each other and to contribute in a structured way to the future cultural development of Limerick over the coming years.

Chairs from each Strand are elected to a central working committee by their own relevant group, making it a genuinely democratic body.

L.A.C.E. now welcomes approaches from other community and cultural groups from the wider Limerick region who may wish to set up their own Strand in order to become more actively involved in developing Limerick’s rich cultural life.

L.A.C.E. has its origins in the “Pillar” structure, an engagement forum set up during the planning stages of Limerick 2014, City of Culture, involving working groups from the broad cultural sector in Limerick.  Post 2014, in order to sustain relevance within the sector,to build on the legacy from 2014, and to increase public awareness of its existence, Pillar members agreed that a reinforced and independent body be formed.

International models of engagement were considered as part of the development of this new entity.  One interesting model is Liverpool Arts Regeneration Consortium (LARC), which has had a major impact on that city’s cultural development since 2007, when it was set up to lead the programming of Liverpool European Capital of Culture 2008.

L.A.C.E. is not the first organisation of its kind in Limerick, nor is it the only representative body currently working towards development and advocacy for the arts in the region.

Limerick now stands unique in Ireland in terms of independent, collective cultural representation whose aim is to work with Limerick City and County Council as well as with other state and voluntary bodies from business, community, arts and education, thereby allowing for greater influence and capacity building within the cultural sector of the region.

Conn Murray, Chief Executive of Limerick City and County Council also lent his support to the new initiative: “One of the achievements of Limerick City of Culture 2014 was the way in which artists and craft workers found new ways to meet, learn from and collaborate with each other in the creation and presentation of new and innovative work.  Limerick City and County Council sees the enormous value in bringing the many strands that exist within the cultural sector together to enrich the life of the city and county.  Mar a deireannan seanfhocal, “Ni neart go cur le chéile”.