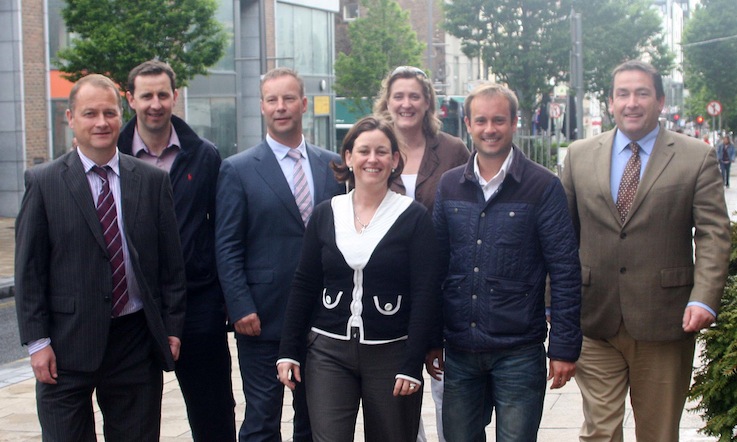 Limerick City and County Council Manager Conn Murray has welcomed the announcement that Limerick has been selected as one of two pilot locations as part of a national effort by Retail Excellence Ireland to revive Ireland’s towns and cities.
Retail Excellence Ireland and its national partners Chambers Ireland, Fáilte Ireland, NAMA, An Garda Siochana, the County & City Managers Association and the Dublin Business Improvement District (BID) awarded the honour to Limerick City out of 36 towns and cities across Ireland who applied for pilot status.
The pilot programme will see national and local stakeholders come together to create a “town team” who will work together to develop and deliver a “town plan”.
Mr Murray said the overriding objective of the initiative is to apply shopping centre management principles to Limerick city which in turn will deliver a more vibrant and engaging civic space for citizens to enjoy.
“I would like to particularly congratulate our local Town Team working group led by Helen O’Donnell, the chair of the Limerick City Business Association and key stakeholders across the city who put this proposal together and successfully won this designation for Limerick,” he said.
“Being selected as a pilot city will maximise the potential of all the positive developments which are currently taking place in Limerick; including the amalgamation of both local authorities, the unveiling shortly of a vision for Limerick 2030, the establishment of a new marketing company and the preparations as we become the first National City of Culture 2014.  This designation will allow all the stakeholders involved to work collectively to ensure the realisation of our shared vision and long term re-invigoration plan for our city centre.”
Mayor of Limerick, Cllr Gerry McLoughlin said the Town and City Management Framework as outlined by Retail Excellence Ireland will give Limerick ‘a blueprint to focus our ideas’ over the weeks and months ahead.
“Matters which will be addressed under the initiative will include re-engaging the people of Limerick city with their civic space and increasing the frequency of visits into the city centre,” he pointed out.  “The plan is also to improve occupancy and general retail investment in Limerick and improve the evening economy in the city centre while also developing a database to allow for consistent and clear communication of what is happening in Limerick. The key figures are already in place on the town team and I wish them success as they make these exciting plans come to fruition.”
Cathaoirleach Jerome Scanlan noted that Newcastle West had also applied to become a pilot town but had been unsuccessful.
“I am disappointed that Newcastle West wasn’t chosen on this occasion as one of the two pilot locations by Retail Excellence Ireland as it had put a strong proposal together, but nevertheless, I congratulate Limerick city on its achievement and I’m sure Newcastle West will benefit from the learnings and experience of the Limerick Town Team,” he said.
Also speaking at the announcement David Fitzsimons, Chief Executive, Retail Excellence Ireland said: “This is a great day for Limerick. To be chosen to be a pilot under the town and city revival initiative is clear proof that Limerick has so much to offer local citizens and visitors alike. By working in collaboration local and national stakeholders can develop and deliver a plan to revive the civic space, improve the retail offer and ultimately reacquaint citizens with their wonderful city”.

Related Topics:businesscommunitynewsretailrichanthonrichard lynch
Up Next