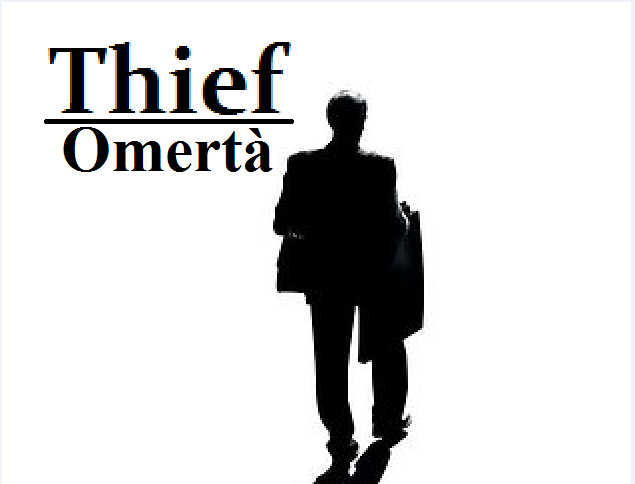 Limerick author Adam Chappell’s debut novel, “Thief – Omertà”, is now available on Kindle Scout until April 18 2016. A sample of this new thriller is open to all visitors and can be nominated for full publication by anyone with an Amazon.co.uk account. All voters will receive a free copy of the book from Amazon upon publication.

Thief – Omertà tracks Robert Forrester and Sophia Bianchi as their respective battles for survival in the criminal underworld pitch them headlong towards each other. Robert Forrester is a thief for hire, traveling the world to acquire items of value, no questions asked. Sofia Bianchi is a lawyer, who has infiltrated the city’s biggest crime family in pursuit of her father’s killer. Fate throws them together, but they will need more than luck if they want to live.

Thief – Omertà was described by John Stack, bestselling author of the “Masters of the Sea Trilogy” and “Armada”, as “fast-paced” and “compelling”.

Adam Chappell is a thirty one year old professional software engineer at MDS Limerick and father of two. He is also an active member of the Limerick Writer’s Association and has previously been published in Silver Apples Magazine as well as being long listed for the RTÉ Guide/Penguin Ireland Short Story Competition 2015.

Adam began his writing career almost four years ago in culmination of a life spent reading and cites Raymond Chandler, Thomas Pyncheon and David Foster Wallace as major influences on his writing style. Since finishing work on Thief – Omerta, he has produced a number of short stories and is close to completion of his first novella, his own take on the noir genre.