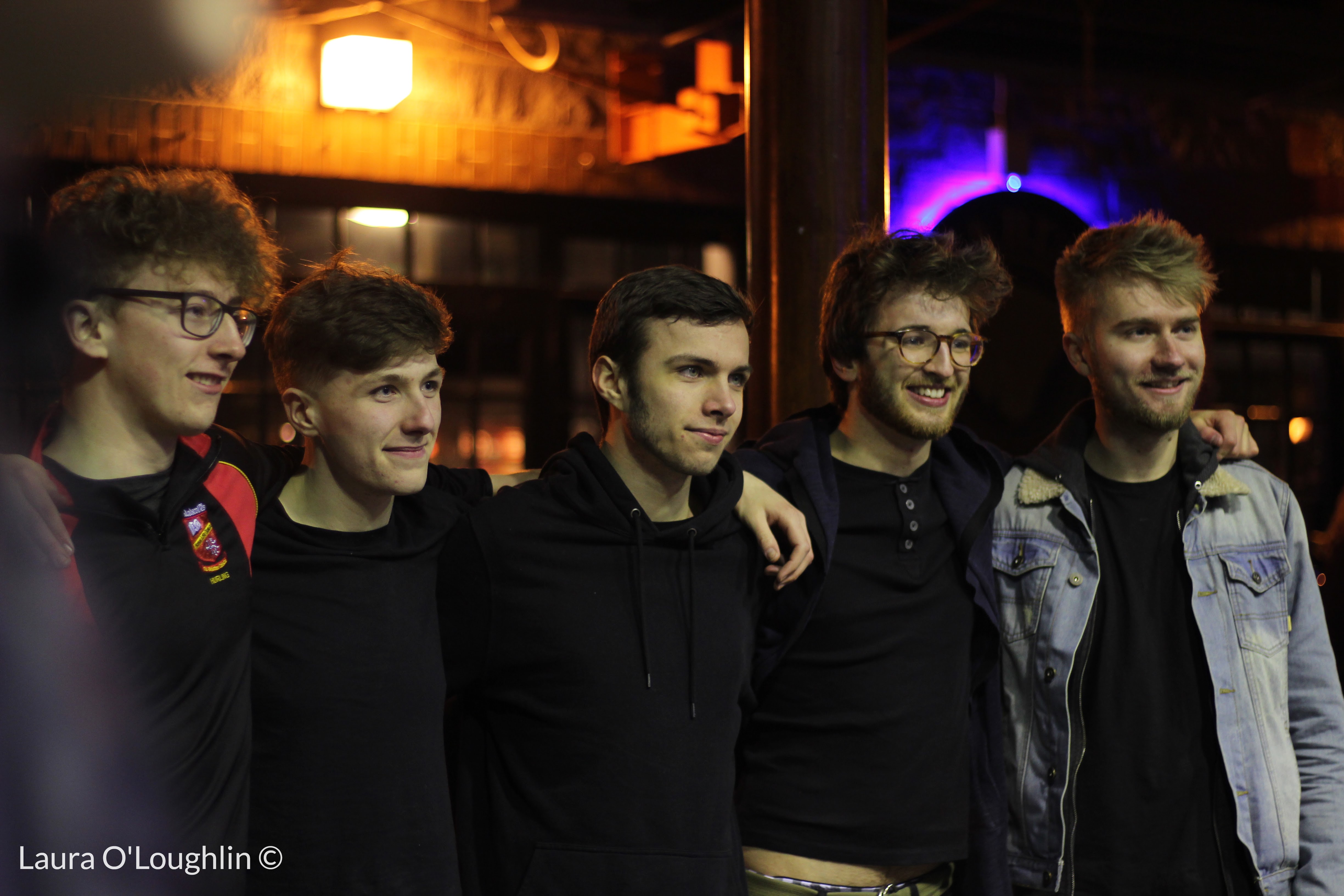 Limerick band A Weekend Away release brand new single ‘Free of the Land’ on Spotify.


Limerick Band A Weekend Away jumped onto the music scene during the Spring of 2013. With the assistance of Music Generation Limerick, A Weekend Away thrived for 2 years regularly playing in venues such as Dolan’s pub, Cobblestone Joes and the Limetree Theatre, creating an impressive portfolio of tracks in the process.

Following gigs in Nenagh’s Slapfest and Live at the Pery festival, A Weekend Away began rising up and turning heads within the Limerick music scene. Following a stint of radio interviews across the region on Spin South West, LCCR and LIVE 95 FM – they released their first music video for their impressive single ‘I’d write your name’. Directed by the talented Rachel Mcgill with the help of Fox Jaw’s Shane Serrano.

Limerick band A Weekend Away performing at UL Battle of the Bands. Photo: Laura O’Loughlin

Regarding the new single ‘Free of the Land,’ Bassist Peter Corbett explained, “I think this is really a bigger sounding song than any we’ve written before. When we heard it finished for the first time we were kind of taken aback a little. We were all packed into Patrick’s car listening to it at 3 am following a 3-day rush to get a headline gig together, record 5 songs and print them as a demo. It was just the most surreal moment, it’s really when I started feeling that we could actually do this. We’ve been really busy the last couple of months but playing with the lads is one of the best things to do.”

“Because of how busy we have been recently we’re like a well-oiled machine. Over the past month, we have been overflowing with gigs, events and production. Like winning UL Battle of the Bands was definitely a highlight but we have so much more in the pipeline. We also are working on producing an EP and organising the corresponding tour.”  He added

Recently they participated in the impressive ‘Limerick Standing Up- In Aid of Pieta House charity gig, organised by bass guitarist, Peter in Dolan’s Warehouse, making €1000 for the charity.

A Weekend Away released the first single from their upcoming EP on Spotify to positive feedback and they are currently working on recording and producing before they go on a national tour in July.