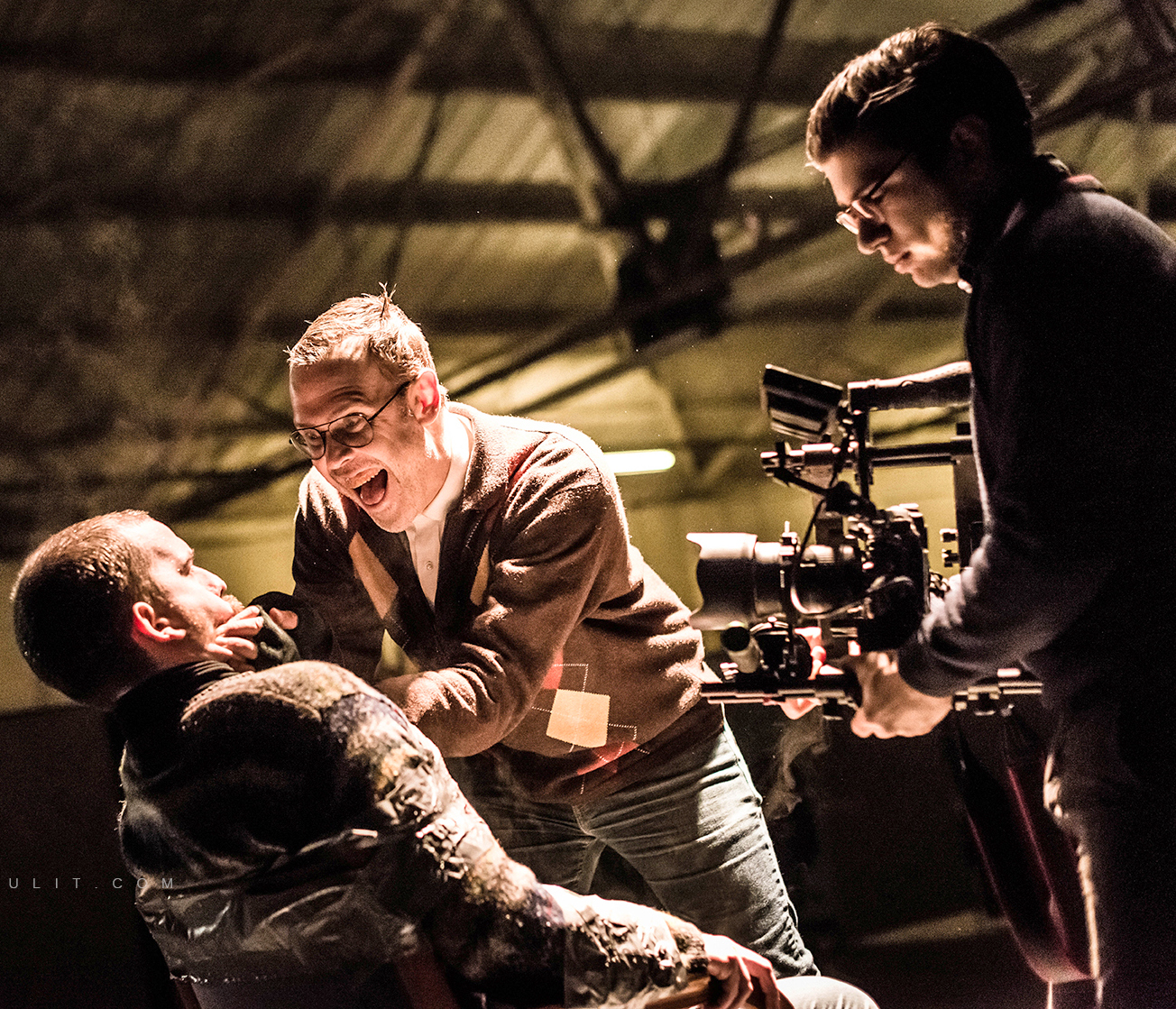 Formerly Fox Jaw Bounty Hunters, Fox Jaw are a critically acclaimed modern band with an old soul, filled to the brim with new beginnings as they enter 2014. Aside from a new abbreviated name, they are armed to the teeth with an armada of new material, locked and loaded with new recruits and now, after a year in hiding, writing, recording and honing their craft, the storm is brewed and ready for serving. ‘Kerosene’ is released on February 28 and is a glistening throw back to a 1950’s blues ballad, but with a modern day attack and it’s taken from their upcoming sophomore album, ‘Ghost’s Parade’.  In the video Richard Lynch plays a pyromaniac, disco dancing serial killer who tortures his victim played by Limerick actor Kevin Kiely who recently featured in the films World War Z and The Dark Knight Rises. The video is disturbing and dark and the shoot was a hub of creativity with an amazing team of people filmed in a warehouse right in the heart of Limerick.  Band member and uber talented director Shane  Serrano conjured the concept with Blind Boy Boatclub of The Rubberbandits and it is so twisted it will certainly reside in your subconscious, whether you like it or not.