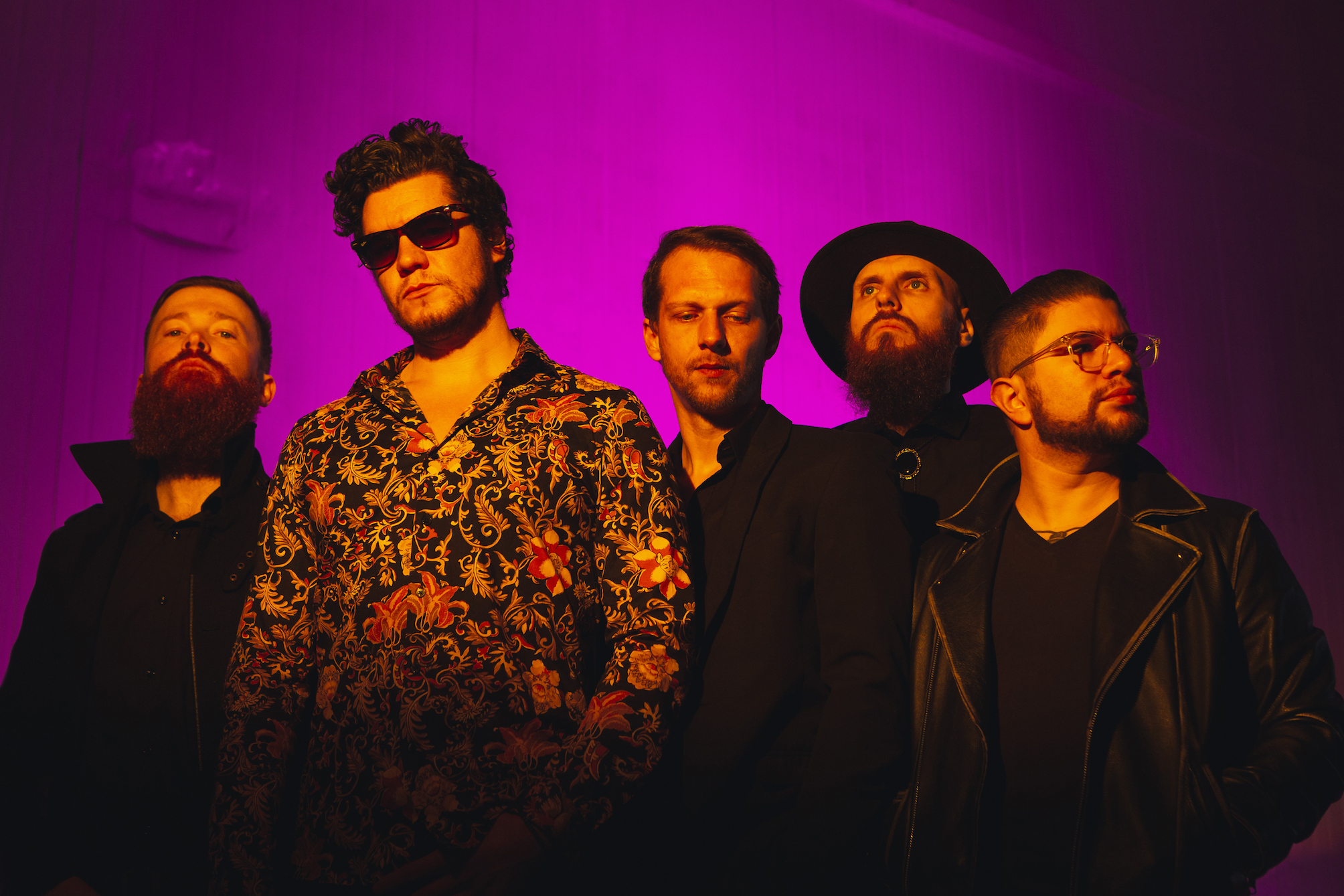 Limerick band Fox Jaw, return to form with their brand new single ‘Madeline’, a modern strutting alt-rock groove anthem with hints of a New Romantics past.

The new single comes accompanied by a full Technicolor audio-visual experience shot and directed by the band’s drummer, Shane Serrano. The music video follows the misadventures of a sexual predator and his prey while paying homage to the cinematic styles or Tarantino and Rodriguez.

Once described as ‘a modern band with an old soul’, Fox Jaw has a swaggering trend-shaking growl, that always keeps things sweet and melodic with an honest collection of dark pop songs. With hundreds of shows under their belts, 10 Singles, 5 Vinyl Releases, 2 Studio Albums, 2 EPs, 1 Live Album, countless festival appearances, TV appearances, Magazine Covers, Music Video Awards, Album Of The Year Awards, and only one flat tyre … Fox Jaw have been bringing their signature brand of rock and roll to audiences across Europe & North America for the last 12 years.

2014 saw the release of their 2nd studio album ‘Ghost’s Parade’, with an impressive amount of airplay, raising many eyebrows in the music industry, ‘Ghost’s Parade’ is an album in full sonic Technicolor, verifying the bands ability & love for a plethora of genres, above and beyond the pigeonholes many set for them.

In 2016, following the success of the release of their brooding rock & roll floor fillers ‘Do You Want It All?‘ & ‘Hit It Off’, the band released their 3rd EP ‘Black Light Vignette’ with a flying start both at home and overseas, getting picked up by over 30 college stations in the USA.

The quintet has shared the stage with such acts as: Against Me!, The Strypes, And So I Watch You From Afar, Alabama 3, The Redneck Manifesto, Jape, Hayseed Dixie & many more.

See them Live on their UK & Irish tour;