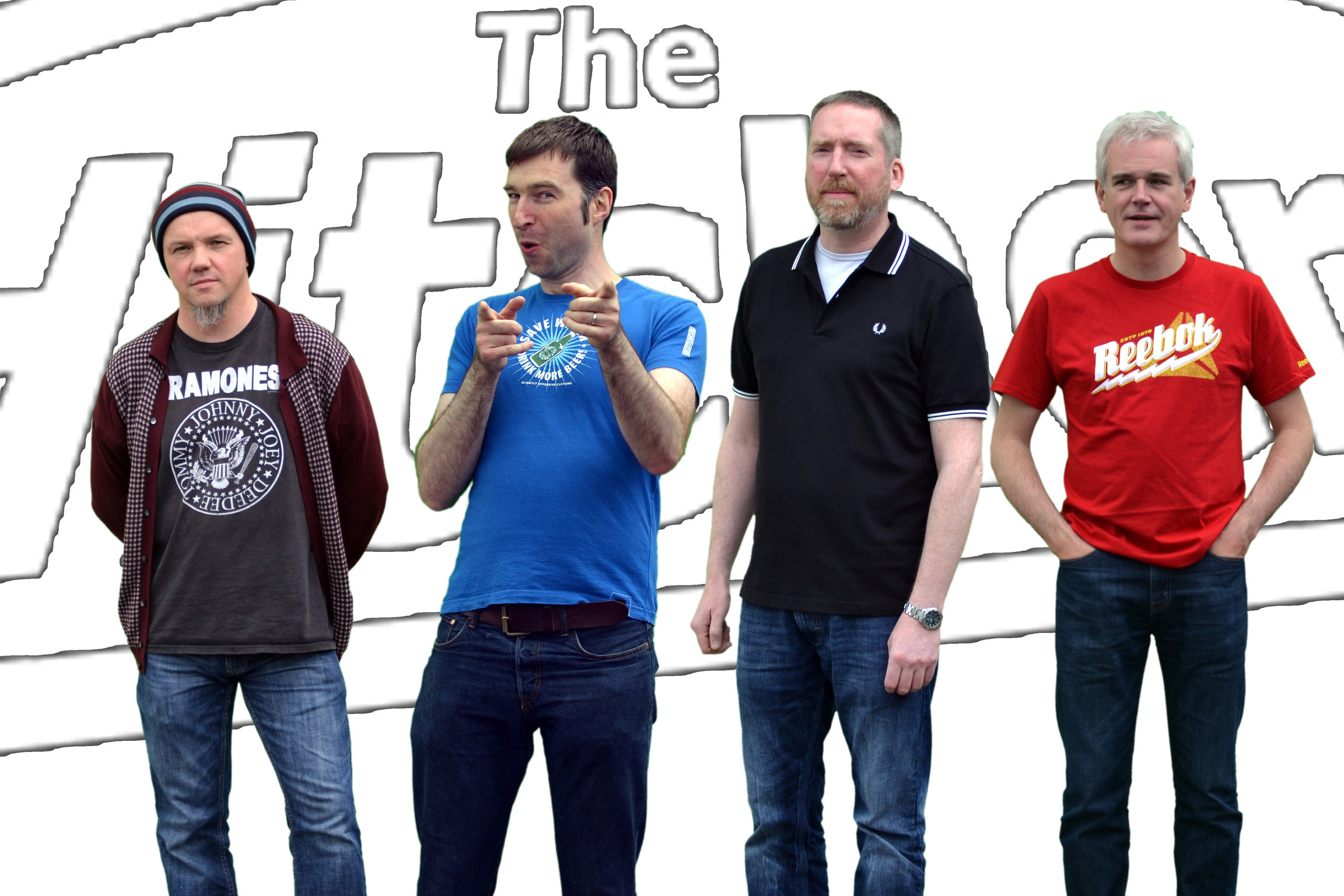 Limerick Band The Hitchers,  pop-punk band formed in the 90s

The Hitchers 1997 single Strachan is to feature on Steve Lamacq curated album ‘Steve Lamacq’s Lost 90s’. BBC Radio DJ Steve Lamacq has included Strachan on a 2xLP/4xCD collection marking his 25th year on the airwaves at the BBC. We are told, “He has selected every track with a view to this being considered an autobiographical look at the 90s scene through his eyes.”

It goes without saying that limerick band The Hitchers are delighted, excited, flattered and struggling to breathe in air this rarefied that sees them rubbing shoulders with, amongst others, Teenage Fanclub, Crass, Sleeper, Travis, Compulsion, Cornershop, China Drum, Pale Saints,  Suede, Elastica, 60ft Dolls, Kitchens of Distinction, Ride, Silverfish… I’ll stop now. The album is to be released through Demon Music later in October.

In other news of the Limerick band The Hitchers make a fleeting return to the material world this November for three nights before vanishing into the ether once more. Joining them for these shows will be their long-time friends, sometimes collaborators and all-round Dutch punk rockers Cooper.

Releasing two albums and a slew of EPs in the late 90’s the Limerick band came to the attention of legendary BBC DJ John Peel who championed the bands debut UK release It’s All Fun & Games Til Someone Loses An Eye and had the band record a session for his show that gets repeat broadcasts to the present day.

The ‘Strachan/You Can Only Love Someone’ double a-side single won many more friends, plaudits and award nominations (pipped to the Best Irish Single gong by Ash’ A Life Less ordinary …no shame in that) as did the bands follow up LP ‘For The Want of Some Better TV’ and the band were an ever-present on the gigging circuits of Ireland and Britain earning a reputation for spikey punk-pop, acerbic, witty lyricism, terrace-chant chorus’ and ultimately for fiery live performances.

Though The Hitchers officially de-mobbed in 2001 they have, over the years, regrouped for one-off shows and mini-tours. Media interest in the band is rekindled biennially around the time of World Cups and European Championships which led to Guardian readers voting ‘Strachan’ the ‘greatest football song EVER’. Warner Bros Germany approached the band for permission to use the song on ’11 Freunde -the album’ where The Hitchers would find themselves in a rarefied air scenario -rubbing shoulders with some of their own biggest heroes including Billy Bragg, The Wedding Present, The Proclaimers, New Order and Half Man Half Biscuit.

So this year when the ‘football song world cup’ rolled around on the beeb they heartbreakingly went out on penos to Pop Will Eat Itself -who in turn were themselves dispatched by eventual champions The Proclaimers.
Still Strachan did well and at this years shows there’ll be some newly unearthed 33rpm 7″ vinyls and tees to match.

In their own words: Niall Quinn -“In the UK it’s fair to say The Hitchers are mainly remembered for Strachan. That was the tune that got played most and still gets played and knocked about and that stirs up interest when the world cup or the Euros roll around.

Then in Ireland, despite the fact Strachans fellow ‘Fun & Games’ single Killed It With My Bare Hands gave us our highest chart placing I sometimes think it’s more the Red Mohair Jumper/She’ll Be Sorry era stuff that immediately preceded Strachan and the two albums that rings bells with people. Then, more locally again, when you come home to Limerick there’s this palpable thing about the ‘teenage’ Hitchers -the one with Eoin and Benny and Bombs in Baskets of Fruit. So I tend to think of The Hitchers less like a band and more like Dallas. There’s some characters involved integral to the story who are only in it for the first couple of seasons. But still the story runs…”

Catch The Hitchers in Ireland this November.

Special guests joining us for all three shows are The Netherlands own very finest Cooper. They are a force of nature who will hopefully not utterly hand us our asses.

The friendship with Cooper now spans nearly 30 years and goes back to a teenage Niall Quinn gate-crashing the 21st birthday party of Cooper frontman René Van der Zee. Over the years there have been multiple collaborations with Niall supplying lyrics to songs on a couple of Cooper albums and Cooper performing as hired guns on Nialls Theme Tune Boy LP Return of the Living Dead which was produced by René.

Related Topics:dolansThe Hitchers
Up Next