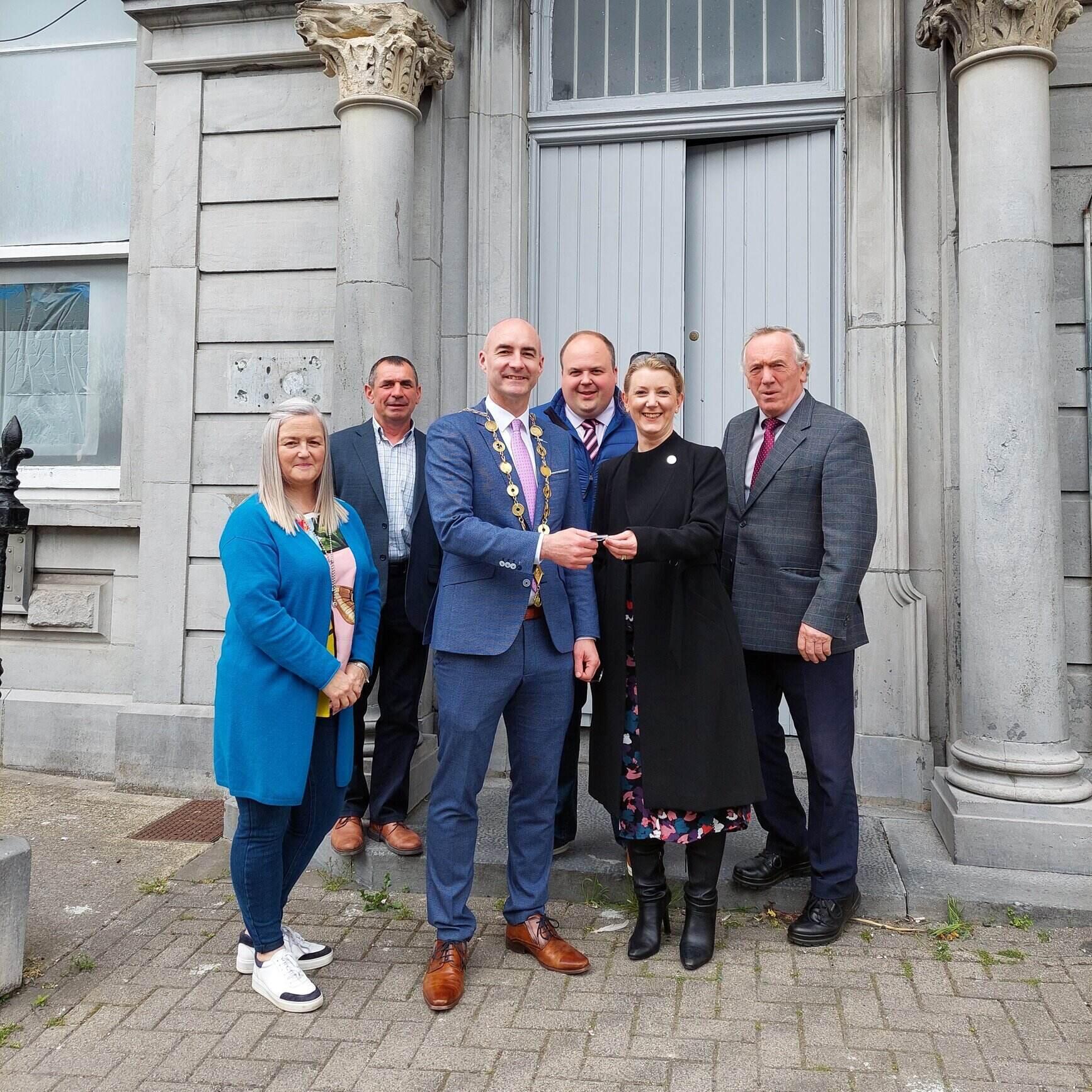 Bank of Ireland branches located in Abbeyfeale, Askeaton, Bruff and Rathkeale have been purchased by Limerick City and County Council

Limerick City and County Council have confirmed the purchase of four former Limerick bank branches to be repurposed for community use.

The decision to purchase these buildings follows an announcement made by the Bank of Ireland in 2021 that it was to close 100 branches across the country.

The ruling was due to a significant change in the company’s physical footprint in the last decade, with digital business increasing by one third.

Branches in Abbeyfeale, Askeaton, Bruff and Rathkeale closed their doors in October of last year – around the same time the council was reviewing its strategy regarding improving community facilities and remote e-hubs around the county.

The council sought out the four branches, which presented a unique opportunity to acquire landmark buildings in the centre of some of Limerick’s key towns, with the hope of repurposing them to provide a valuable service to the communities surrounding them.

An agreement has now been reached between auctioneering firm Sherry Fitzgerald, who has been handling the sale of the buildings, and Limerick Council.

An application for funding to upgrade these buildings will be submitted to the Department of Community and Rural Affairs later this year.

Communities surrounding the banks were delighted to hear an agreement had been reached, as many feared the buildings would lie dormant for years to come.

Mayor of Limerick City and County, Cllr Daniel Butler, received the keys to the old Bank of Ireland branch in Rathkeale on Monday, May 9 from Roisin Crotty of Bank of Ireland, marking the beginning of a new future for the bank buildings.

For more information on the Bank of Ireland buildings, go HERE