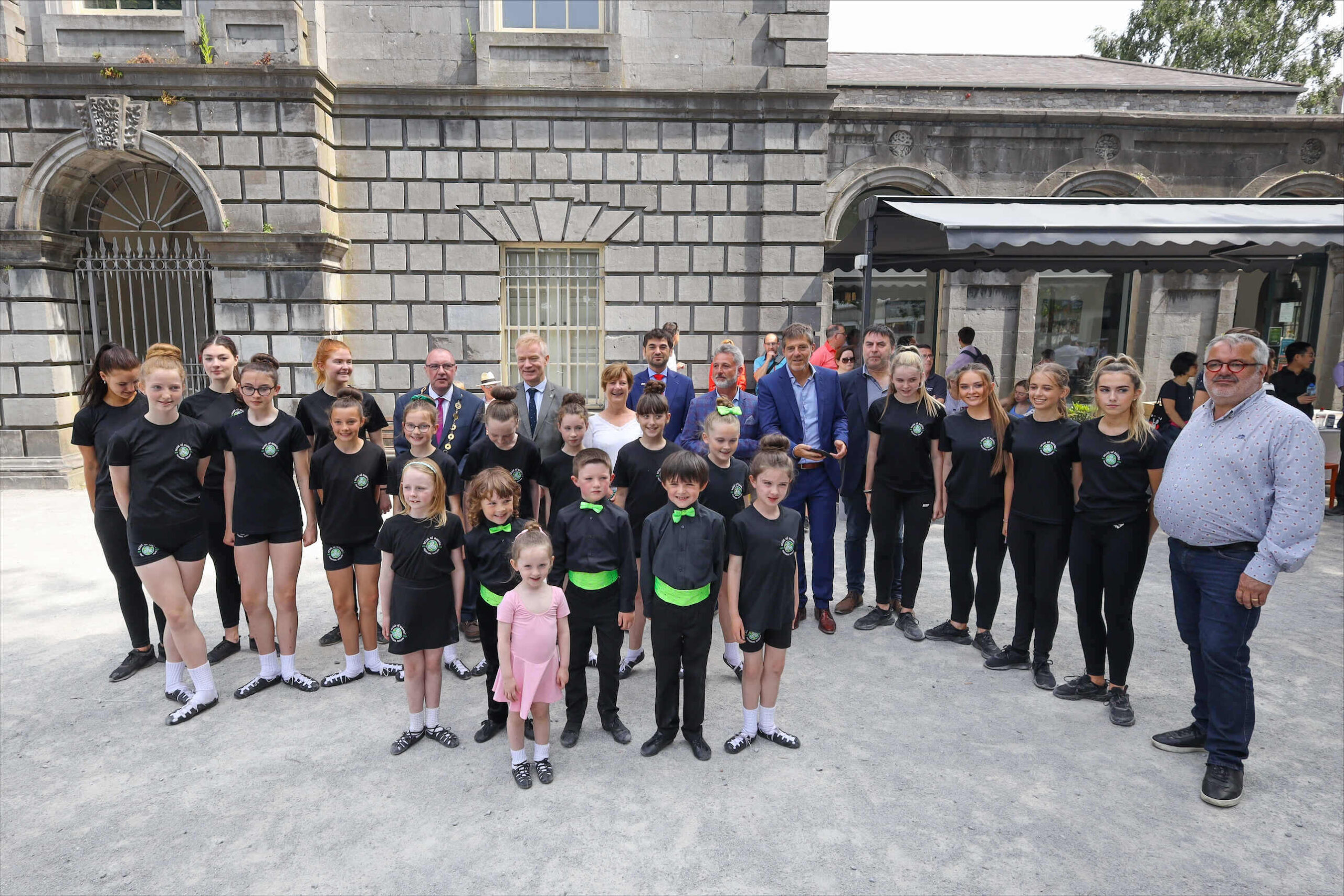 On August 3, Limerick City will feature on RTÉ Nationwide with a programme dedicated to Limerick Bastille Day Wild Geese Festival 2022

On Wednesday, August 3, Limerick City will be the focus of RTÉ Nationwide with a programme dedicated to the tremendously successful third edition of the Limerick Bastille Day Wild Geese Festival which was held from July 15 to 17.

The Nationwide team came to Limerick on Saturday 16th to film the festival’s afternoon of activities in the Hunt Museum garden, including the Living History Camp set up by reenactors from En Garde, the Franco-Irish Historical Society, showcasing the uniforms, guns and objects used by Irish soldiers who fought in the armies of France between 1635 and 1815. The afternoon also included a boules tournament and performances from students of the Limerick School of Music and members of the St Mary’s Prize Band, as well as a special dance routine prepared for the occasion by students of Scoil Uí Ruairc (some of them as young as six!).

Later that day, the Nationwide team filmed the Honora French & Irish Sustainable Couture Show at St Mary’s Cathedral, a sold-out event attended by nearly 500 people and in which over thirty French and Irish designers displayed their latest creations. This exceptional event was organised as part of this year’s festival in partnership with the Holman-Lee Agency and the Embassy of France in Ireland and with the support of the Limerick City & County Council and a number of sponsors (Hugh Campbell Hair Group, the Beauty Atelier, Legato, Canteen, No1 Pery Square, O’Briens Wine and La Patisserie). One of the aims of the fashion show was to promote a more sustainable and inclusive fashion industry. The event was attended by Deputy Mayor Cllr Kieran O’Hanlon and His Excellency Vincent Guérend, Ambassador of France to Ireland.

Commenting on the event, Dr Loïc Guyon, Honorary Consul of France in Limerick and founder and co-organiser of the festival said, “The Honora French & Irish Sustainable Couture Show was named after Lady Honora Burke, Patrick Sarsfield’s wife, whose looks and charisma made a strong impression on the royal court of Saint-Germain, near Paris, where she and her family settled after the Flight of the Wild Geese in 1691. The show which was held in the magnificent surroundings of St Mary’s Cathedral was organised with the utmost professionalism by the Holman-Lee Agency and put Limerick in the spotlight of the fashion world for one night. Some attendees said that the show was on par with the kind of fashion shows one would see in Paris and this was our objective from the start. I am really grateful to Celia Holman-Lee and Asta Lee for all the efforts they put into it and I feel privileged to have worked with them to make this amazing event happen in Limerick.”

The festival concluded on Sunday, July 17 with a ceremony and concert at King John’s Castle during which the Irish Chamber Orchestra and special guests performed “Symphony 32”, a musical piece written by French composer Erick Falc’Her-Poyroux in honour of the centenary of Ireland’s partial independence and conducted by Irish-French maestro Robert Houlihan.