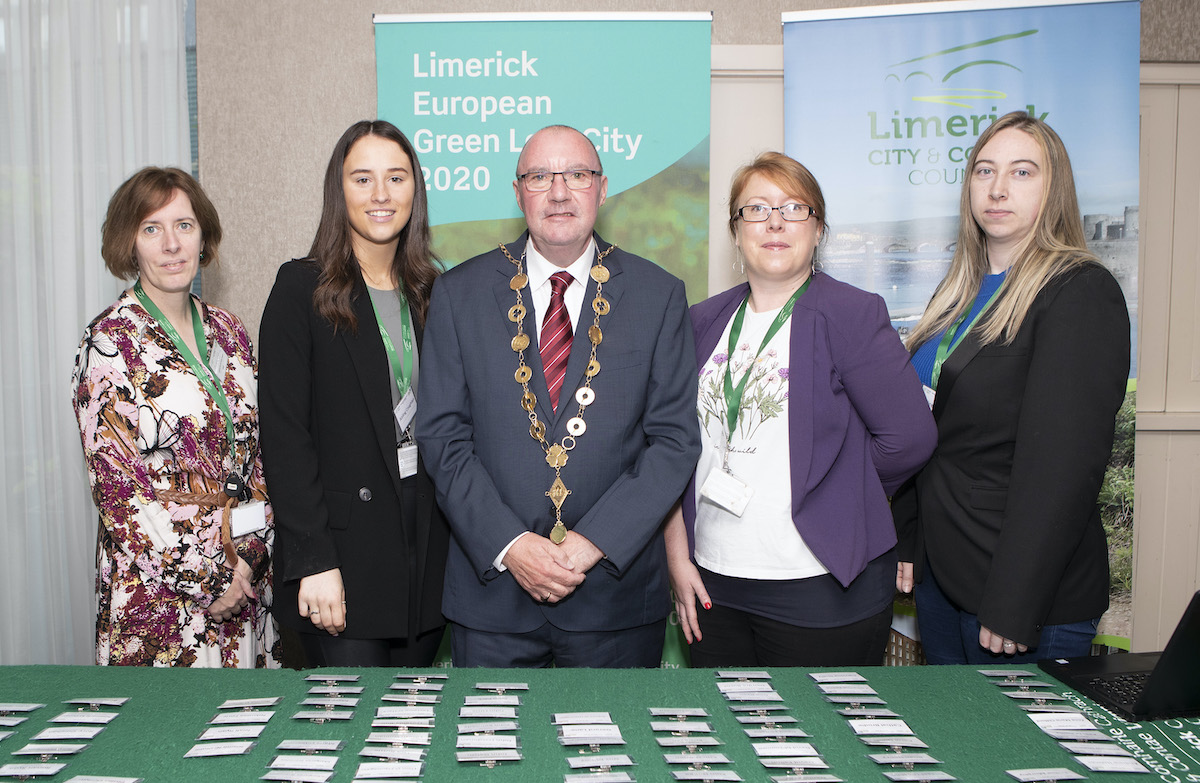 A large international conference was hosted by Limerick City and County Council in Limerick and focused on how local authorities can help to address the Biodiversity Emergency that Ireland is facing.

The Limerick Biodiversity conference heard from different experts on how biodiversity in Ireland has suffered a severe decline in recent decades with the result that almost a quarter of all species are threatened with extinction.

Case studies for Europe were presented which showcased examples of where concerted actions by local authorities, often working in collaboration with local communities, were able to address biodiversity issues to create a more diverse, healthy living environment.

The delegates highlighted the need for local authorities and other public bodies to take the challenge of addressing biodiversity loss more seriously and to incorporate biodiversity targets in all aspects of their work.

Mayor of the City and County of Limerick Cllr Francis Foley said, “There are so many examples of international, national, and local best practices that councils can draw on to deliver better outcomes for biodiversity. By their very nature, local authorities are ideal organisations to champion the drive to improve our biodiversity and address the current biodiversity emergency. I am hugely encouraged by the enthusiasm for learning and action that already exists within professionals and communities to drive forward real change.”

The conference was organised by Limerick City and County Council in partnership with the National Biodiversity Data Centre. It was due to be held in 2020 during Limerick’s designation as a European Green Leaf city.

Dr Liam Lysaght, Director of the National Biodiversity Data Centre stated: “What the conference has done is highlight some of the wonderful initiatives and actions that are already happening in local areas, that span the spectrum from large scale state-supported, to a smaller community and more voluntary focussed initiatives. The conference looked at the success and lessons of some of these and called on local authorities to adopt more of these initiatives locally with a view to greatly upscale efforts to address local biodiversity loss.”

In his address to the conference Minister Malcolm Noonan, Minister for Heritage highlighted the hugely important role that local authorities play in shaping policies and actions at the local level. The emerging fourth National Biodiversity Action Plan will include ambitions for local authorities with regard to biodiversity, and the appointment of Biodiversity Officers within each local authority will assist the process.

The Minister thanked Limerick City and County Council and the National Biodiversity Data Centre for taking the initiative to host his important conference and he welcomed the opportunity to be presented with recommendations from the conference.