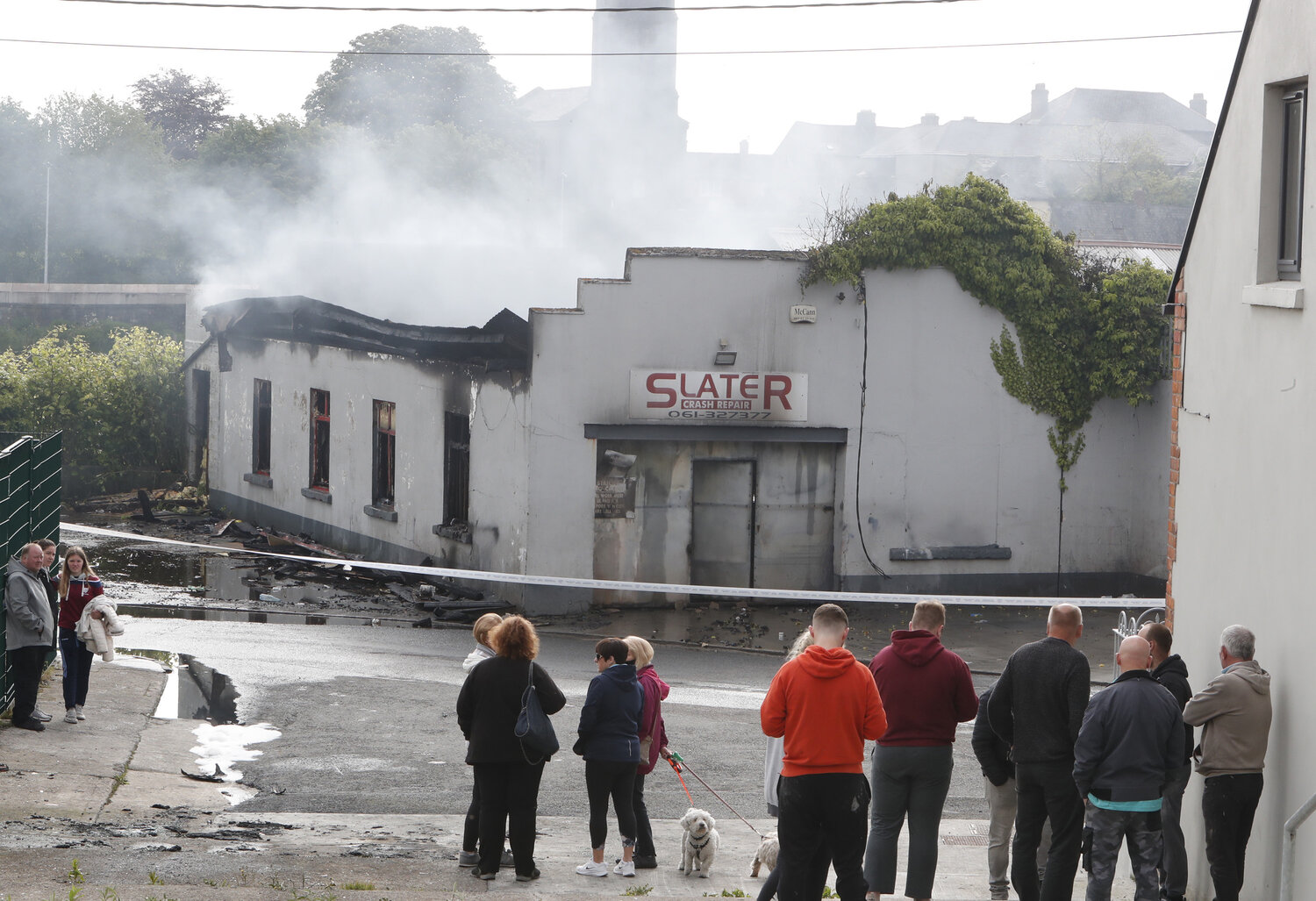 James Ward and the Limerick community pulled together and set up a GoFundMe page and in just 7 days raised just over €14,200. Picture: Liam Burke/Press 22

Over €14,000 has been raised in funds for popular Limerick business Slater Crash Repairs which was tragically destroyed in a suspected arson attack.

Slater’s Crash Repairs which is located at Old Thomondgate, was completely destroyed by one of the suspected arsons Saturday morning.

However, in James Slater’s time of need, James Ward and the Limerick community pulled together and set up a GoFundMe page and in just 7 days raised just over €14,200.

“Gardaí and fire services attended both scenes and a technical examination has since been completed. No arrests have been made and the investigation is ongoing.”

“I got a call about 5.30am, and they said the place was on fire) We are here fifty years easily, my dad Jimmy Slater ran it before me, now it’s just myself and my brother and we have two or three lads here.”

James Ward, the organiser of the fundraiser wrote: “As most of Limerick will know James Slater and the work he has done for people and the people he has helped over the years.”

Last night on the 14th of May his business was taken away from him so as a community I feel it would be nice for us to repay a hard working man like James. If it is a couple of Euro lads it would be a kind gesture to try and get the man back his livelihood.”

Henry Kiely, donator to this fundraiser wrote, “James, best wishes and please God you will be back up and running soon. All the Slaters are salt of the earth people, true sodacakes.”

Related Topics:Slater Crash Repairs
Up Next