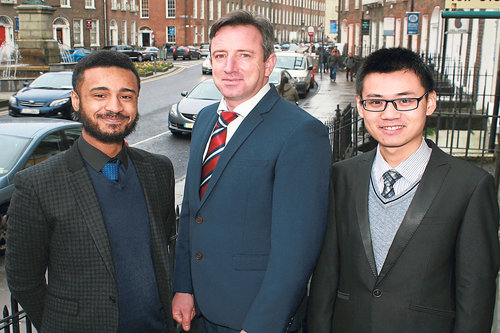 Cybersmarties is similar to existing social networks such as Facebook. Similar to Facebook the site has like, share and commenting functions. The network is aimed at primary school aged children from the ages of 6 – 12. No adults are allowed on the site, however school teachers act as ‘moderators’, and as a way to verify the identity of children signing up.

Users of the site are authenticated via registration through their school, making the site predator free.  Cybersmarties.com is a fully interactive network, allowing children from across Ireland the chance to make friends safely. Children make friends on the site through their common interests in sports, music, films, etc. Using behavioural based messaging system, kids are taught how to use social media. The messenger app in the site has a behavioural content filter which blocks negative words. If users of the site try to use a word that is listed as negative they will be unable to send the message.

While the system used to block out negative words and variations of negative words is very robust, it cannot filter everything, but it is a promising start. Cybersmarties.com has many other features designed to ensure children do not engage in cyber-bullying. Each day, 7 days a week, each child receives a positive message or video. The time spent on the site per day is limited, so children do not create an unhealthy or addictive relationship with the internet.

There is an annual charge of €20 for use of cybersmarties.com. Giving the age of the users of the site this will most likely be paid by a parent using their credit card. This also ensures a further level of security, plus a guarantee the web site is free from advertisements.

Cybersmarties.com aims to be a safe and fun place on the internet for children, eliminating the risk of cyberbullying from an early age.

The Quiz in Aid of Milford Hospice