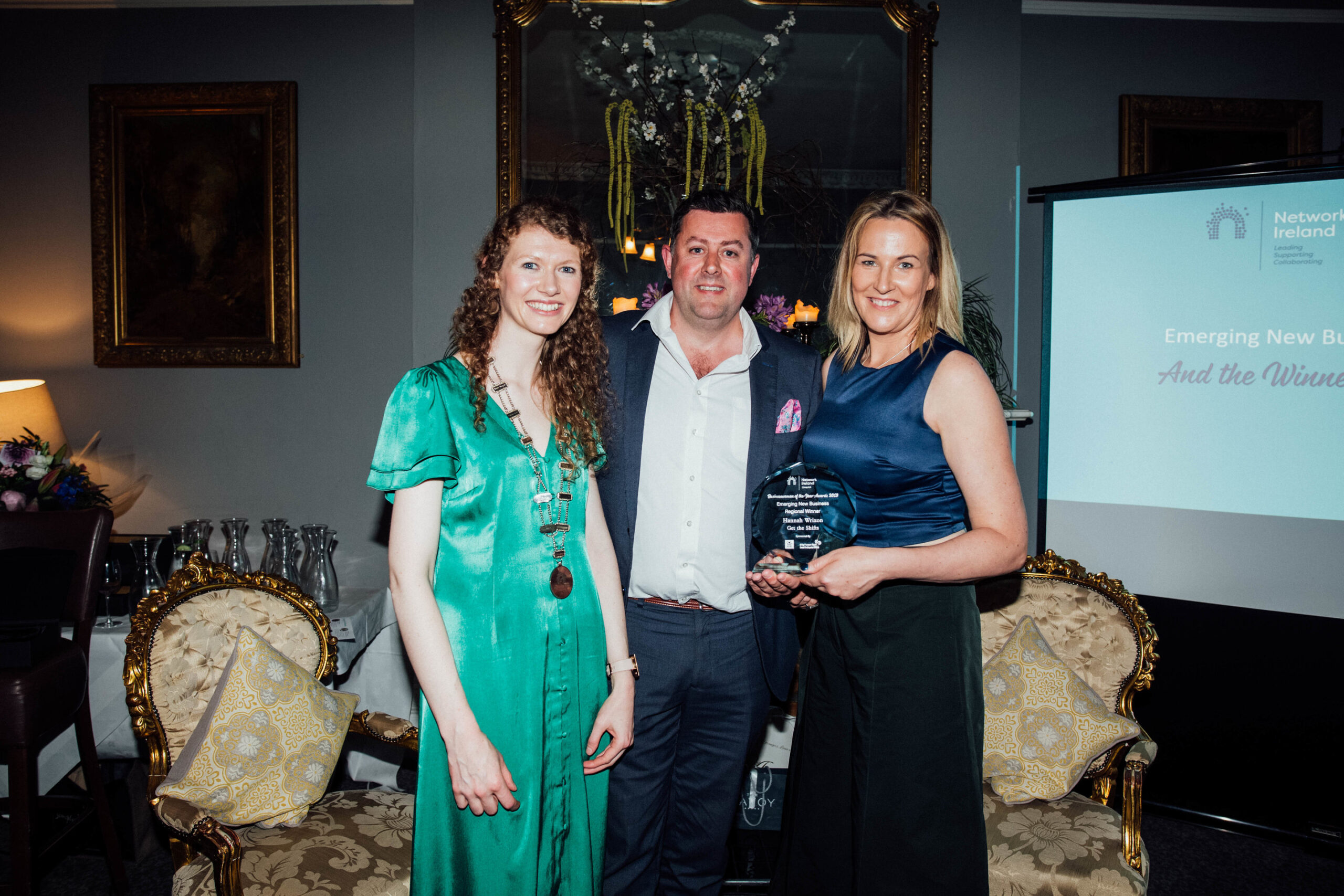 Limerick Businesswoman of the Year Awards 2020 finalists have been announced. Pictured above is Hannah Wrixon, CEO, Get the Shifts, who won the Emerging Business Award at regional and national level in 2019. She’s with Network Ireland Limerick past president Catriona O’Donoghue and Patrick O’Sullivan, awards judge. 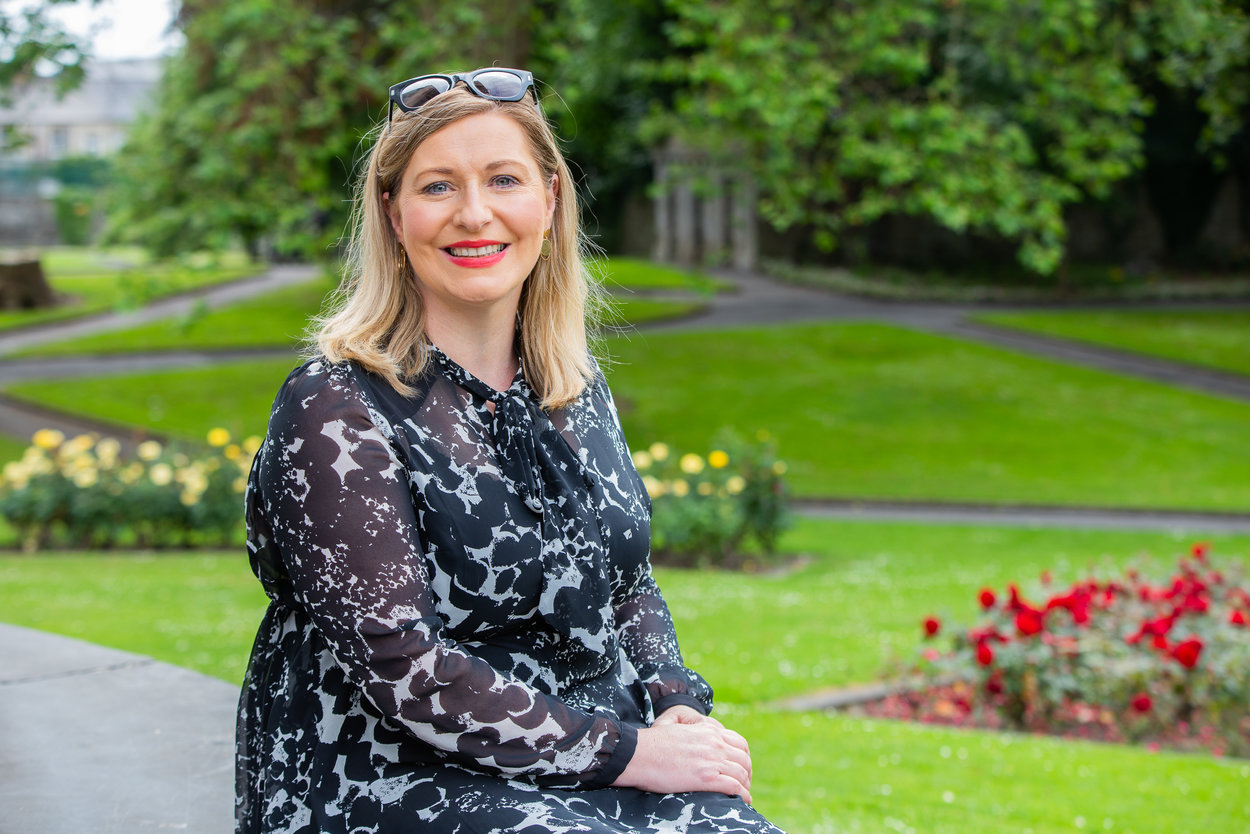 Karen Brosnahan, Shannon Regional Conference & Sports Bureau who has been nominated in the ‘Power Within’ Category. Picture: Cian Reinhardt /ilovelimerick

The finalists of the Limerick Businesswoman of the Year Awards 2020 have been announced.

Because of public health restrictions, the virtual awards ceremony, which will feature guest speaker Dr Sinead Kane will be streamed online from the Savoy Hotel on August 27.

Representing a broad range of businesses, everything from garden centres to hotels to professional services.

The Network Ireland Limerick Businesswoman of the Year Awards, sponsored by LEO Limerick and AIB, will be hotly contested by 24 businesswomen across 5 categories this year.

Entries were spread across 5 categories: Business Innovation, Emerging New Business, Solo Businesswoman, Transformative Employee and the ‘Power Within’ Champion. Most categories are new this year and were introduced to recognise the unprecedented challenges presented by the pandemic; transforming how a business operates while caring for family and others, remote working, coping with a period of isolation or all of the above.

The winners of each award category will go on to compete at the Network Ireland National Businesswoman of the Year Awards which will be announced on October 2nd. This event will also combine live, on-stage and streaming elements. Several Limerick branch members have been successful in the past and include Hannah Wrixon, Get the Shifts, who took home a national award in 2019 and Caroline Dunlea of Core Optimisation in 2018.

Speaking about the upcoming regional awards, Petrina Hayes, President of Network Ireland Limerick said, “Our annual Businesswoman of the Year Awards have been transformed this year to reflect the vastly altered working world in which we all find ourselves. 2020 has become a time for reflection, drawing on the power within ourselves to transform and create a new way forward. We are delighted to have the opportunity to acknowledge our members who have demonstrated how strong, capable, and courageous they are in a time of crisis.”

The finalists of the Network Ireland Limerick Businesswoman of the Year Awards for 2020 are:

All of the above PLUS

Bookings: Places are limited to the finalists and judges

Sinead doesn’t let her disability hold her back and is living life to the full. Within the space of three months, Sinead Kane was awarded two PhD doctorates. In October 2017, she received an honorary PhD from the National University of Ireland. In December 2017, she was awarded her academic PhD from Dublin City University.

She is also the first Irish female to do the world marathon challenge. Sinead and her guide runner [John] completed their first Marathon of this challenge at Union Glacier, Antarctica followed by running a Marathon in Punta Arenas (South America), Miami (North America), Madrid (Europe), Marrakech (Africa), Dubai (Asia) and finally Sydney (Oceania).

The above achievements are admirable but are even more so when one considers that Sinead only has 5% vision and is registered as legally blind. Sinead has overcome a lot of adversity throughout her life and now wants to help others. Sinead proves how those who persist in spite of a disability can develop determination, motivation, and creativity.

AIB are partners with Network Ireland and support the organisation at both a national and regional level.

For more information on the Local Enterprise Office, click HERE

Related Topics:Awardlimerick businesswoman of the yearNetwork Ireland Limerick
Up Next

US Bath Fitter Company to create 42 new jobs in Limerick