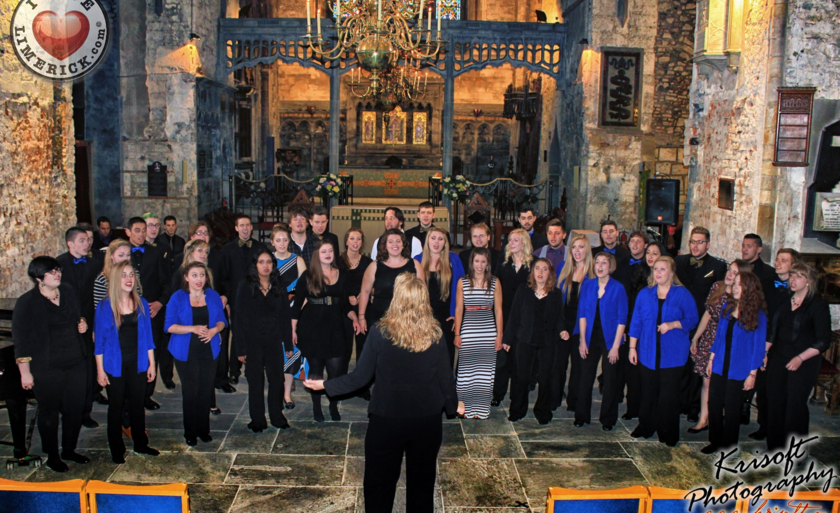 This weekend welcomes the return of the Limerick Choral Festival 2016. With all festival events open to the public it’s set to be a great few days filled with enjoyable music. Directors of the event include Dr. Michael O’Brien, who has been deeply involved in the festival for 10 years & Mr. Timothy Schinnick. The festival is now in its eleventh year and is bigger than ever.

The tradition of a major choral event in Limerick stretches back to the 1950’s when some interested choir enthusiasts held a festival of plain chant in the city’s Cathedral of St. John the Baptist, which ran successfully for approximately ten years. This was essentially aimed at school choirs to foster a love of choral music among those taking part. The prime objective of this initial event was rewarded with the graduation of these same young people into some of the finest church choirs throughout the city.

Limerick has a rich tapestry of choral music tradition with established choirs such as Limerick Choral Union celebrating 50 years, and new choirs emerging all the time as more and more people discover the sense of well-being they get from singing and the joy music can bring to their lives

The festival will take place over 3 days and grace 5 different churches within the city. This festival will showcase the rich tradition of choral music in Limerick city and county and will feature performances by 50 regional choirs booked to perform over the weekend.

“Augmented by choirs from Clare, Galway, Waterford, Sligo, Kilkenny, Dublin, Cork, Tipperary and Wicklow, a total contingent of over 50 choirs will make up this year’s event – performing a variety of choral pieces ranging from church/sacred music, gospel to early music, and various contemporary compositions of all types.”

The adjudicators over the weekend will be Dr. Ite O’Donovan & Dr. Paul McKeever and for 2016, responsibility for the event has once again been assumed by the Limerick Choral Festival Society, which is committed to its development internationally over the coming years.

In addition to the festival The Palestrina Choir, set to open and unveil the weekend this Friday 26 at 7.30pm in St Joseph’s Church.

“This choir, consisting of 28 boy choristers and 12 gentlemen, is regarded as one of the finest cathedral choirs in Europe. Since its founding in 1903 it has recorded and travelled extensively as well as singing many times a week at liturgies at the Pro-Cathedral, the Mother-Church of the Archdiocese of Dublin”.

You can keep up to date on their site here.
You can like them on Facebook here.