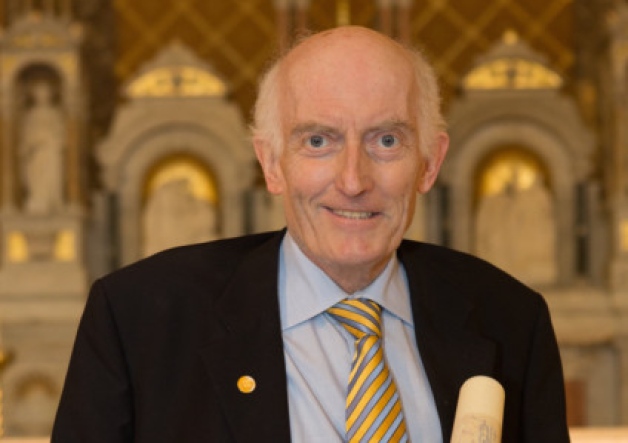 Limerick Choral Festival Society is hosting a concert on Saturday October 11th at 8pm in St. Joseph’s Church, O’Connell Avenue, to mark the official launch of ‘The Joe O’Connor Perpetual Memorial Cup’ for Choir of the Year.

Joe, from O’Connell Avenue, was just 60 years of age when he passed away on May 17th last year after suffering from a short illness.

In 2005, he founded the Limerick Festival of Church Music (now Limerick Choral Festival), which takes place annually in the city over the first weekend of March. This festival attracts choirs from all over Ireland.

The Limerick Choral Festival aims to promote the development of choral music with special emphasis on the realm of church/sacred music in the city, wider region and throughout the country.

Next year, the festival celebrates its 10th anniversary and 2015 will see this cup introduced as its most coveted award going forward.

As Joe was also very heavily involved in the organisation of Féile Luimní for many years, the organising committee is honoured that Mr. John Doyle, President of Féile Luimní, has accepted their invitation to launch the award on the night.

The concert promises to be a spectacular evening of choral music and will feature ‘The Wexford Ladies Choir’, ‘The Curraghgower Singers’, and ‘Parteen National School Choir’. Doors open at 7.30pm and all are welcome to come along and join in on the night!

The Limerick Choral Society is committed to fostering mutually beneficial links with other like-minded agencies and bodies, especially church choirs and music groups throughout Limerick City and County, along with:

If you would like more information on the Limerick Choral Festival you can visit their website here!

Or you can read more about choral music in Limerick here!

Ring O’Roses gives back to Community