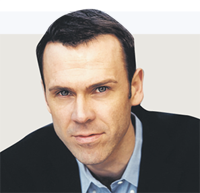 You can view the article by clicking on the preview.

Highlights of my year with I Love Limerick

The Limerick International Fashion Student Awards 2013 were organised by the Holman Lee Agency and took place in October in the former Franciscan Church, Henry Street, which was transformed on the night into a spectacular setting for one of the most amazing fashion presentations ever held in Limerick.  Fashion students representing 18 colleges and universities from across Europe, Britain and Ireland participated in the prestigious competition for the €10,000 prize. Caroline Mulhern, a student at the University of Salford in the UK was selected as the overall winner by the panel of renowned judges.

Doras Luimní is an independent, non-profit, non-governmental organisation that promotes and upholds the human rights and wellbeing of migrants at a local and national level and in October, they had the official opening of their new offices in O’Connell Street in the United Presbyterian and Methodist Church in the city centre. For more info please visit www.dorasluimni.org or call Doras Luimní at 061 310328.

In September, I was honoured to ask to speak to 1st and 2nd year students from Gaelcholáiste Luimnigh as part of a C.S.P.E. Action Project organised by one of the 3rd year classes and their teacher Croídhe Ní Ghloinn during the school’s Anti-Bullying Campaign. Two 3rd year students, Rebecca Waters and Olivia Bennett asked me to speak to some of the students about my experiences of being bullied as a child. During the talk to the students, I expressed the positive notion that individuality should be embraced and not something to be ashamed of, as many young people feel when they are being subjected to some form of bullying. To see documentaries about bullying visit www.youtube.com/Richanthon.

In September, hundreds of volunteers from around the city shared their community spirit at the highly anticipated grand finale of the 2013 Limerick Going for Gold competition in the Strand Hotel. The four categories were: the Community Challenge; Individual Merit; Most Beautiful Front Garden; and Tidy Towns. I was the MC for the event and I told the audience that they put the ‘love’ in Limerick as every single person in the room was there to help their city be a better, brighter place to live. The overall winner of Going for Gold Tidy Towns competition was Annacotty, winning €15,000. The winner of the Community Challenge with a grand prize of €3,000 was South Limerick City Residents Association. Congrats to everyone who took part!

In September, the annual Limerick LGBTQ Pride festival was a huge success with ten days of action for Equality, Love, Diversity and Celebration and this year the festival highlighted the Marriage Equality campaign, urging LGBTQ people, their families, friends and supporters to wear pink to the parade in a show of support. The Parade while being a fun day out for most people with a strong party atmosphere is something that cannot happen in places like Russia, which makes me value the event even more. Two lovely Limerick ladies, Chloe Heslin, the Limerick Rose and Shauna Lindsay, our current Miss Limerick, accompanied me in the Parade and we had a ball! To see a video of the day go to the media section of ILoveLimerick.com now.

For two weeks in September, a unique art exhibition charity fundraiser took place in the shops of Roche’s Street. Both established and up-and-coming artists placed some of their best works of art on display in shop windows along the popular thoroughfare. For the last ten years, artists have been contributing to the festival, which this year raised money for the Mid-West Branch of the Parkinson’s Association of Ireland and the St Vincent’s Daughters of Charity in Lisnagry.

In August, Paul O’Connell and JP McManus officially launched a lapel pin to promote pride in Limerick city and county at the Hunt Museum, Limerick. ‘Design a lapel pin’ competition was a new category in the Going for Gold initiative, a campaign sponsored by the JP McManus Charitable Foundation to get communities and businesses in Limerick working together to clean up the city. The seven week competition to design a lapel pin that instills pride in Limerick was open to all primary, secondary and third level students in Limerick City and County. The overall winning entry was from Anna Kinsella, an 11 year old student at St. Patrick’s Girls National School. Anna was among 700 entrants to the competition. The lapel pin is available free of charge in selected locations throughout the city including the Hunt Museum and the Limerick Leader office. To see a video about the launch go to ILoveLimerick.com.

The Cliona’s Foundation Cycle, now in its 6th year, took place in August from the Honeyfitz Theatre in Lough Gur. I was the MC at the event and this years’ cycle attracted large numbers particularly with three popular celebrities taking to their bikes on the day in support of the Foundation that provides financial assistance to critically ill children. Rugby legend David Wallace, singer and TV Presenter Leanne Moore and Ireland Women’s Rugby Team player Joy Neville, each have carved national and international fame in their own right and have supported Cliona’s Foundation over the years. See www.clionasfoundation.com for more info.

The 4th Pink Ribbon Walk took place in June in the beautiful lakeside towns of Ballina/Killaloe and brought together women and men, young and young at heart, to walk together in aid of Action Breast Cancer. To see all of our coverage of the event including a video and some amazing photos visit ILoveLimerick.com now.

Youth of Limerick comes together to Stop Limerick Dog Litter

In April, Limerick City Tidy Towns took a lead from scouts and girl guides on eradicating dog litter as a large troop of scouts and Irish girl guides from across city and environs made their opinions about dog litter heard by marching through the centre of Limerick chanting anti-dog litter slogans. The youths all gathered at City Hall and I Love Limerick was there to film the event and it was inspiring to see these kids all working towards a common goal. The message is simple – Always carry a bag and bin it. Show your support for this initiative by cleaning up after your dog and encouraging others to do the same. Go to ILoveLimerick.com to see a video of the youths Stop Limerick Dog Litter protest. For further info see www.facebook.com/StopLimerickDogLitter.

If anyone wants to keep tabs with what I am up to around Limerick, you can catch me on Facebook and Twitter @Richanthon. If you have a good news story about Limerick I could share on this page, you can contact me via email at [email protected] Look forward to hearing from you!

Love to you all

You can browse and read previous Limerick Chronicle Columns here.