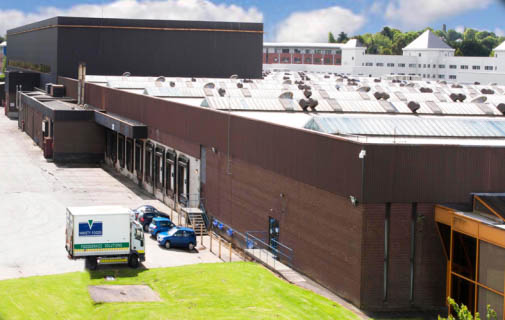 LIMERICK, IRELAND- Limerick City and County Council has announced that it has agreed terms on the purchase of a 350,000 sq foot building in Plassey as part of its strategy for infrastructural development. It is proposed that the building will house a major international media hub to facilitate the production of film and television content and to provide support services.

The local authority remains in discussions with Ardmore Studios, Ireland’s top Film and Television Studios, for the provision of much needed studio infrastructure for the Mid-West.

The proposed location of the international studio which the Council has purchased in the region of €5-6m is a former industrial building on Plassey Park Road in Limerick, approximately 25 acres in size with 7.5 acres of development land available and 750 car spaces.

A former manufacturing facility, it was leased successfully and visited by thousands as ‘The Culture Factory’ venue for Limerick City of Culture 2014.

Welcoming the news, Limerick City and County Council Chief Executive Conn Murray said the purchase is ‘an important step in the local authority’s plan to create an international film centre and major sustainable employment in Limerick’.

“Our discussions with Ardmore Studios are continuing at pace since we first announced that we were working together late last year,” Mr Murray said. “We’re delighted that subject to finalising details, we have agreed terms on the purchase of the former Dell building in Plassey. The purchase of this building is the first step in our strategy to create major studio facilities in Limerick. The next part of the process is to finalise our discussions with Ardmore Studios. We have been encouraged by the response to this initiative.”

Mr Murray said he is hopeful that the purchase of the building will lead to major sustainable employment and the creation of a new film industry in Limerick.

“There is a clear and urgent demand for large scale studio space and support buildings in Ireland, and  many of the pre-conditions necessary for the creation of studios already exist in Limerick,” he added.

“It is evident that success is based on government support, direct investment and commitment given to the vision of those involved. We hope that this is just the start of a project which will create a new industry and a huge number of jobs locally. It’s also a logical legacy of Limerick’s year as National City of Culture 2014 and its bid to become European Capital of Culture for 2020.”