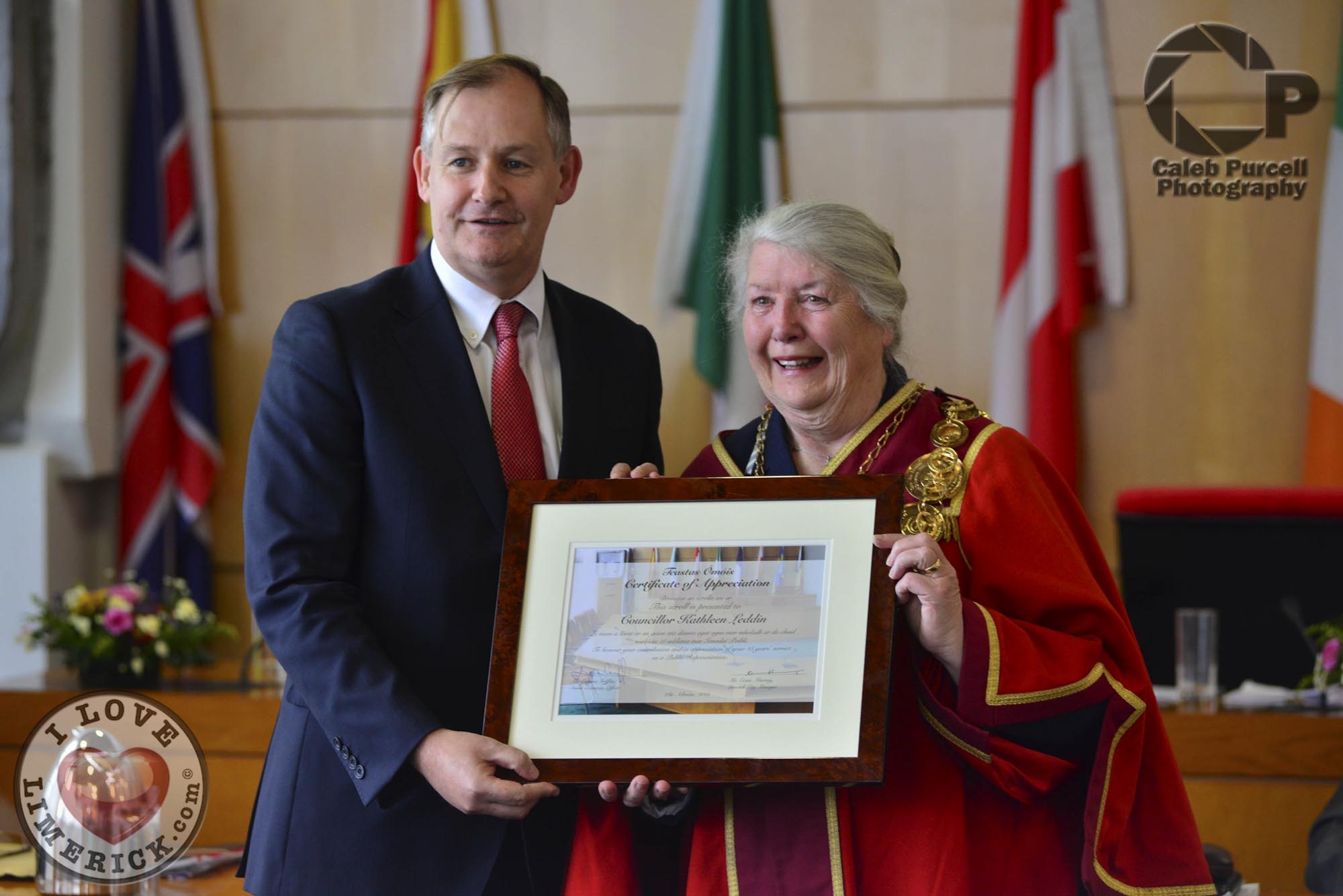 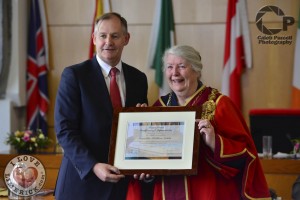 Limerick City Council final meeting Held after 817 Years- This meant closing a chapter on more than 800 years of local government history in Limerick city. Limerick’s City and County Councils are being merged into one Limerick local authority on1st June following the Local Elections. The final Limerick County Council meeting was held last Tuesday, 22nd April. The 817th Mayor of Limerick, Cllr Kathleen Leddin said while today was “a nostalgic and historic day tinged with some sadness” she was confident for the future of the soon to be amalgamated local authority.

“I’m deeply honoured to be able to address you on what is an immensely historic occasion for members and staff of Limerick City Council,” said Mayor Leddin, who will shortly retire from politics. “Those of us gathered here are immensely proud of what has been achieved by the City Council down through the centuries. This modern thriving city we know today is testament to the vision and work of so many Councillors, Mayors and staff members that have gone before us. The historic amalgamation of Limerick City Council and Limerick County Council presents new opportunities for us all and I am very confident that it will prove to be a catalyst for positive change in this city for many years to come.”

Limerick City and County Manager/Chief Executive Conn Murray said a new political and administrative structure wil be created by the impending merger of Limerick City and County Councils which represents an historic change for the local authorities. “One of the most striking features of Limerick City Council is its sheer longevity,” he said. Limerick City Council was nearly 300 years old when Columbus first landed in America, nearly 600 years old when the USA came into existence and 725 years old when the modern Irish state achieved independence. As we move towards the full merger, I am mindful of the importance of acknowledging the contribution that Limerick Corporation and later Limerick City Council has made to the City of Limerick. It has overseen the economic and social development of Limerick into a vibrant and progressive city which is now established as a proven location for international business. In recent times, it has guided the economic, social and physical renaissance of Limerick city centre through the launch of the Limerick 2030 plan. We will continue to persevere at both elected and official level in the months ahead to deliver the type of quality public services that the citizens of our new Limerick Authority so richly deserve. We will do so with one voice and one vision for Limerick.”

The Manager added that while Limerick City Council will no longer be a separate local authority, the area it formerly administered will become a metropolitan district, whose councillors will retain the right to elect a Mayor. “In this manner, the identity and traditions of the ancient city of Limerick will continue into the future,” he said. After today’s monthly meeting of Limerick City Council, a ceremonial clock was presented to Mayor Kathleen Leddin, while Elected Members received a scroll in recognition of their years of service to the Local Authority. The presentation was followed by the official opening of an Exhibition by Limerick Museum and Archives entitled “1197-2014: Limerick City Council, A Retrospective”.

PHOTOS – Rape Crisis Midwest Walk A Mile in Her Shoes