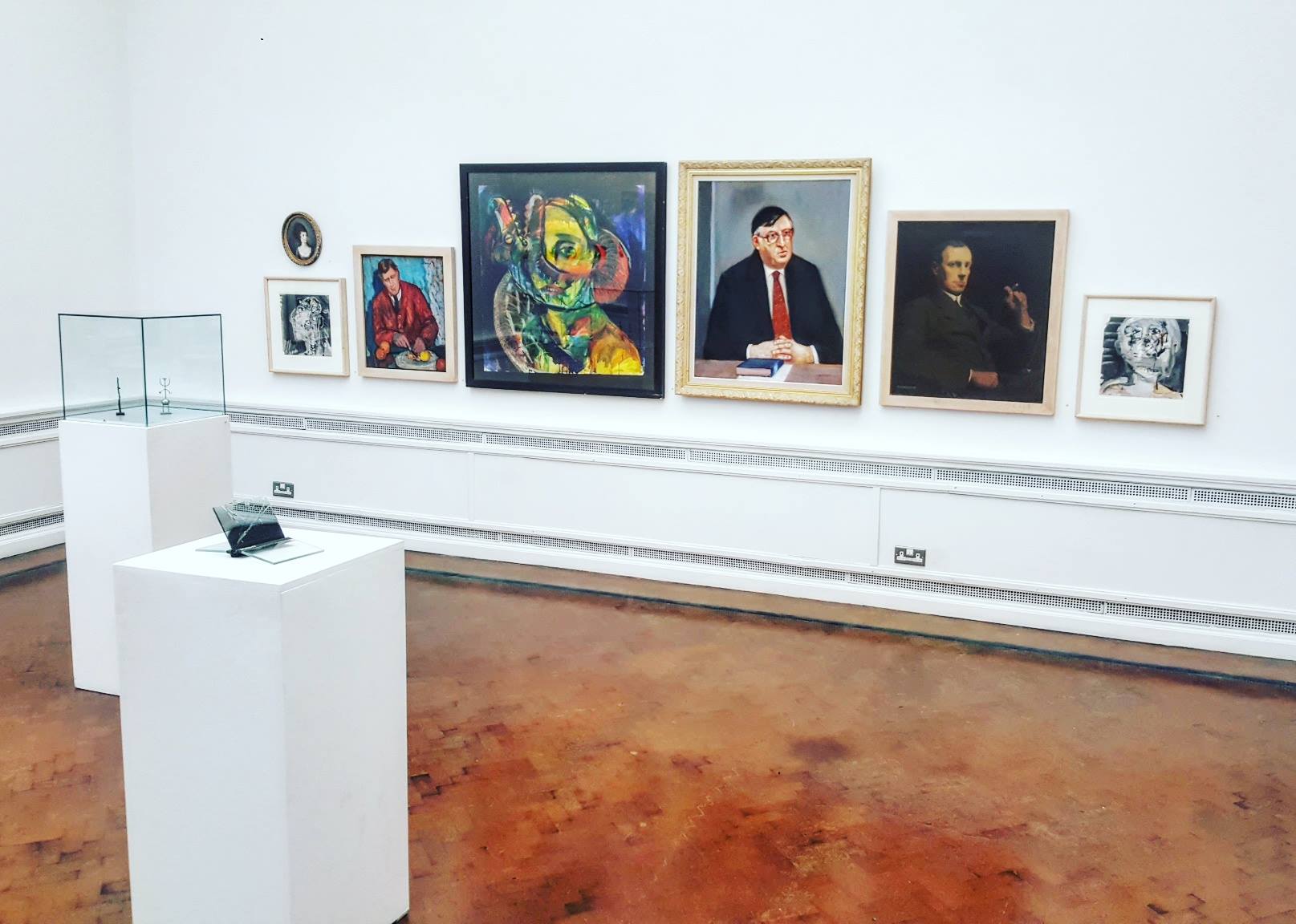 The exhibitions, which were officially opened by the Director of the National College of Art and Design, Declan McGonagle, encourage individuals from all over the city to come and have a look at what’s on offer throughout the month-long event.  Limerick City Gallery Art exhibition openings.

The three exhibitions included are Michael McLoughlin Cumann: an audio map of Limerick, Paul Murnaghan’s All Mountains Are Moving and Muintir, a selection from the Permanent Collected curated by Simon Fennessy Corcoran.

An audio map of Limerick is a project by artist Michael McLoughlin who has spent the past few months recording and drawing audio conversations and connections between people in the city, representing society in its broadest sense.

The audio conversations have been recorded in places such as Limerick Roller Derby, The Social Democrats, LGBTI Limerick, St Mary’s Park Men’s Shed and Ormston House.

The conversations acknowledge friendships, bonds, and connections between communities of interest in Limerick.

Michaels work is known as audio cartography, a process of mapping the sonic space that conversations occupy, so they can be recreated during this exhibition.

After the exhibition in Limerick, the recordings will form part of the Permanent Collection at Limerick City Gallery of Art.

Paul Murnaghan, all mountains are moving, delves into the ideas surrounding pareidolia, a psychological phenomenon involving varying stimulus, wherein the mind perceives patterns in something where none actually exist.

The process explores facets of spiritual, scientific and psychological phenomena, articulating elements that vibrate at the core of belief

The exhibit sees Paul working with a collection of small Irish beach pebbles, split and polished by his Great Grandfather early in the last century.

This once lost collection has been reassembled and central sections of the stones have been scanned at a very high definition.  The revelation of their interior imagery acts as a cipher, communicating meaning and manifesting content throughout the gallery spaces.

Thirdly, Muintir is an expression of the Permanent Collection through the eyes of the people of Limerick.

Muintir runs alongside Cumann by Michael McLoughlin, participants of McLoughlin’s audio map of Limerick were invited to select works from the permanent collection; The result of this collaboration focuses on the unique perspective each group has in relation to their interests and backgrounds, with a very important thing in common, a singular community of Limerick.

Often it is difficult to express a personal opinion or perspective on art especially when you consider yourself to be outside the “art world”, this exhibition highlights these valuable, fascinating and deeply personal perspectives which have emerged from the participating groups.

Limerick City Gallery of Art is one of the leading contemporary art galleries in Ireland and home to a very important collection of Irish 18th to 21st-century art in all media, amounting to over 831 works.