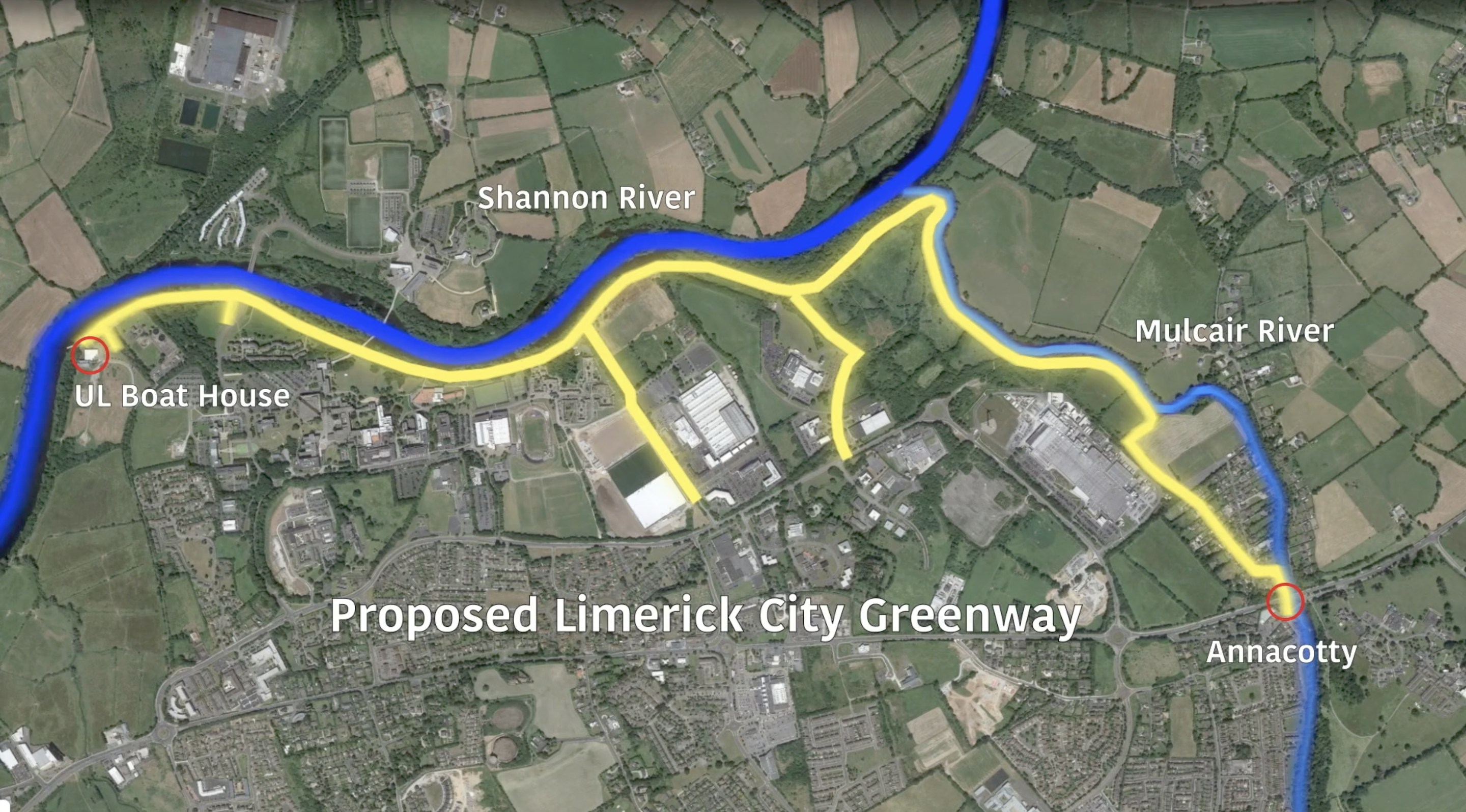 Limerick City Greenway – Details of the project and the public consultation room are available via online Public Consultation Portal MyPoint.

A virtual public consultation room on the proposed Limerick City Greenway has gone
live and offers the public an opportunity to view and comment on the proposed designs.

The virtual room will guide people through the proposals for a new fully accessible 6.8km along the new Limerick Greenway between the UL Boat Club and Annacotty village and locations in between. It will be 3.5-4.0m wide.

It is proposed to connect to the existing shared surface from Limerick City and Shannon Fields to the UL Boat Club, and provision has been made to connect to future Greenways in Co. Limerick and Co. Clare.

The project is being delivered by Limerick City and County Council’s Active Travel team and is funded by the National Transport Authority.

Limerick Active Travel plans to submit a planning application for the new Greenway to An Bord Pleanála later this year. Details of the project and the public consultation room are available via the online Public Consultation Portal MyPoint.

Submissions can be made via the virtual public consultation room up to and including Friday, August 26.

Since opening last year, over 500,000 people have visited the Limerick Greenway, which stretches 40km along the old Limerick-Tralee rail line from Rathkeale to Abbeyfeale. The restoration of greenways leading to and from Limerick has been widely praised and encouraged by members of the public.