By Richard Lynch on November 10, 2016@richanthon 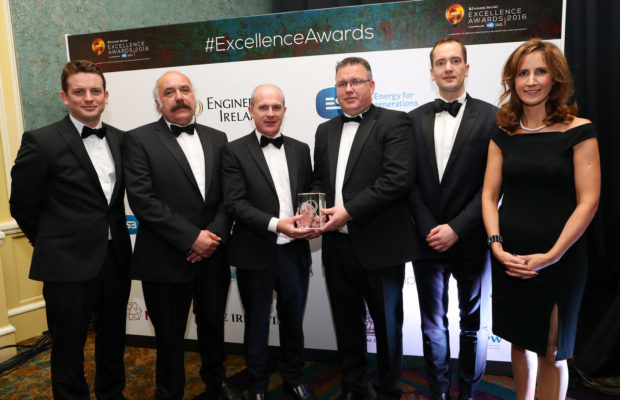 The annual awards recognise and celebrate significant and important engineering works undertaken around the country.

Limerick City and County Council were joint winners of the award with Cork City Council.

The City Quay’s project has resulted in a high quality waterside environment for public use and enjoyment of the River Shannon, as well as a unique setting for the ongoing revitalisation of the city centre.

The project was undertaken by Limerick City and County Council at a total cost of almost €5 million, with part-funding secured through Fáilte Ireland under the NDP (2007–2013) Tourism Infrastructure Programme. 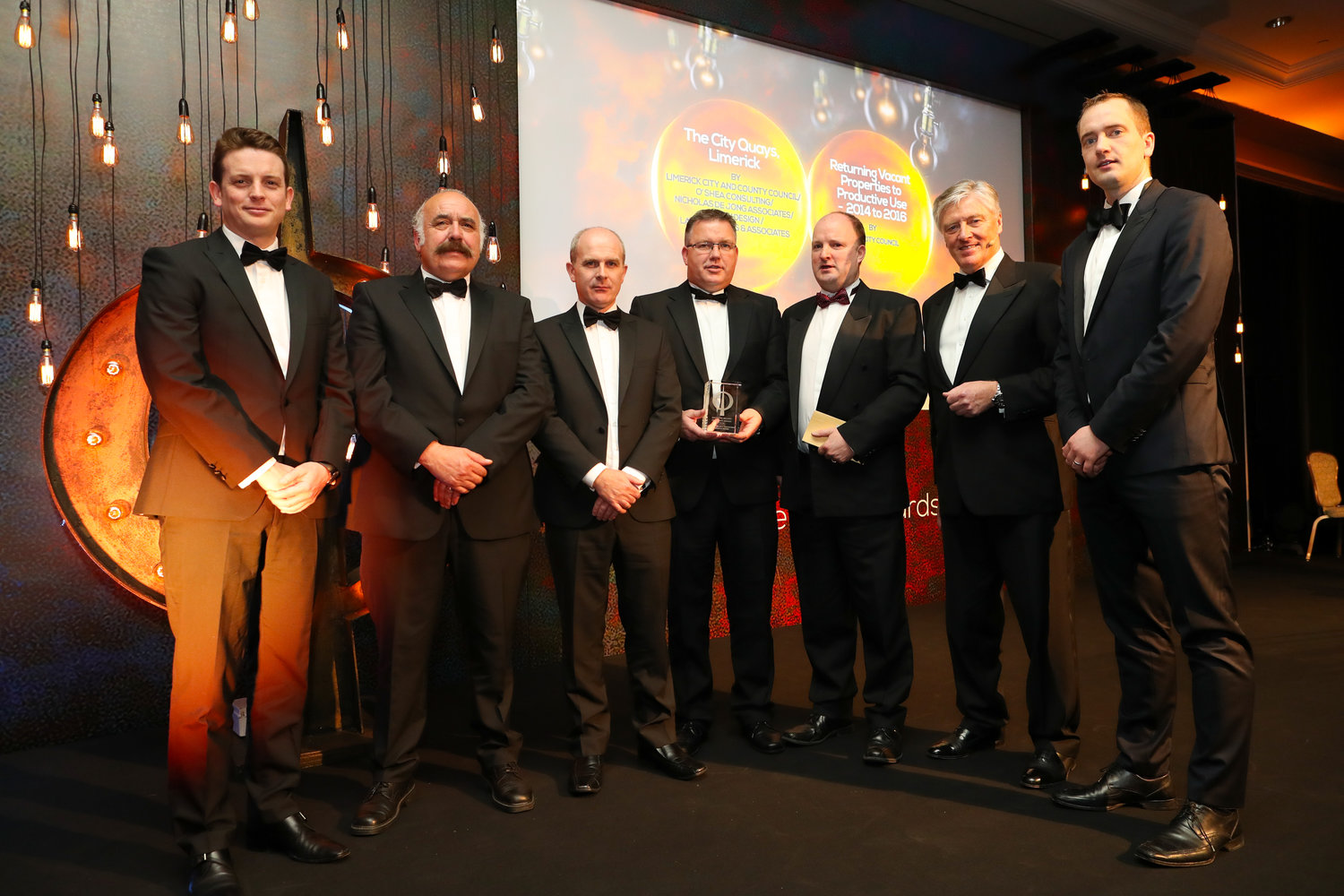 The investment represented a major stage in the City Riverside Improvement Strategy which aims to provide a high quality waterside environment for public use by the community and visitors alike.

The River Shannon is one of the most important assets of the city, providing a unique natural resource for both residents and visitors, and as recognised by substantial new development investment and the overall vision for Riverside City.

The €5 million improvement works included an 850 square metres of boardwalk with deck constructed in tropical hardwood, repairs to the quay wall and retention of its historic features, erection of a performance feature with distinctive lighting, interpretation boards, seating, street lighting and new planting, widened footpaths and the provision for closure of Howley’s Quay to traffic for future events, and traffic calming, cycling infrastructure including the Bike Share Scheme and fully accessible spaces.

The project complemented the improvement works on the opposite O’Callaghan and Clancy Strands through the realisation of a continuous visitor trail around the key sections of the river with enhanced water-based activities, while also complementing the public realm improvements of the City Centre.

The Project Managers were Lawlor Burns and Associates; Nicholas de Jong Associates were the Urban Designers and the Engineers on the project were O’Shea Consulting.  The contractors were L&M Keating Ltd.

Mayor of the City and County of Limerick, Cllr Kieran O’Hanlon congratulated the team on the City Quay’s project: “What a fantastic achievement to be given this prestigious award.  It shows the high quality of work being carried out in Limerick City and County Council and the local authority sector in general.  Well done to all involved.”

Vincent Murray Senior Engineer with Limerick City and County Council said:”We are delighted that the project has been recognised by Engineers Ireland.  It was a complex project carried out on a street that had to be kept open for business.  The project had several outcomes which had to be kept in mind.  As well as being a wonderful amenity for the people of Limerick to enjoy, it also had and is acting as a catalyst for further investment in the city centre.”

For more news on awards won in the Limerick communities from I Love Limerick click here.