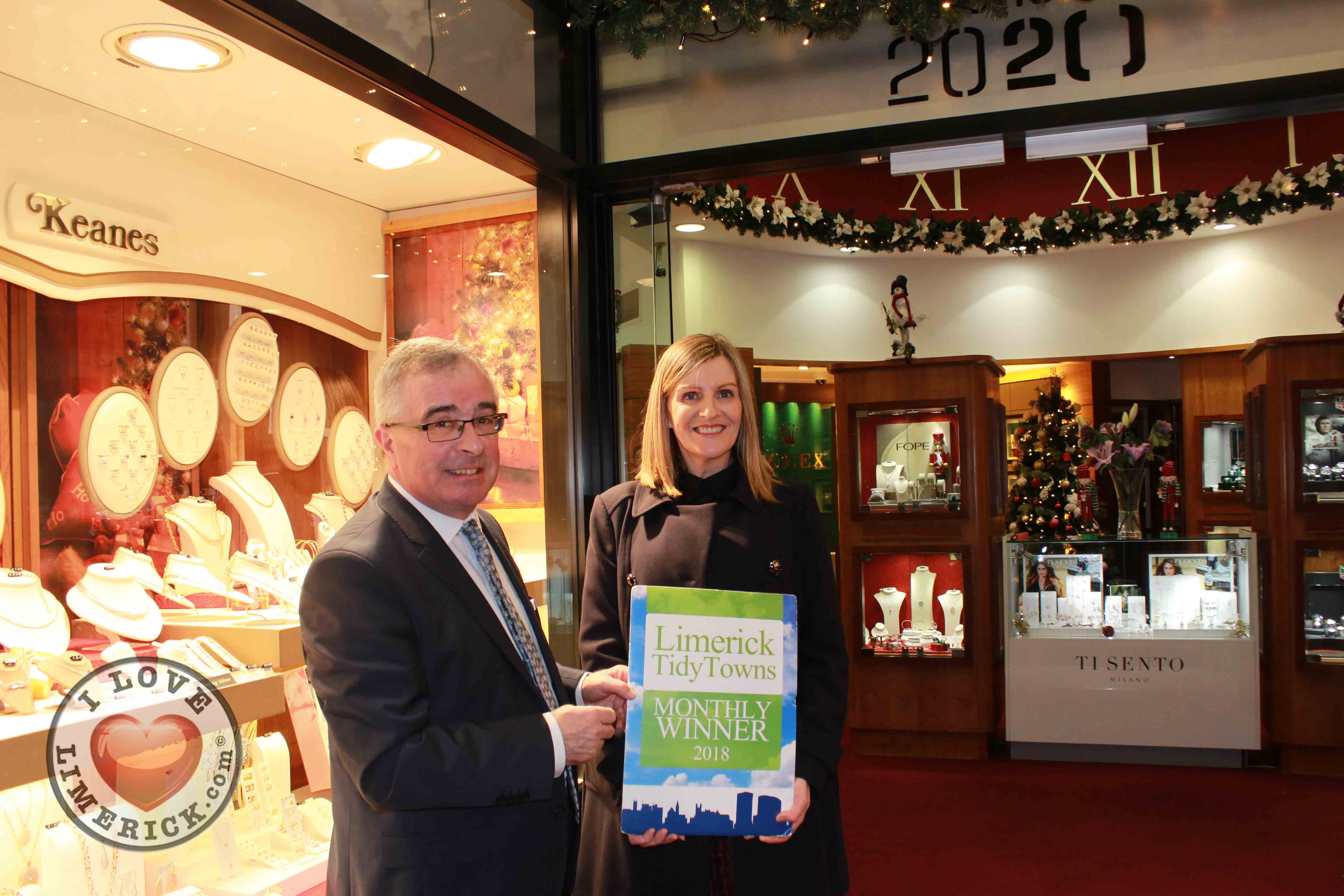 Keanes Jewellers have been presented the monthly award by Limerick City Tidy Towns for November/December.

They have been awarded for their beautifully decorated shop at the corner of O’Connell Street and William Street.

For many years Keane’s shop frontage has been one of the most attractive in the city. It adds greatly to the wonderful appearance of the heart of Limerick’s retail district at Christmas time especially given their very prominent corner location at the junction of William Street and O’Connell Street.

Even at other times of the year, it is a beautifully maintained attractive building. This award is fully-deserved and we are delighted to acknowledge the effort they make.” 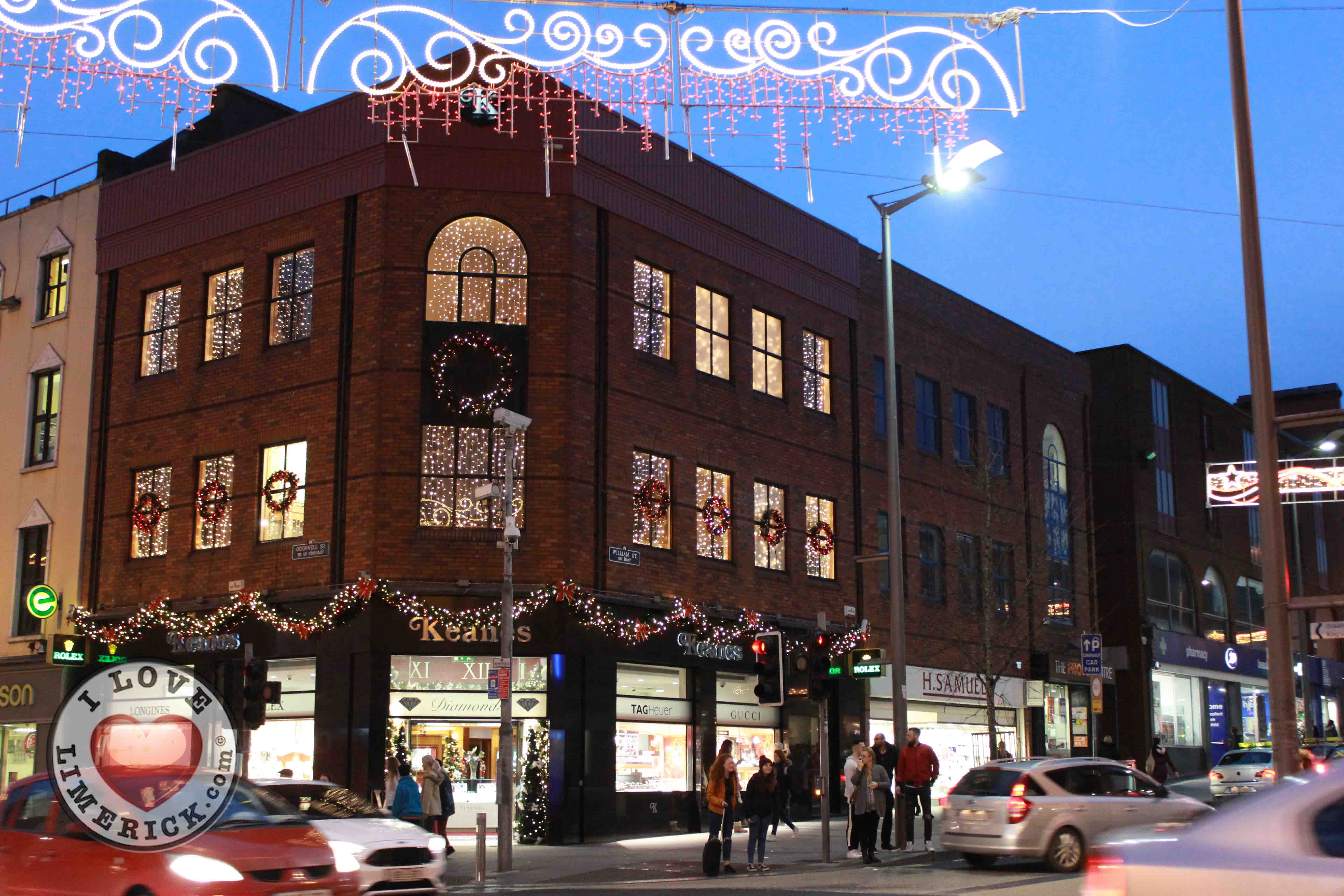 Limerick Tidy Towns Monthly Award December 2018 was presented to Keanes Jewellers on O’Connell Street. The award was given to the manager Aidan Lyddy by Tidy Towns very own Maura O’Neill. Picture: Baoyan Zhang/ilovelimerick

Keanes Jewellers are celebrating their 70th anniversary this year, having started out as a watch and clock repair shop in Cork back in 1948.

The family business has become synonymous with fine jewellers in Ireland, offering outstanding craftsmanship, service and reasonable prices.  Along with their Cork and Limerick stores, Keanes also have a store in Killarney.

Their employees have been trained to the highest standards, displaying great expertise in their relevant areas, particularly when it comes to diamonds.

All their diamonds are ethically sourced and priced to reflect quality, all year round. The option to speak to one of their experts about designing customers’ own bespoke rings is also available.

Keanes Jewellers is Limerick City Tidy Towns’ eleventh and final monthly winner for 2018. Previous winners include St Michael’s Rowing Club in January, Foot Solutions in February, La Fromagerie in March, Portleys Bar in April and Be Your True Self in May.

Jack Mondays Coffee House were the winners in June, the Limerick City Council Parks Department got the prize in July, Flanagan’s Town House received it in August, while Noonan Dental Care was awarded in September and in October The Life Centre scooped the prize.

All are in with the chance of winning this year’s overall prize at the Tidy Towns Group’s annual event to be held early in 2019.

Limerick City Tidy Towns meets every Sunday morning at 11 am at the corner of Thomas Street and O’Connell Street (all year round), and on Wednesday evenings at 6 pm outside The White House Pub (summer months only).