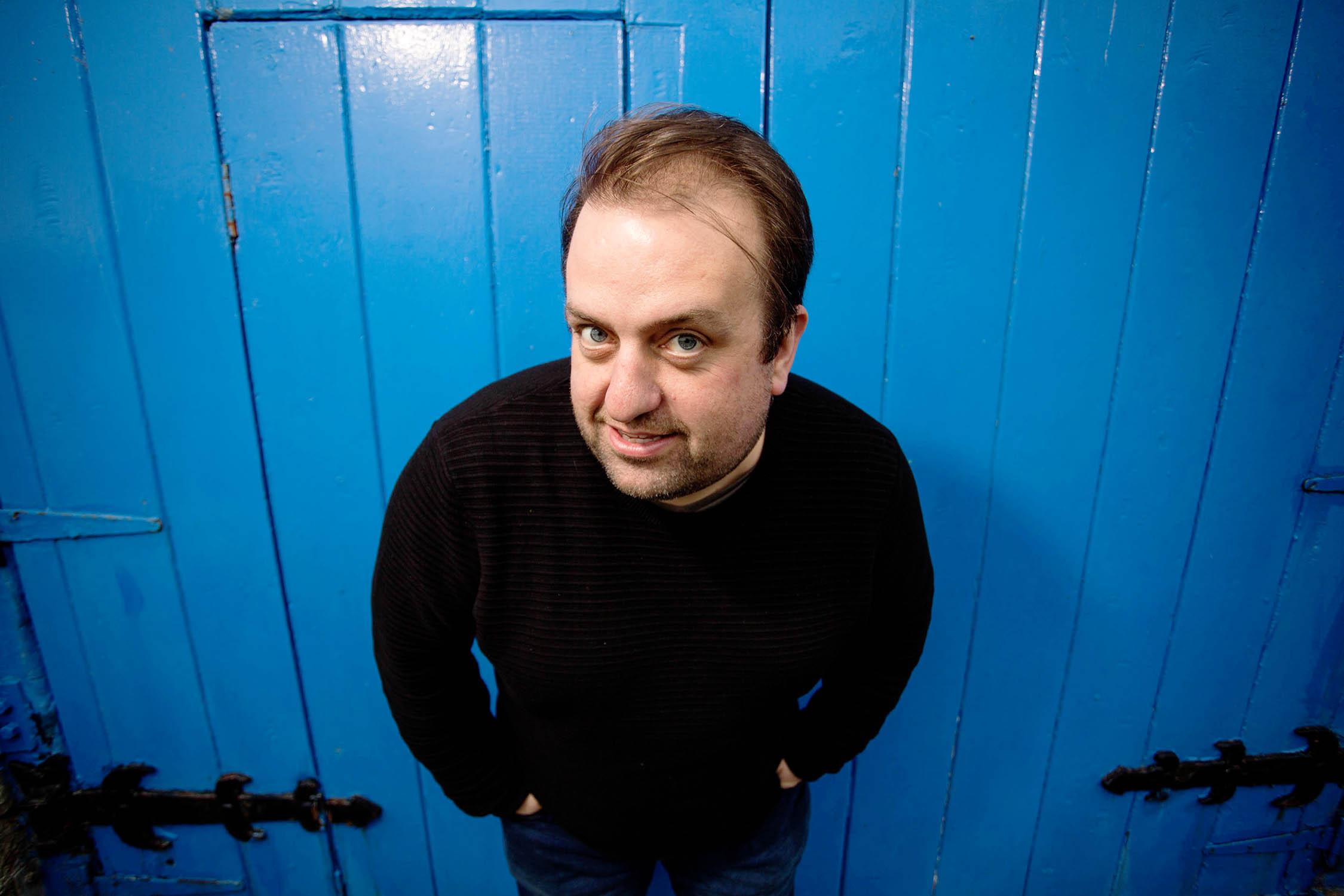 Limerick comedian Karl Spain pictured above is renowned on the Irish comedy circuit.

Karl has been in stand-up comedy for over twenty years

Karl Spain is a comedian from Corbally, Limerick. Karl has been in stand-up comedy for over twenty years. Last seen on telly hosting Laughter in The Eyre filmed at Galway Comedy Carnival 2019, Karl is probably best known in Ireland for losing a few ounces on Celebrity Operation Transformation and his TV series Karl Spain wants a Woman in which he not only got huge ratings but he also found himself a woman. As well as being a regular at Kilkenny Cat Laughs, Galway Comedy Carnival, Vodafone Comedy Festival, Edinburgh Fringe Festival and Montreal Just for Laughs. Karl was a resident writer for The Republic of Telly and still is for countless other comedians. He has performed in Australia, the US and South Africa and has toured with Kevin Bridges and Ed Byrne. Karl also starred in The Spar Panto Beauty and the Beast at University Concert Hall, Limerick back in 2016.

Karl has also acted as Mental Health Ambassador for Limerick Mental Health Week. He is no stranger to charity events for groups such as Samaritans and other mental health organisations and believes that one of the greatest social progressions of recent years is people being able to talk about their issues openly. Karl has spoken before about friends of his who are also in comedy who have suffered with depression and spoken about it which he believes is all-important.

Karl Spain has told how the love of his life and long-term partner has rejected his hand in marriage three times. The funnyman met Rachel O’Keefe almost 15 years ago on his TV show Karl Spain Wants A Woman and they’ve been loved-up ever since.

I’m from Corbally. I went to St Patrick’s National School and then C.B.S Sexton Street. my father was a sales rep and my mother had a couple of jobs, she went close to winning the Housewife of the Year Competition in the seventies. Something I always slagged her about. When I was a child I just played football all the time. I was going to write that I had wanted to be a footballer, but I still do. At 49 it seems less likely now.

I saw Billy Connolly in Limerick and he was amazing. I never laughed so much as that night, but I also realised I wanted to do that. I’d no idea how you began and I knew nobody involved or connected to comedy. It did feel like something I had to do, I wasn’t thinking of it as a career, just as something I would do for a while.

When I told my friends, they thought it was a great idea, they were more enthusiastic about it than I was at first. I loved the buzz of doing the gigs, but the great joy was just hanging out with other comedians at the shows. My mother was delighted she was probably my biggest fan.

Billy Connolly as mentioned before, but also Sean Hughes, it was great to get to know Sean Hughes. Bill Hicks is another. But I’m a comedy fan as much as anyone, one of the great joys of doing comedy is you get to see so many other comedians.

It’s different for every show it depends on what job I have that night, if I’m hosting or doing a set.

It’s difficult to explain how the “Process” works. I’m sure it’s different for each and every comedian, But for me I feel like no matter what I’m doing at any time day to day the comedy brain is working away in the background. It can be draining and tiring I can’t really switch it off. I’ve learnt over the years not to voice all those thoughts as that I’ve found out can be draining and tiring for others. So always prepared, always ready to go. Itching to get back after Covid, I hope itching isn’t a symptom…

I’ve gigged all over the world which is my favourite thing about my job. Any packed room with a good atmosphere is where I’d like to be. Dolan’s is very high up there in favourite places to perform. There’s nothing like a hometown gig. But I’d like to be somewhere sunny in a post Covid world.

Doing this for over twenty years. Making a career in comedy really did change my life for the better I don’t know who or what I’d be if I wasn’t a comedian but I’d be less happy.

Hopefully doing similar stuff to what I was before. I think for a lot of comedians we’ve realised how much we miss doing the gigs. I write for other comedians as well and I might do more of that but I’ll always gig. It’s not a job you really ever retire from. I imagine you just do less and less gigs.

I would say the people, there’s a Limerick attitude, a kind of contrariness that I feel connected to. I’ve friends from Limerick that live all over the world and I do love that even if we haven’t seen each other or spoken in a while once we do we’re straight back to the last time we spoke.

Related Topics:karl spain
Up Next