By Richard Lynch on November 6, 2015@richanthon 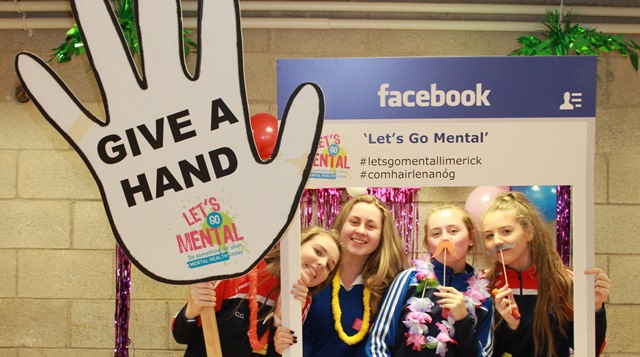 The young people, who hailed from across Limerick, were welcomed by Comhairle member Emma Maloney (16yrs) who spoke of her experiences with Comhairle, outlined the day’s events and introduced guest speakers that included, Deputy Mayor, Cllr. Gerald Mitchell and Catherine Kelly, CEO, Limerick Youth Service.

With the formalities over ,the young people got straight down to business as they participated in a ‘Theatre of the Oppressed’ drama workshop and a world café that discussed youth homelessness and young people living in direct provision to the theme of ‘Ireland, Land of 100,000 Welcomes.’

Dr. Chris McInerney, UL’s Politics Dept, delivered the world café event and challenged students with questions such as what conditions are suitable for an ideal education and what would make a safe home.

Away from the world café students wrote and performed short plays that showcased what it is like living in direct provision or not having a home to call your own.

‘The outcomes of the workshops and world cafe were very positive with some students putting forward some excellent suggestions,’ said Limerick Youth Service’s John Real.

‘This feedback will be brought to governmental departments, NGOs and local authorities with a view to shaping policy on youth homelessness and young people living in direct provision,’ said Mr. Real, coordinator, Limerick Comhairle na nÓg.

Following the AGM students were treated to the Limerick leg of Let’s Go Mental, where they participated in interactive workshops and accessed information on mental health services and supports.

Let’s Go Mental, which is a nationwide campaign developed by young people for young people, involved a series of activities to promote positive mental health through music, sport, drama etc.

The Let’s Go Mental initiative is based on Headstrong’s ‘Five-a-Day for your Mental Health which lists: Connect, Be Aware, Get Moving, Give and Get Involved as key daily activities that a person can engage in to maintain a healthy mental well-being.

‘Let’s Go Mental had five workshops that reflected the Five-Day and the young people present had an opportunity to experience each of them,’ said Siobhan Wilmott, Limerick Youth Service.

‘They took part in dance and keep fit classes and experienced tai chi and learned about art therapy which covered the ‘Get Moving’ and ‘Be Aware’ parts of your Five-a-day,’ said Ms. Wilmott, Youth Mental Health Worker.

An interactive phone booth and notice board, where students wrote positive messages, was part of the ‘Connect’ section, while students were encouraged to give compliments which covered the ‘Give’ section.

‘We also had an expo area with local organisations such as scouting groups who were encouraging young people to ‘get involved’ hence highlighting the fifth part of your five-a-day for positive mental health,’ Ms. Wilmott said.

The expo/info area also had a number of mental health and community organisations from across the Midwest that spoke with young people about their respective services and how they can be contacted.

Reflecting on a busy day at UL John Real said ‘the feedback has been very positive with many students expressing an interest in joining Comhairle.’

‘The aim of the AGM was to raise awareness of the role and importance of Comhairle na nÓg in being a voice for young people and I think we’ve certainly done that,’ said Mr. Real.

‘Let’s Go Mental was also a great success and young people are leaving here (UL) more aware of the little things that we can do to have a positive mental health and the services that are available should they ever need them,’ Mr. Real said.