By Richard Lynch on October 17, 2018@richanthon 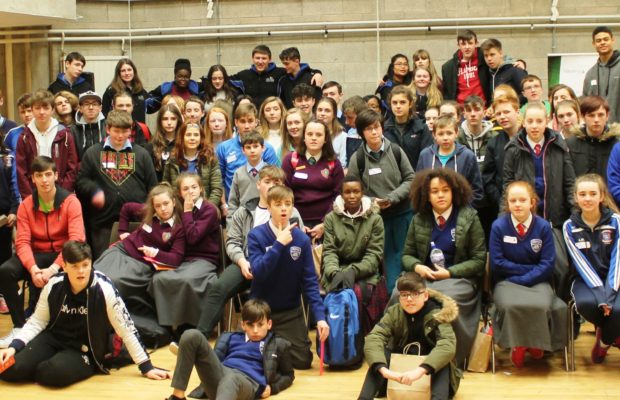 Limerick Comhairle na nÓg is inviting young people (13-17yrs) to this year’s AGM which takes place at the University of Limerick on Thursday, October 25 from 9am-3pm.

The Limerick Comhairle na nÓg AGM, which will be opened by Mayor James Collins, is an opportunity for young people to learn about the role of Comhairle na nÓg (youth council), speak with current and past members, take part in workshops, enjoy some music and have fun.

‘This year’s Limeri Comhairle na nÓg AGM will focus on Cyber Health & Wellbeing which the young people with Comhairle na nÓg have been working on for the past number of months,’ said John Real, Limerick Youth Service (LYS).

Comhairlí will give an update on their year to date and premiere one of three short films that have produced as part of their Cyber Health & Wellbeing theme.

‘The short films deal with education and protecting yourself online and will be shown in schools as part of a web safety workshop that will be rolled out by Comhairlí,’ explained John, Coordinator, Limerick Comhairle na nÓg.

Supported by LYS, Limerick Comhairle na nÓg gives a voice to young people allowing them to influence government policy at a local and national level.

In the past Comhairle na nÓg has addressed issues such as youth homelessness, living in the Direct Provision system, cyberbullying and the teaching of sexual education in secondary schools.

Students, teachers, parents or youth workers who would like more information on the AGM or Comhairle na nÓg can contact John at [email protected] or 087-2626816.