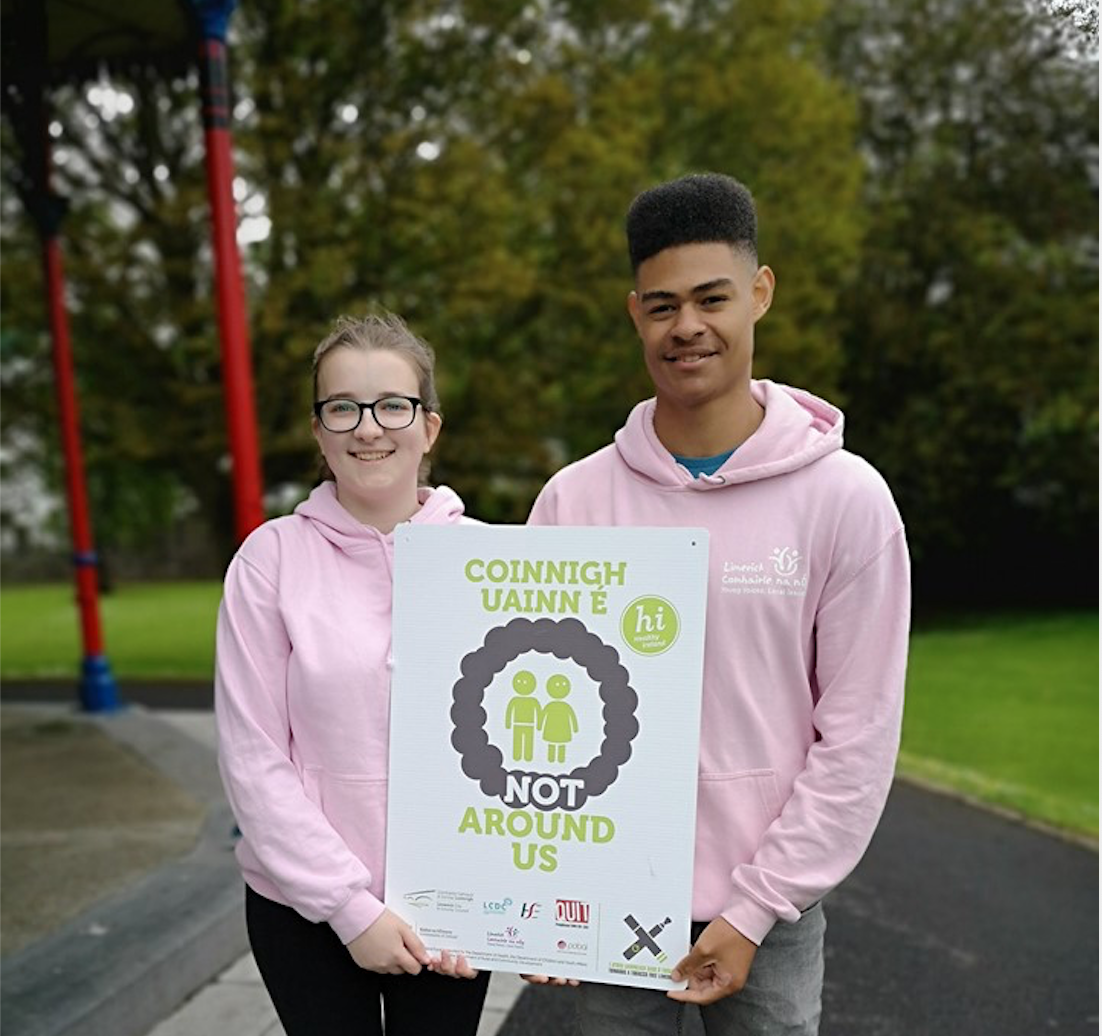 Limerick Comhairle na nÓg have been nominated for the World Health Organisation’s World No Tobacco Day Award for their participation in the development of #NotAroundUs, a Smoke Free Limerick campaign with Healthy Limerick.

#NotAroundUs is an ongoing health initiative that aims to de-normalise smoking/vaping in public and create an environment where it is easier for those who smoke to quit by making public areas smoke-free zones.

With the theme of this year’s World No Tobacco Day ‘protecting youth from industry manipulation and preventing them from tobacco and nicotine use,’ Limerick Comhairle na nÓg have certainly played their part in changing habits as part of the #NotAroundUs campaign.

‘Limerick Comhairle na nÓg have been to the fore in developing and implementing the #NotAroundUs campaign and have led the charge amongst their peers to create a tobacco free generation,’ said John Real, Limerick Youth Service (LYS).

‘It’s a great honour to be nominated and the young people deserve a lot of credit for their time and effort in challenging ‘the norms’ in terms of smoking in Limerick,’ said John, Limerick Comhairle na nÓg coordinator.

John also thanked Healthy Limerick who ‘had the vision to include young people in all stages of this project and truly valued and respected their input.’

This view was echoed by Aoife Ryan, a member of Limerick Comhairle na nÓg who said she ‘really enjoyed working on the #NotAroundUs campaign with Healthy Limerick as ‘they valued and respected our opinions on this project.’

Fellow Comhairlí Zara Daly was delighted that Limerick Comhairle na nÓg were nominated for an prestigious international accolade saying ‘it would be great for all Limerick’s young people to win it.’

This year’s World No Tobacco Day is on Sunday, May 31st and the World Health Organisation will announce the respective award winners on Wednesday, May 27 on www.who.int.

Facilitated by LYS, Limerick Comhairle na nÓg is a youth council that advocates for and raises awareness of youth issues and rights. It has over thirty members (14-18yrs) and is one of thirty-one such groups nationwide.

Supported by Limerick City & County Council, Health Limerick envisions a Limerick where everyone is empowered to enjoy positive wellbeing which is supported at every level of society and achieved by working together.