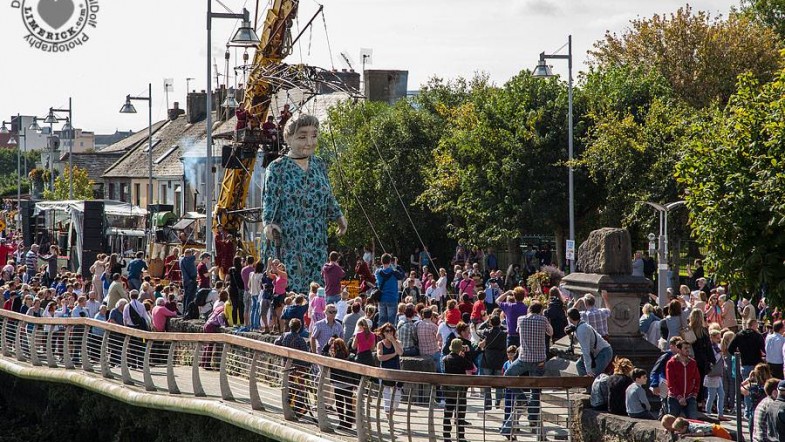 Limerick community tourism grants, Limerick City and County Council today announced that applications for funding are now being sought under the Community Tourism Initiative for the Diaspora.  The initiative, launched in 2014, builds on the community involvement legacy of The Gathering 2013 and is a joint partnership between Limerick City and County Council, IPB Insurance and Fáilte Ireland.

Now in its third year, the scheme provides a national fund of €1m to support local community-based events and festivals each year. Last year, 17 local events were supported in Limerick, attracting up to 1,169 visitors from overseas. The festivals funded last year included:

Announcing this year’s funding, Mayor of the City and County of Limerick, Cllr. Liam Galvin, said: “We all witnessed the benefits from The Gathering and this scheme gives us an opportunity to build on its legacy. The Community Tourism Initiative allows us to sustain many of the grass roots networks which sprang to life during The Gathering in Limerick and sustain an infrastructure of events and relationships which will have long term tourism and social benefits for this region for many years to come.

“For that reason, I would urge anyone out there with a good idea or interesting event, which would help us to reach out to the diaspora, to get in touch with us and make an application.”

Administered locally by Limerick City and County Council, the application process for 2016 is now open and will close on March 11 2016. Interested parties are advised to contact Áine Frawley email [email protected] to apply.

Local authorities throughout the country are now accepting applications in order to determine those local events with the best potential to have the impact and long-term potential to make a difference.  The initiative is being administered at local level with the grant applications and awards being decided in accordance with agreed national criteria.

For more information and application forms visit the site here