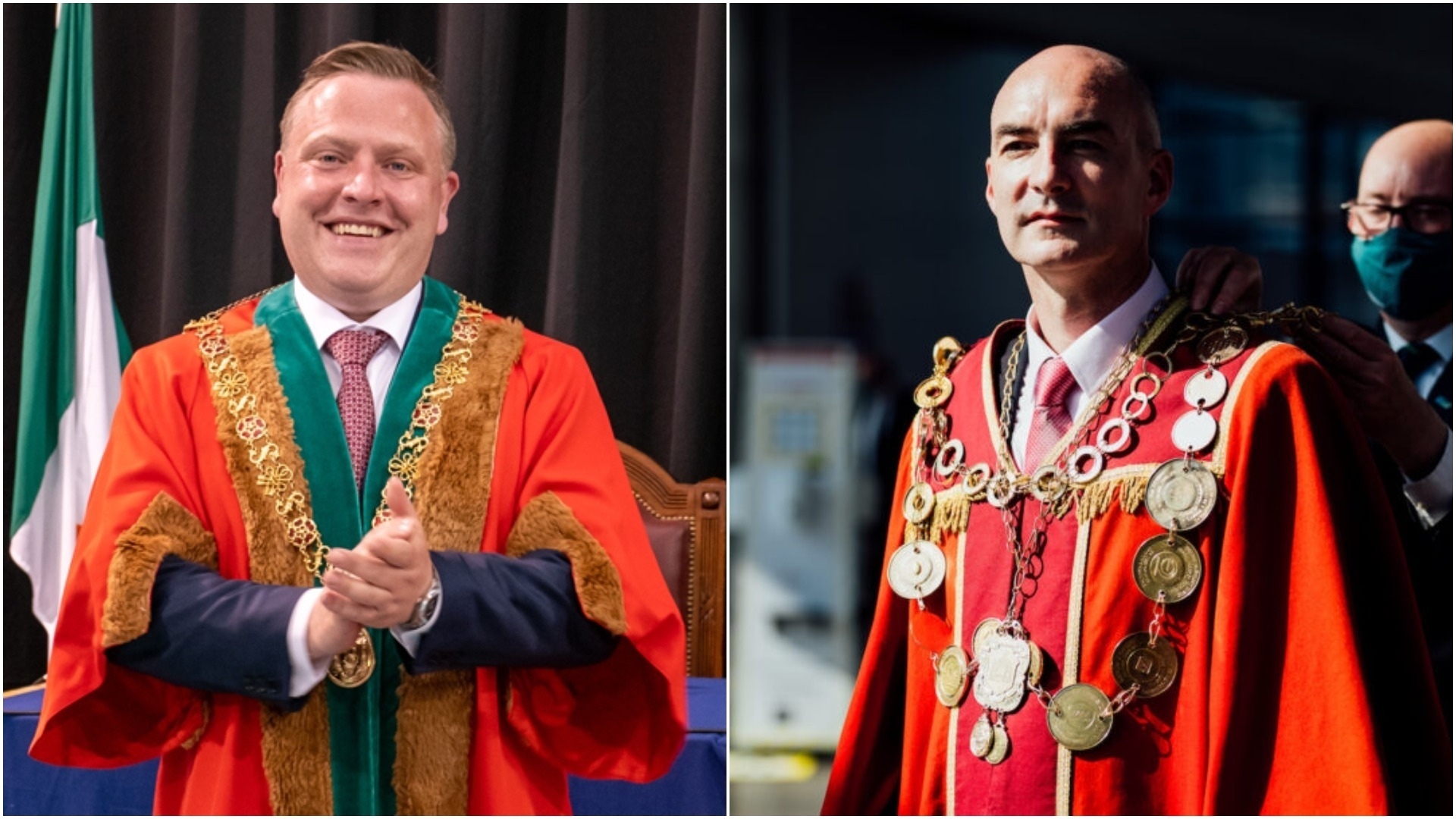 The Lord Mayor of Limerick was not long replying to Mayor Kelleher, with a letter released today that certainly put the Cork Mayor back in his place.

Lord Mayor of Limerick Daniel Butler has been exchanging a series of witty letters with Lord Mayor of Cork Colm Kelleher.

Yesterday, Mayor Kelleher wrote a letter to Mayor Butler which left behind all usual formality.

“I believe that you have something that belongs to us,” he began.

“He’s about 16 inches high, silver and goes by the name of Liam. Down the years since 2006, there have been many sightings of him in Kilkenny, Galway, Tipperary, & Clare for some reason. And now, I believe, Limerick.”

The Lord Mayor of Cork then expressed concern about Liam’s whereabouts.

“Liam is a native of Cork whose family hail from Ballygarvan. One can only imagine that he has found it quite distressing not being back on Leeside in over 16 years.”

Demanding the return of Cork’s lost treasure, Mayor Kelleher asked Mayor Butler, “As Mayor of Limerick, can I ask you to arrange to bring Liam to Croke Park on Sunday for collection.”

Well what do we think ? https://t.co/vT0to4Tfae

The Lord Mayor of Limerick was not long replying to Mayor Kelleher, with a letter released today that certainly put the Cork Mayor back in his place.

Refusing to accept Mayor Kellehers claims, Limerick Mayor Butler retorted, “Thank you very much for your letter which I found very… interesting! Unfortunately, there are a number of glaring inaccuracies in it, that cannot be left stand, and which may be difficult for a Corkconian to accept.

“To begin with, Liam MacCarthy was a native of London, whose mother, Brigid, hailed from the hurling heartland of Bruff in County LIMERICK. Brigid was a huge Limerick hurling fan and as you know yourself, mammies are always right and there is no supporter like a Limerick supporter.”

Refusing to return the cup, Mayor Butler continued, “I must point out that Limerick were the very first recipients of the Liam MacCarthy Cup in 1923 (for the 1921 All-Ireland), so Liam is back home and is very comfortable on Shannonside. #LuimneachAbu!”

While it remains to be seen if any more craic will be exchanged between the two Lord Mayors, tensions will certainly be high when Limerick and Cork take to the pitch this Sunday at 3.30pm for the All-Ireland Senior Hurling Final.