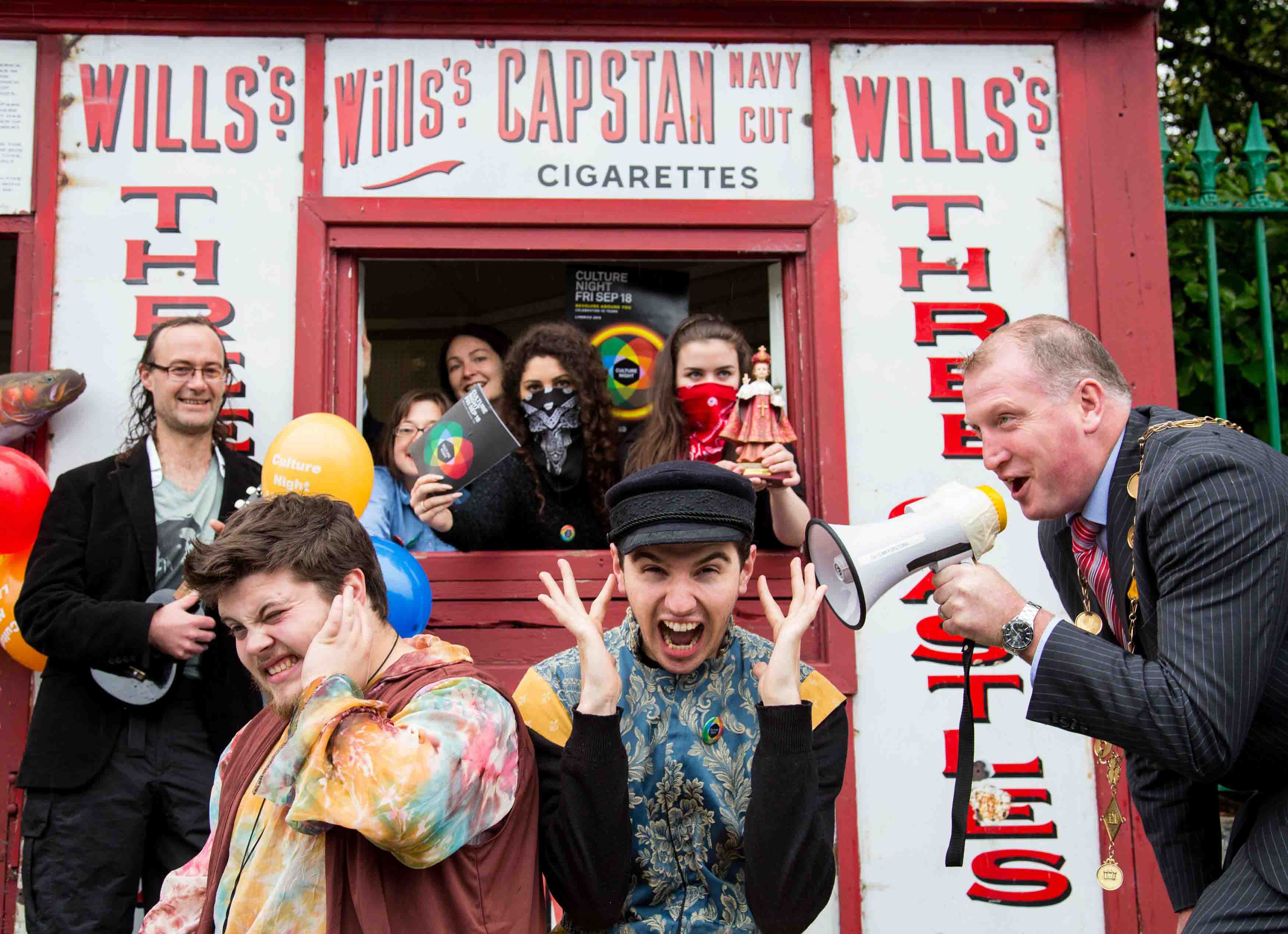 A programme of more than 85 cultural events for all ages are being held over a 5-hour period from 5pm to 10pm.

Among the wealth of buildings and venues opening their doors to the public for a wide range of events are Limerick City Gallery of Art, Dance Limerick, The Hunt Museum, Mungret College, St John’s Cathedral, Desmond Castle, Honeyfitz Theatre and Limerick Printmakers.

Mayor Galvin was at the Park Kiosk today with a little statue, the Child of Prague to help ensure good weather for Culture Night.

Speaking at the launch, he said: “Culture Night is a fantastic opportunity for families and friends to enjoy stories, music, dancing and a celebration of culture brings us together and brings out the best in us. In 2014 Limerick showed its passion for culture and this vibrancy and energy is a real asset to us as we bid for the European designation Capital of Culture 2020.”

“The Culture Night programme has been put together by cultural organisations, individual artists, heritage groups, theatres, castles, villages and citizens who believe in the power of culture to bring us together, create conversations and enjoy a good night out,” stated Sheila Deegan, Limerick Arts and Culture Officer, Limerick 2020 Bid Team.

Among the highlights of Culture Night 2015 is “A Plate of Mungret”. Commenting, Nessan O’Donoghue from Mungret Heritage said: “We will begin the night by re-enacting the Irish myth of the Salmon of Knowledge with a real Salmon kindly donated by Rene Cusack the oldest family Fishmongers in the country. After the Salmon has been cooked you are invited to try it to see if you have gained all the world’s knowledge!”

Youth Arts will be a key part of the Culture night programme in the City and County. Limerick County Youth Theatre will host a series of drama workshops at the HoneyFitz Theatre in Lough Gur.

Luggage Doors Operating, a band who perform original material and their own riffs on classic material, will perform as part of the music programme at Limerick City Gallery of Art from 6-8pm. The band consists of four visual arts practitioners based in Limerick, Kevin O’Keeffe, Pamela Dunne, Rory Prout and Carl Doran.

Culture Night is organised by the Department of Arts, Heritage & the Gaeltacht in partnership with Local Authority Arts Offices, and cultural organisations throughout the island of Ireland.

For further information on Culture Night Limerick on September 18th, contact the Limerick Arts Office on 061 407363, [email protected] or visit the website, below.

The National Sports Business Cluster is to be established in Limerick