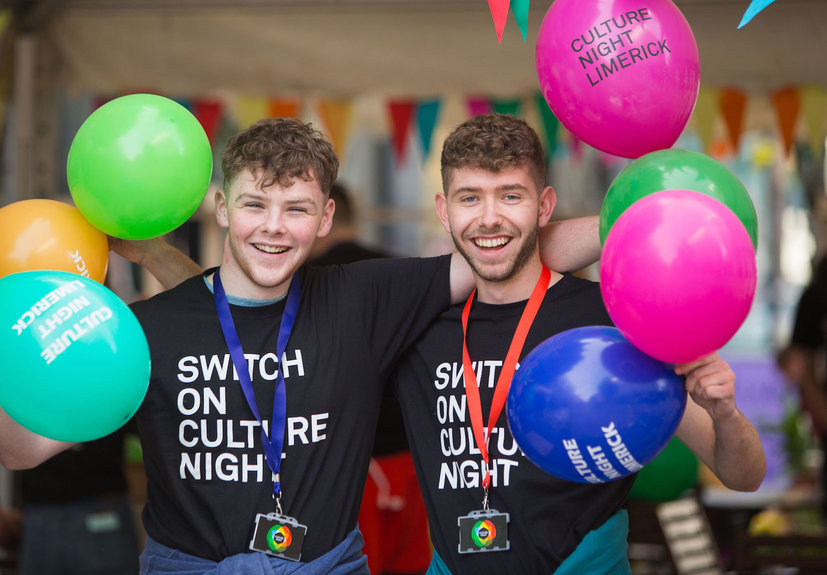 Thousands of people turned out to sample some of the finest examples of culture for Limerick Culture Night 2017.

Ninety free events across the city and county took place as part of the nationwide event, all with the aim of showcasing their wares to the widest possible audience.

Events took place on every street corner with cultural buildings such as the Hunt Museum, Limerick Museum, Limerick Gallery of Art opening their doors later than usual to welcome the thousands of people all eager to catch a glimpse of the many superb and world class performances by artists and other cultural practitioners.

Other events such as a visit to the North Munster Masonic Centre on the Island gave visitors a fascinating look into a building that is normally closed to the public.

Sheila Deegan, Arts Officer with Limerick City and County Council said: “Culture Night gives a taster of the rich cultural activity across Limerick and becomes enlivened by people coming out and enjoying themselves on what has truly become a very special night.”

“But it’s important to remember that these cultural performances and activities are available 365 days of the year and we look forward to the continued support from the thousands of people who came out and made Culture Night the best ever and the celebration that it has become.”

Reaction to Culture Night in Limerick 2017 on social media has been hugely positive.

One of the thousands of people who attended Culture Night Grainne Burrows said via Twitter her children Donnacha and Cliodhna were having a superb Culture Night in Limerick and they were looking forward “to the next 110 culture nights” before adding it was “better than the Late Late Toy Show”.

Related Topics:cultureeventsLimerick Culture Night 2017
Up Next