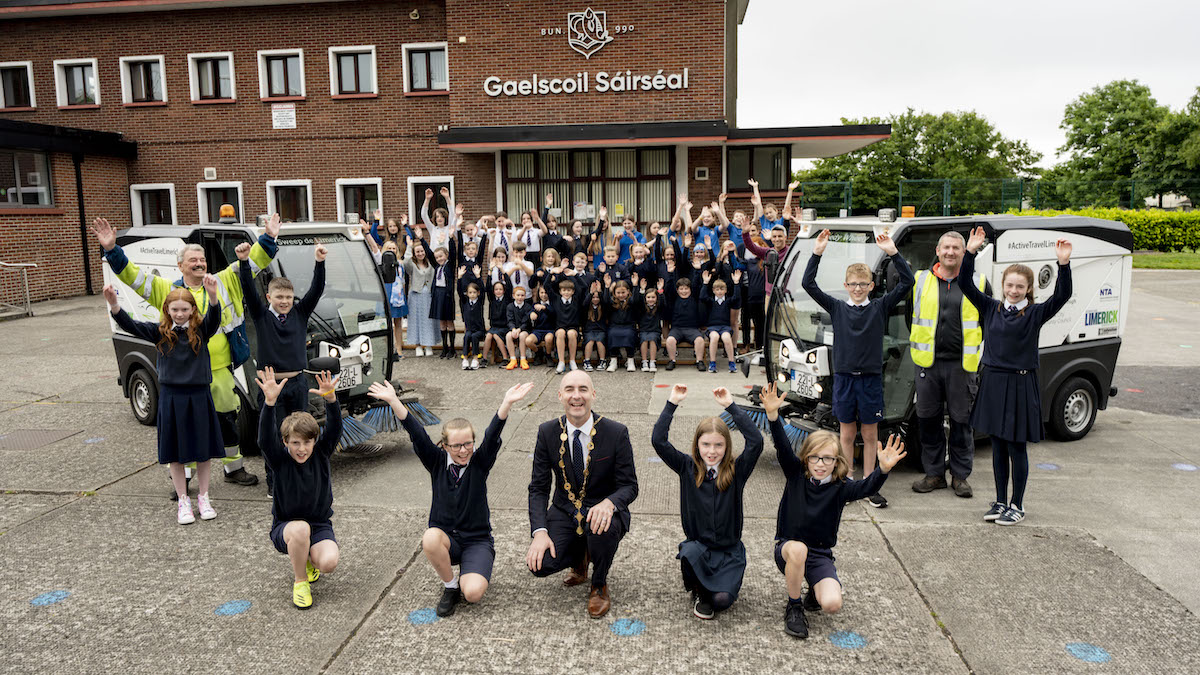 It follows a naming competition run earlier this year.

The sweepers will be known as ‘Speedy Wheely’, one of the names put forward by sixth class pupils, and ‘Sweep de Limerick’, one of the entries from children in fourth class.

Hundreds of pupils took part in the naming competition and a panel of judges sifted through all the entries earlier in the year before selecting the two winning names.

The children were able to see the Limerick cycle lane sweepers up close with their names emblazoned on the front when the two sweepers visited Gaelscoil Sáirséal.

Mayor of the City and County of Limerick, Cllr Daniel Butler said: “I want to congratulate the children of Gaelscoil Sáirséal for coming up with two brilliant names for our two new mini-sweepers. It’s great to see such positive engagement from our younger generation with the work that Active Travel is doing across Limerick.”

Sean McGlynn, Senior Engineer with Active Travel said: “As one of the judges, I was really impressed by the creativity and imagination shown by all the children and schools that took part in the competition. We tasked the classes with coming up with names that had a cycling theme. ‘Speedy Wheely’ and ‘Sweep de Limerick’ won over all three judges on the day.”

The delivery of the Limerick cycle lane sweepers comes at a time when Limerick City and County Council’s Active Travel team is continuing to roll out new cycling infrastructure across Limerick.

The size of the new sweepers makes them ideal for fitting into the segregated cycle lanes at these locations, and elsewhere.

Related Topics:Limerick Active Travel
Up Next