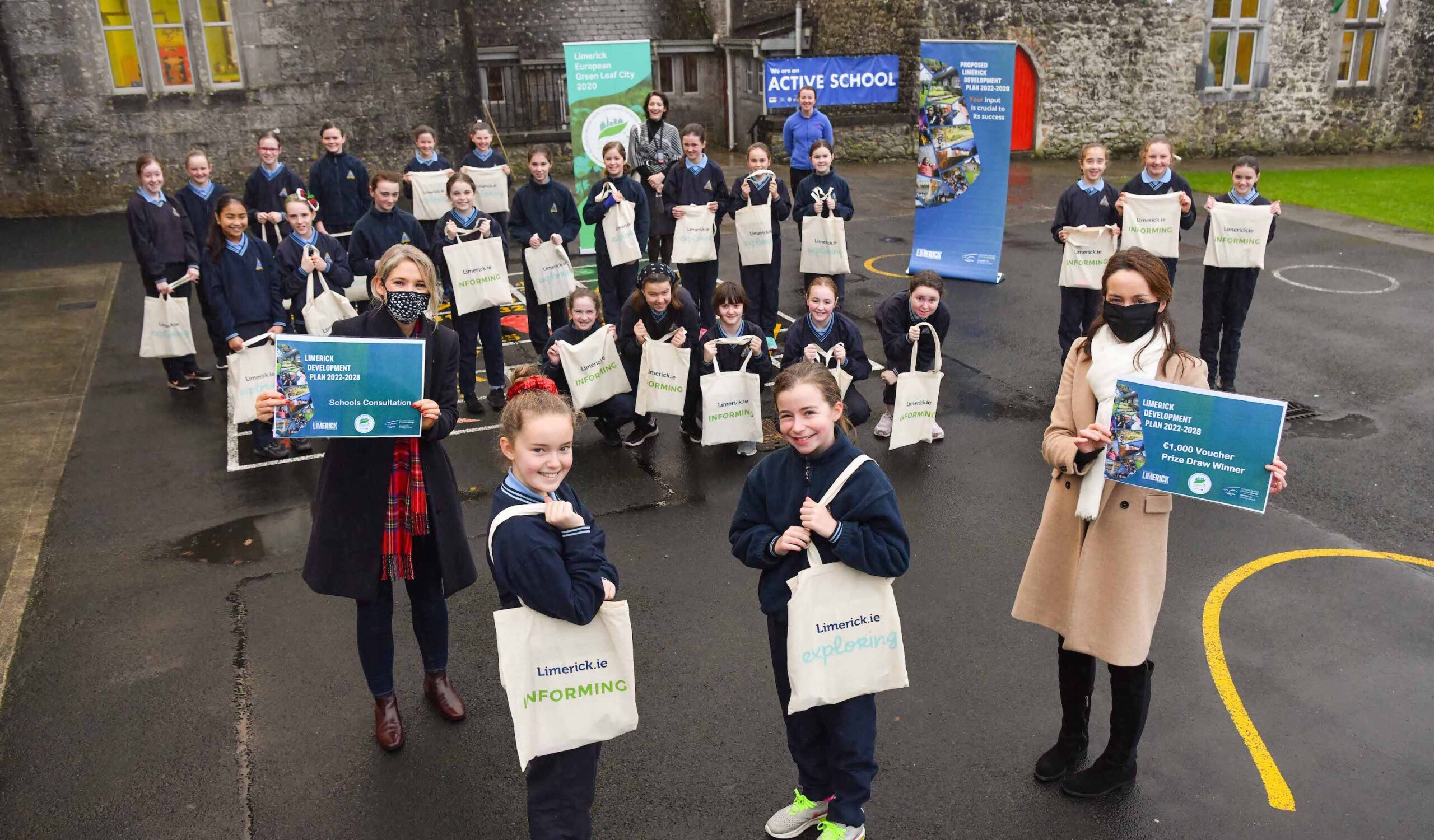 Limerick Development – 5th and 6th class students from Our Lady’s Abbey Girls’ NS along with Principal Mary Lavin and class teachers Grace Cuddihy and Caoimhe Costelloe are presented with their €1000 prize by Siobhan O’Dwyer Limerick City and County Council for their submission to the Proposed Limerick Development Plan. Picture: Diarmuid Greene 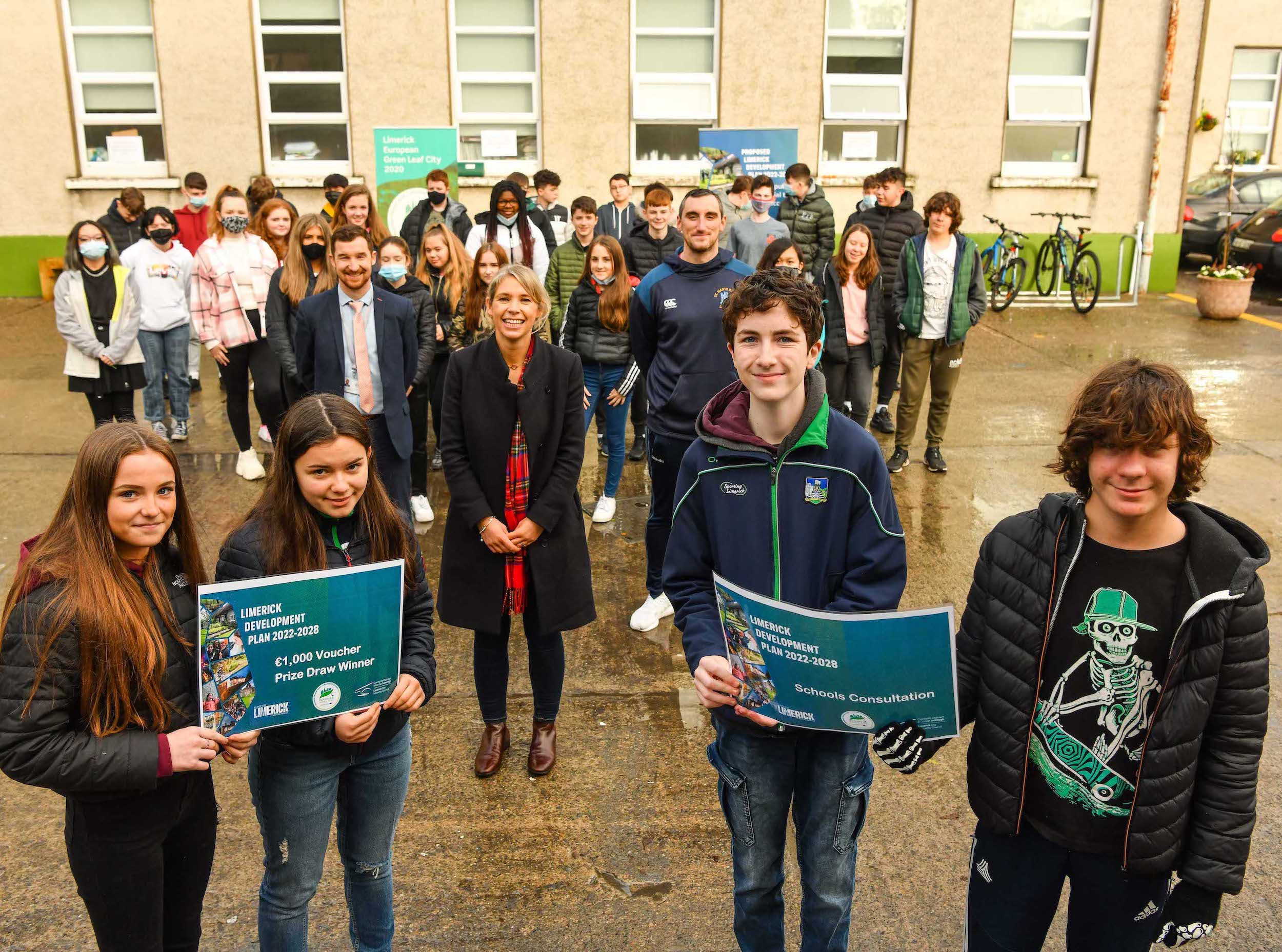 The Limerick Development Plan has moved to the next phase with the publication of the Chief Executive’s Report on the Pre – Draft Consultation on the proposed plan which will run from 2022 to 2028.

This report forms part of the first stage of the statutory process of making a new Development Plan – the first one to be made to incorporate the city and the county.

Its primary function is to list and summarise the main issues raised in the submissions received during the pre-draft consultation process, and to provide recommendations on the policies to be included in the Draft Limerick Development Plan.

A total of 229 valid submissions were received and these have been summarised in the CE Report.

Notwithstanding the Covid 19 restrictions, there was a demand for physical meetings. Public meetings were facilitated, by appointment only, in each of the Municipal Districts as set out below. Over 30 meetings were held over five days.

The Council’s Twitter Account was used extensively to communicate the message that we were looking for ‘Your vision for Limerick’.

A dedicated webpage on Limerick.ie HERE was also created and will remain the principal repository for information on the Limerick Development Plan.

An innovative Virtual Consultation Room was developed to aid in the awareness raising campaign among the wider public. This consultation room was created due to the need to utilise technology to make it easier for people to communicate with the Council and also due to Covid-19 restrictions.

Limerick City and County Council in conjunction with the European Commission European Green Leaf Award 2020 rewarded schools for their participation in this pre-draft consultation process.

All schools that made a submission on the pre-draft issues paper were entered into a draw, with a separate draw for primary and secondary schools.

All schools that participated in this phase will receive wildflower seeds for their schools gardens in the spring.

The next phase of the plan will see Councillors discuss the CE Report at the next full meeting of Limerick City and County Council, after which the draft plan will be prepared and put out to public consultation in summer 2021.

For other stories on the Limerick Development Plan go HERE