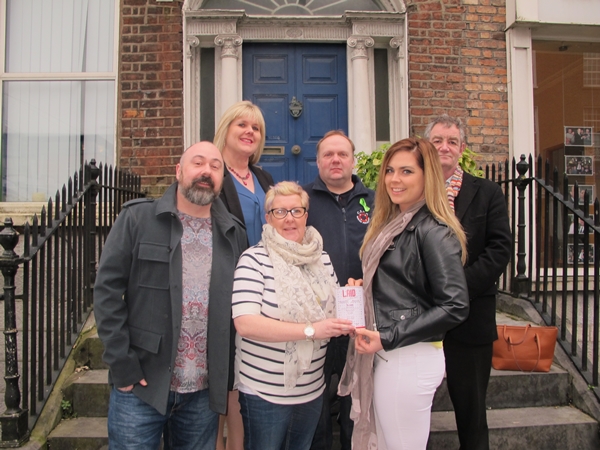 The CSPP is a Limerick based suicide prevention group reformed in 2012 who patrol between the four bridges in the Limerick city area. The group’s main focus is to keep eyes on the river, and identify and provide support to those in distress and maybe contemplating suicide.

The event bought together DJs from across Limerick with the aim to raise money for suicide prevention and awareness. DJ Shelly as Michelle is known performed alongside Shaq, Darragh Flynn and DJ Dermot C, along with many more.

The night was a huge success raising over €1,300 for the Corbett Suicide Prevention Patrol (CSPP). The event took place on the first anniversary of the passing away of Michelle’s stepfather Anthony who lost his life to suicide.

Michelle was delighted with the turn out on the night and could not have been happier with the performances and the amount of money raised for CSPP. The money raised will go towards patrolling the banks of the Shannon. The money will also be used to buy new wet suits and ensure more volunteers can go out.

Michelle was the resident Dj with popular Limerick House and Tech-house night Bunga Bunga and was playing with sensational female performance act the Audio Angles. currently DJ Shelly is touring  around the country with Mvn House. Mvn House is an all female Dj group with dancers, visuals, fire breathers and percussionists.

Michelle plans to move to Ibiza for summer 2016 to seek out the Ibiza DJ dream with clubs Eden and Plastik but first up she is organizing another DJ fundraiser gig for this coming Saturday April 16 a the Orchard Bar so stay tuned! Contact DJ Shelly at [email protected] for more info.

Call for Ireland to take action on racism