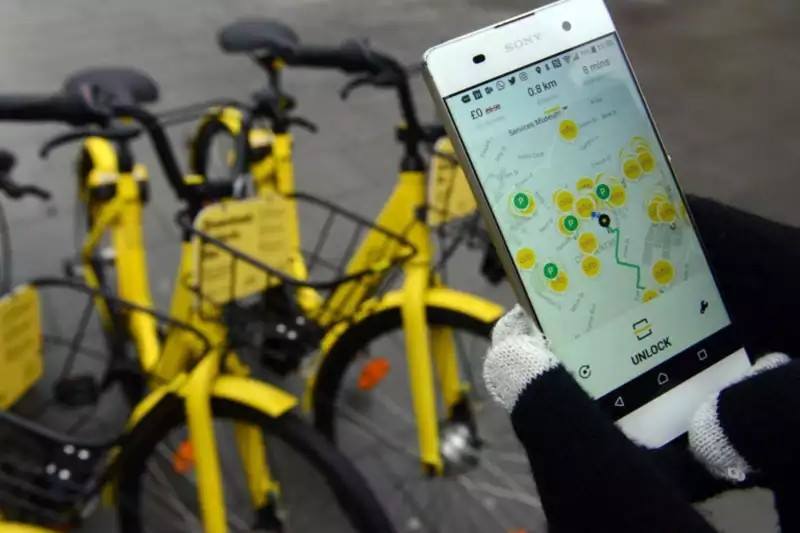 A new Limerick dockless bike rental scheme is to be introduced in the city after bye-laws were approved by Councillors.

The first stationless bike hire scheme was launched on Wednesday, May 30, 2018, as two firms Bleeperbike and Urbo were granted licences to operate within the city.

The system used in Dublin will be similar to that implemented in Limerick, with cyclists using a prepaid smartphone app to unlock the bike.

While there are already bike-hire schemes in the city, a dockless system would mean an entirely new bike rental scheme to be introduced with bicycles with a lock that is integrated onto the frame and does not require a docking station rather than those that sit on docking systems.

This means that hired bikes do not have to be returned to a docking station but instead returned and locked in designated areas decided by the council around the city.

The council will have full authority to prescribe streets and areas where the bicycles will be parked and deployed, ensuring that it is safe for both cyclists, pedestrians and motorists. There is also a possibility that there will be a limited number of bicycles that can be left in a certain area of the city. Bicycles found to not be parked in the correct areas will be subject to immediate removal.

The rates for renting the dockless bicycles will vary depending on what companies decide to introduce their bike scheme in Limerick, as according to the byelaws any licenced operator will have permission to make bikes available to hire.

The operators of each dockless bike scheme will have to provide an annual licence fee of €200 and an additional permit fee for each bicycle. Permits will be valid for a period of 12 months from the date it is issued.

If introduced, the dockless bike scheme will be a welcomed addition to the city and will encourage more to travel green as bikes will be even more accessible.

Related Topics:Dockless bike scheme
Up Next