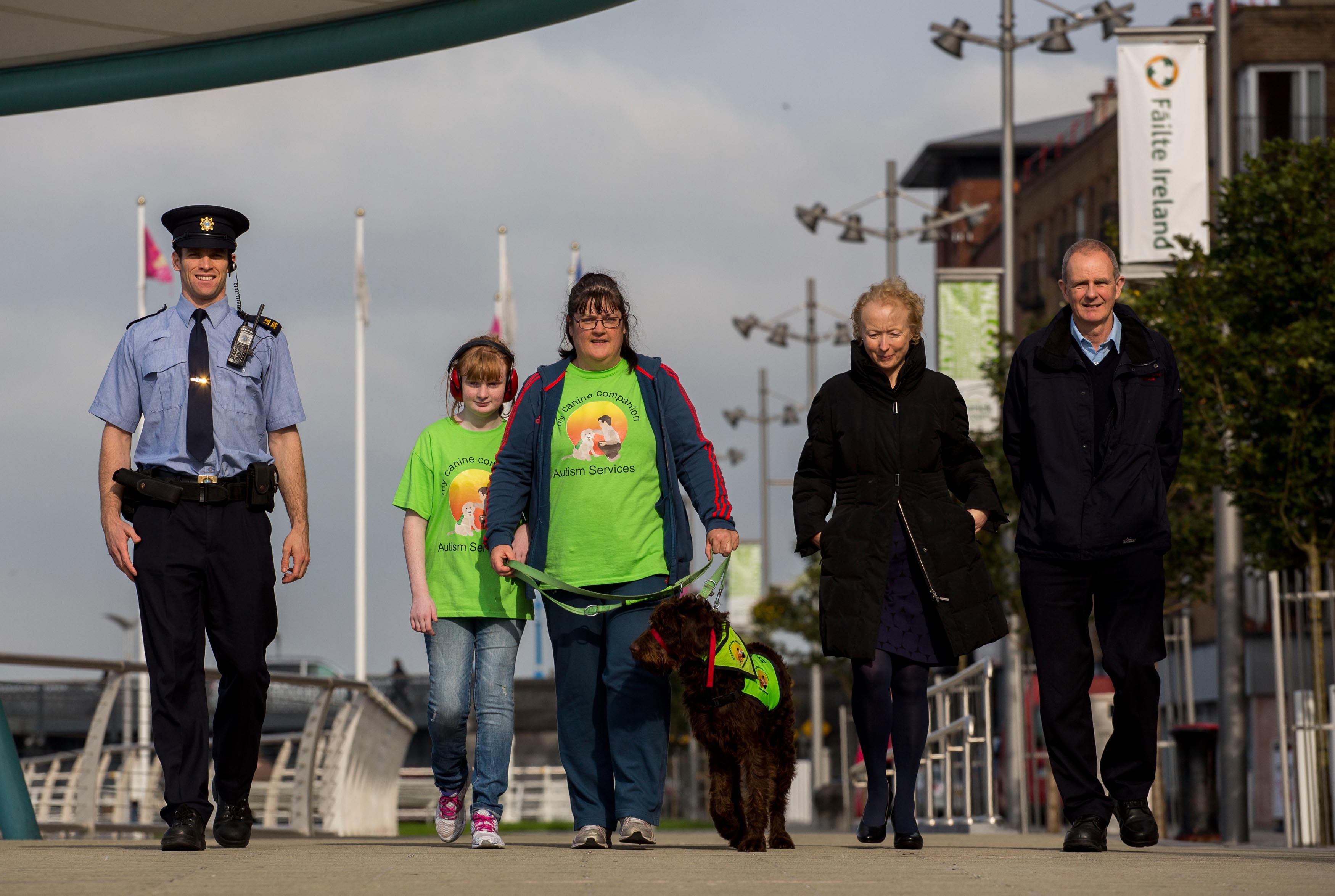 Above: Limerick Community comes out in support to combat dog fouling in the city. Picture Alan Place.

Limerick City and County Council and An Garda Síochána have launched a joint campaign aimed at encouraging dog owners to clean up after their animals who foul in public areas in an effort to stamp out Limerick dog fouling.

Environmental Wardens and Gardaí will be out in force over the coming weeks speaking to dog walkers, advising them to carry poo bags, distributing bags if necessary, and delivering the message that failure to clean up after a dog is an offence under the Litter Pollution Act.

Garda David O’Connell commented: “An Garda Síochána is happy to work with the local authority to promote the message that allowing your dog to foul in a public area and then not picking it up is simply unacceptable.”

Mairead O’Donovan, an Administrative Officer with the Council’s Environment Department, said: “Dog waste is not only a nuisance but can carry diseases which can be harmful to humans. The message the Council and An Garda Síochána are promoting is simple; always carry a bag to clean up after your dog. There are now a wide range of options available to dog owners for cleaning up after their dogs.”

Ms. O’Donovan continued: “Pooper scoop bags are available in supermarkets, pet shops and in some of the euro/deal shops. Dog litter bags can be bought as cheaply as €1.00 for 100. People may also use nappy sacks, reused plastic bags or something similar.  Limerick City and County Council provides bags to dog walkers in public parks, have installed a number of dispensers in parks around Limerick.”

The launch of the new campaign was attended by representatives of Limerick City and County Council and An Garda Síochána, as well as Maggie the dog from My Canine Companions. The national charity www.mycaninecompanion.ie provides highly trained and skilled service dogs to people with disabilities, particularly autism.

If you’re a dog or animal lover you can read more here!