Home / Business / Limerick Engineering Showcase 2017 returns to the city for its third year, with over thirty companies participating 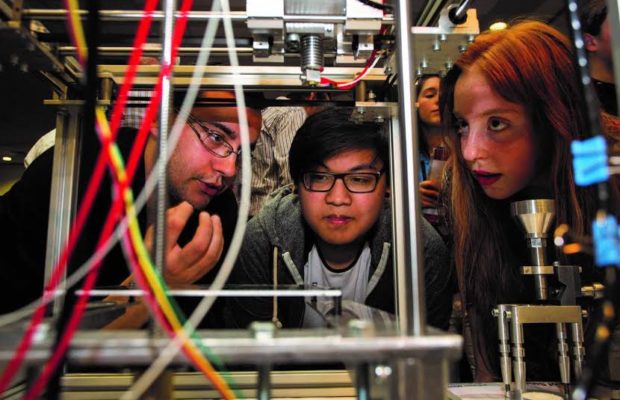 The Limerick Engineering Showcase 2017 returns for its third year to the South Court Hotel in Raheen on Tuesday 2 May as demand for engineers in Limerick and the Mid-West region surges.

The free event, organised by more than thirty of the Mid-West’s most cutting-edge engineering companies, along with education institutions, government, local agencies and Engineers Ireland, will be targeted at secondary school pupils, parents and teachers interested in learning more about further education and a career in engineering.

Over 23,000 people in Ireland are employed in the engineering sector. An estimated 4,700 engineering jobs will be created each year until 2020 as more tech and manufacturing companies expand or establish themselves for the first time in the country.

Denis Doyle, Vice President and General Manager – Ireland Manufacturing Operations, Analog Devices, said:“Building on the success of the last two years, Limerick for Engineering Showcase 2017 takes place again in the South Court on 2 May with more companies than ever participating this year. The companies listed are again impressive and highlights the considerable amount of high-end engineering activity and employment opportunities in the Mid-West region. Recent business growth and development require engineering skill at all levels even more so now and engineering will be the basis of future economic development of the region.”

Barry O’Sullivan, General Manager at Johnson & Johnson Vision Care Ireland and Vice President of the American Chamber of Commerce Ireland, said:  “This initiative is all about kids – ensuring that they are aware of the exciting opportunities that exist on their doorstep. The innovations that are being delivered globally from this region are phenomenal, from powering autonomous vehicles to sending rockets into space. The showcase gives people the opportunity to find out what it is companies do. And hopefully, it will inspire some to pursue rewarding international careers right here from the Mid-West.”

The event, which will feature live demonstrations and prizes, takes place at the South Court Hotel, Raheen onTuesday 2 May from 6-9pm.