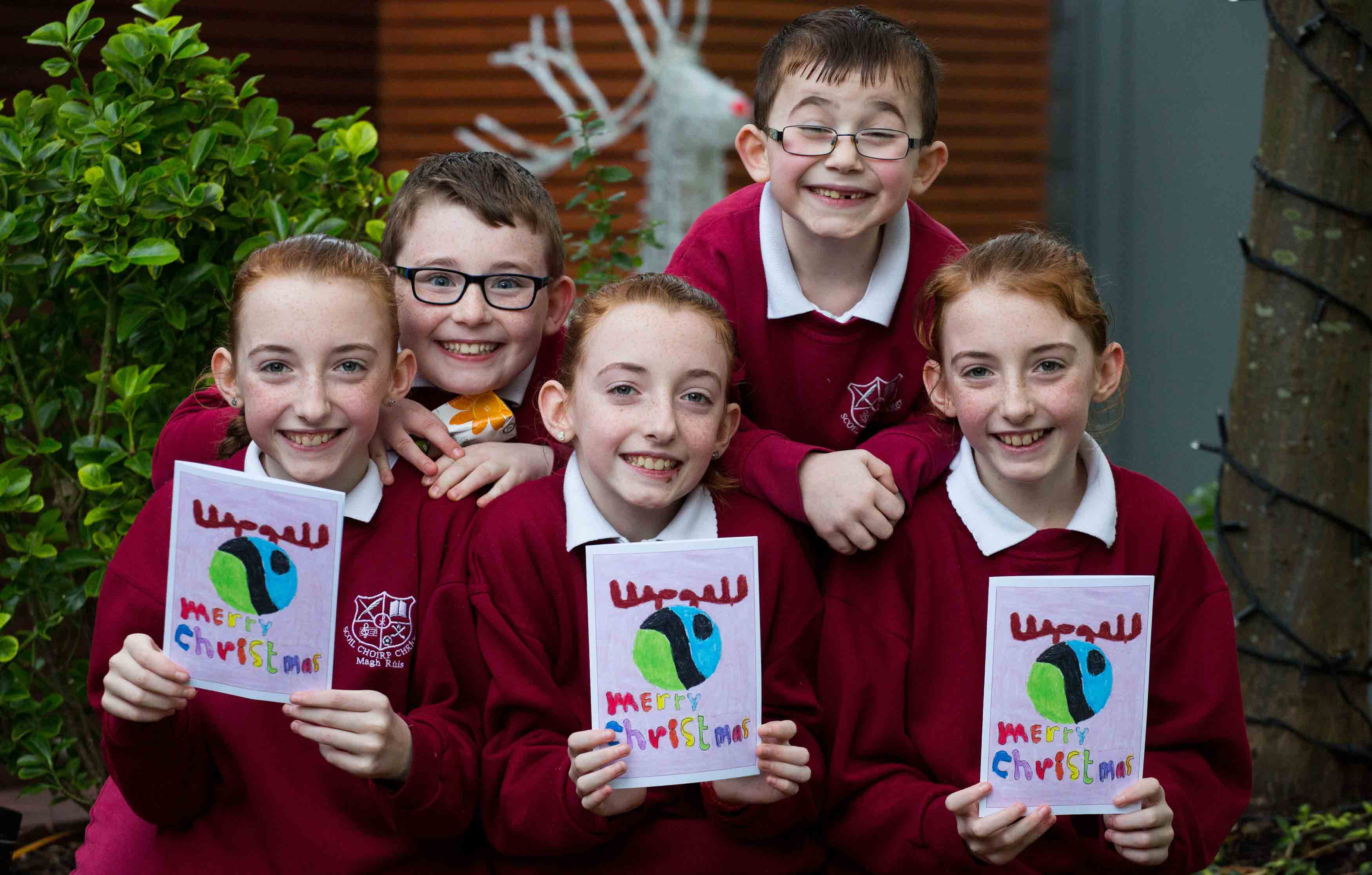 Christmas has come early for two Limerick students after they were named overall winners of the 2015 Limerick Fairtrade Christmas Card Competition at a ceremony in The Strand Hotel.

Alicia OConnor from Meenkilly NS in Abbeyfeale and Victoria Morozova from Laurel Hill Secondary School were chosen ahead of hundreds of other local primary and secondary school students to have their cards reproduced and sent to a variety of local businesses, shops and cafes that have supported the Fairtrade initiative.

Ahead of this week’s awards ceremony, Fairtrade Ireland congratulated the City on its 10th anniversary and its continued promotion of Fairtrade produce. The national organisation also commended Limerick for “contributing significantly to its work in promoting Fairtrade and enabling disadvantaged producers from poor countries to receive a better deal.”

This year’s annual Christmas card competition – the theme of which was “A Fairtrade Christmas” – was run by the Limerick City Fairtrade Group and supported by the Environment Section of Limerick City and County Council. First prize in the Primary Section went to Alicia O’Connor from (Meenkilly NS) with Victoria Morozova (Laurel Hill Secondary School) being named overall winner of the Senior Section.

Mayor of the Metropolitan District, Cllr Jerry O’Dea praised the students for the standard of their work and particularly thanked the Fairtrade Committee for their “terrific efforts on behalf of producers in developing countries.”

He said, “Fairtrade is an important ideal and it is great to see Limerick City and County Council, businesses and householders showing their ongoing support. This competition helps to remind people in Limerick of the importance of purchasing Fairtrade produce and supporting suppliers of such goods not only in the run up to Christmas but also year-round.”

The Mayor continued, “The people of Limerick and Ireland can hold their heads up high and declare that they are delivering a fair deal for farmers and workers in the developing world, through better prices, decent working conditions, local sustainability and fair terms of trade. We must continue to support all companies that ensure farmers get a fair price for their raw material and are given a chance to face a better future.”

Dolores O’Meara, Chair of the Limerick City Fairtrade Committee explained, “2015 was designated the European Year of Development.  What better way to support developing communities across the globe than to buy their produce – bananas, tea, coffee, cocoa!  There is a saying that ‘No individual person can do everything but everyone can do something’.  If we put that into practice, we can change the fate of many communities one purchase at a time.”

She added, “In 2016, Fairtrade Ireland will be celebrating 20 years of Fairtrade in Ireland.  The concept of Fairtrade was so new then.  In those two decades we have come a long way; the majority of consumers now recognise the Fairtrade logo and each year the value of Fairtrade products bought increases.”

“The good news is that the focus last year on Fairtrade bananas resulted in 24% increased sales.  We should not be complacent however because that still only amounts to 9% of all bananas sold in Ireland. We can do more and I would ask Limerick consumers to remember to make Fairtrade choices when doing their Christmas shopping this year,” concluded Ms. O’Meara.