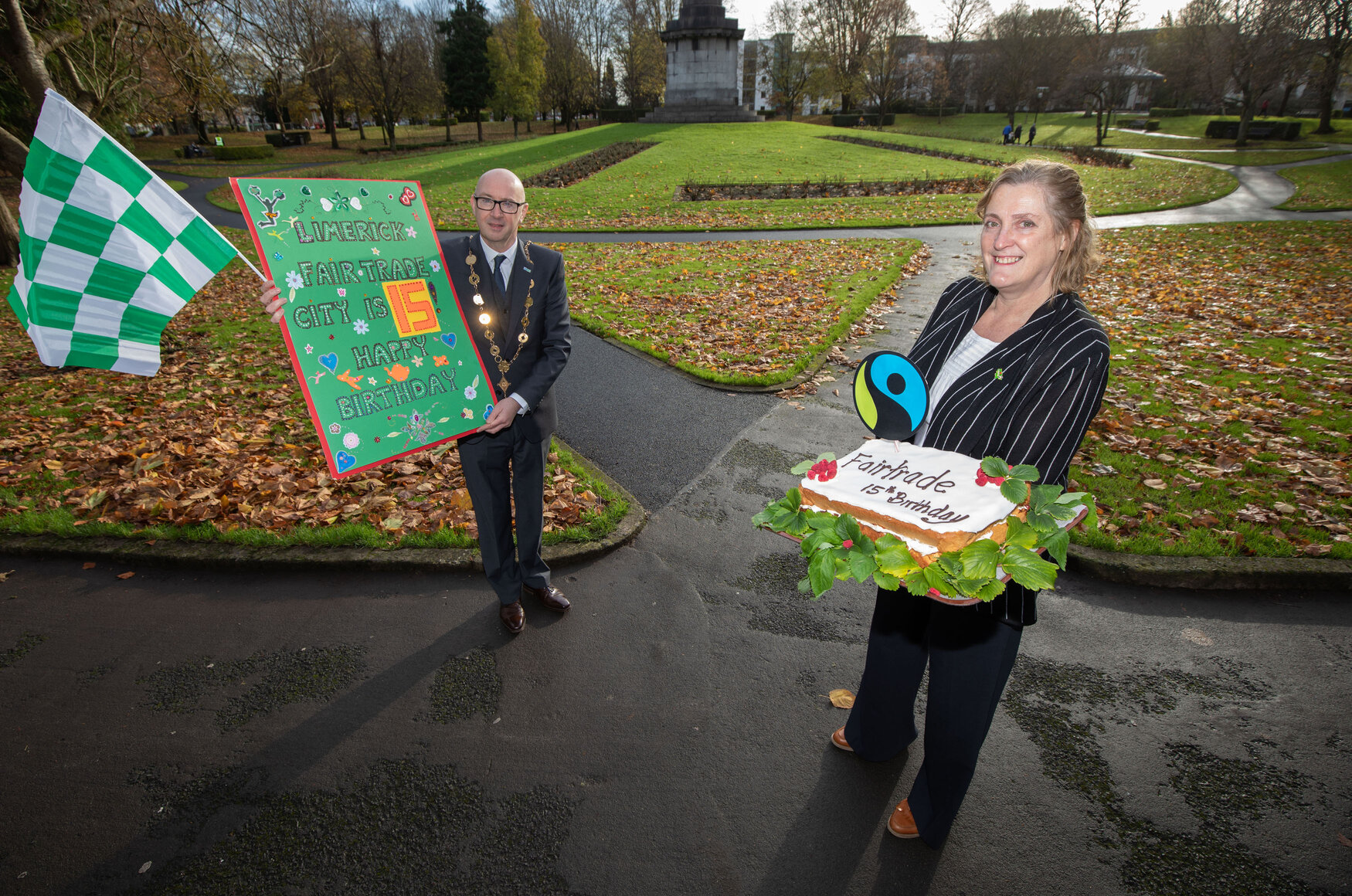 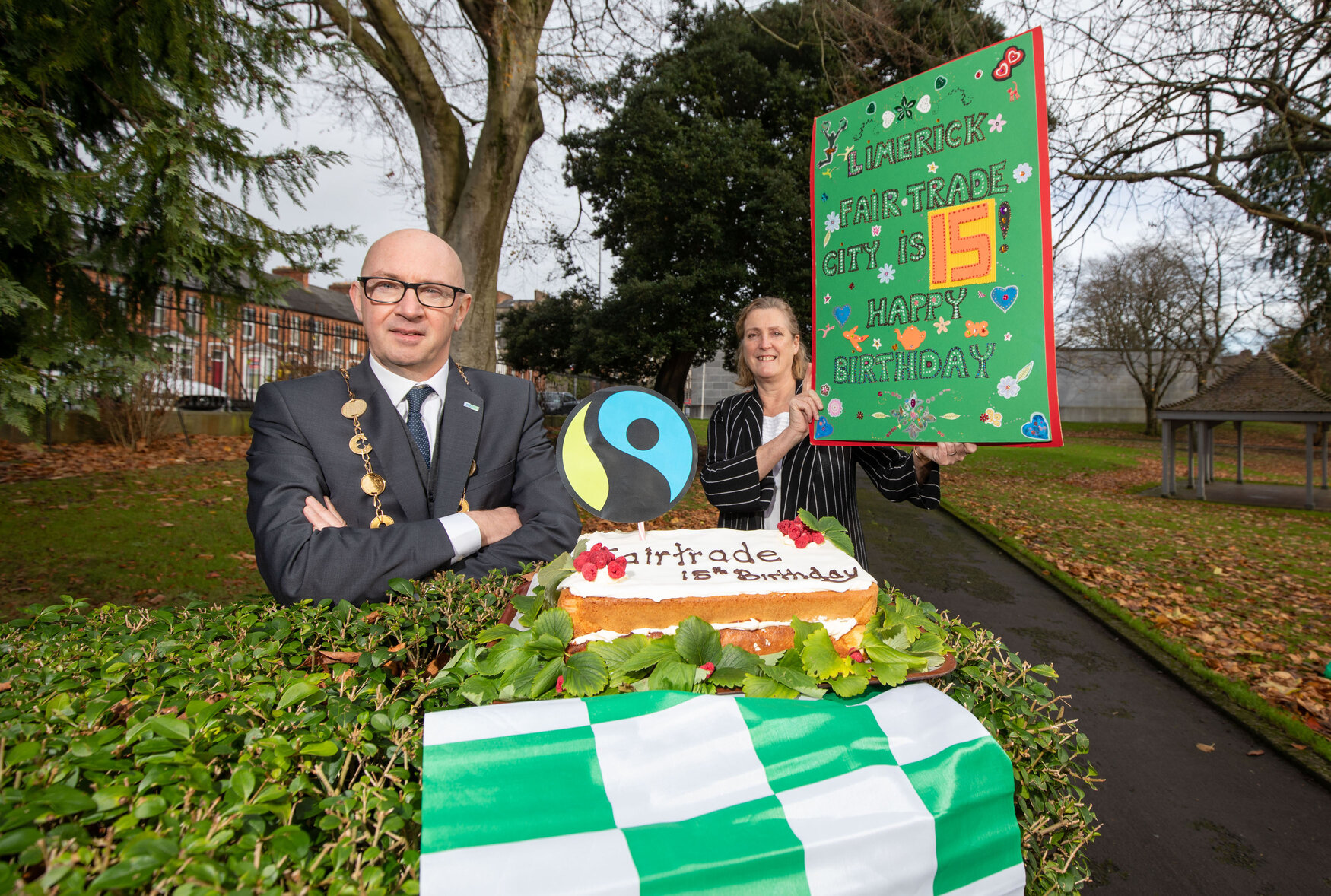 The Mayor of the City and County of Limerick has marked the 15th anniversary of Limerick as a Fairtrade City.

Mayor Michael Collins took part in an online meeting this afternoon with the Limerick Fairtrade Committee to celebrate their birthday and to acknowledge the tireless work that has been going on for 15 years.

A special birthday cake to mark the 15th birthday was baked by Helen O’Donnell of the Hunt Museum Café and a long-time supporter of the Fairtrade committee and its work in Limerick.

Mayor of the City and County of Limerick Cllr Michael Collins said: “I’m proud of Limerick’s status as a Fairtrade City. Choosing Fairtrade means that you care how the product was produced, who produced it and what benefit they get. I would like to thank the Limerick Fairtrade committee for their sterling work over the last 15 years as well as all the Limerick businesses and citizens alike for continuing to stock and purchase Fairtrade items, particularly Helen O Donnell from Limerick City Tidy Towns who baked a special birthday cake to mark the occasion.”

Dolores O’Meara, Chair of the Limerick City Fairtrade Committee said: “Unfortunately we have become familiar with the havoc brought about by climate change and Covid-19. Farmers in the developing world have to face these challenges also. They have to deal with flooding, landslides, drought and illness. Many of them loose the crops that they need to sell in order to survive.”

“Farmers working through the Fairtrade initiative have a better chance of coping with this – they get a better price, a fair price, for their produce and some of their money goes into educating and training them to cope with environmental and climatic change. We must continue to support them by looking for the bananas, tea, coffee, cocoa, chocolate with the Fairtrade logo and putting them in our shopping baskets.”

Traditionally the birthday celebrations coincide with the announcement of the winners of the annual Limerick Fairtrade Schools Christmas Card competition, where pupils in primary and secondary schools create cards based upon the Fairtrade theme.

However, due to the pandemic, the competition has been postponed but will return in 2021.

Limerick City was awarded status as a Fairtrade City in 2005 thanks to the concerted efforts of local people to ensure that Fairtrade produce was made widely available. It showed and continues to show Limerick City’s commitment to supporting a fairer trading system with developing countries.

Latest available figures show that sales of Fairtrade products in Ireland grew from €342 million in 2017 to €382 million in 2018, an increase of 11% with bananas and coffee being the two biggest products purchased.

Further information on how the Fairtrade programme operates is available HERE

For other Fairtrade stories go HERE