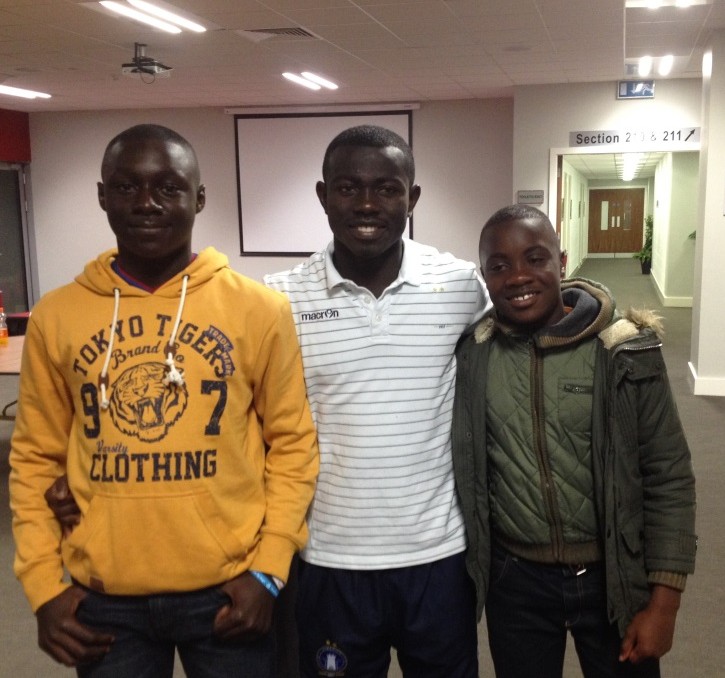 Limerick Football Club was thrilled to welcome members of Doras Luimni as well as the residents of Knockalisheen and other centres as their guests to play against Athlone Town.

Doras are leading a vital campaign to ensure equality of rights for asylum seekers and as football is a universal language that brings people of all cultures together, Limerick FC is delighted to be supporting their endeavours.

The football club had their administrative home in Knockalisheen before their move to Bruff and had the pleasure to meet, interact and get to know many of the families who are living in the area and were their guests while playing against Athlone Town Football Club.

Doras Luimní has worked to support the rights of asylum seekers since the introduction of the direct provision system 14 years ago. During this time, Doras Luimní has witnessed the detrimental impact of this system on women, men and children’s lives.

Over 25 percent of asylum seekers have been living in these centres for six years or more and almost 70 percent have lived in these conditions for three years or more.

Doras Luimní is extremely grateful to Limerick FC for their support in the call for an end of the system of Direct Provision.  The charity also encourages other organisations in Limerick to get involved with the campaign.

If you would like to contact Doras Luimní you can do so my emailing [email protected]
or for further details about how you can help you can call 061310328.