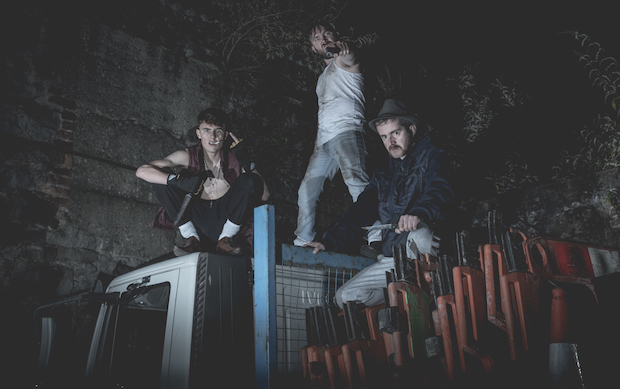 The Limerick Film The Three Donts started life in 2015 when Brian Clancy came up with a concept for a short film, and Paddy Murphy came on board, that caused the creation of the Limerick film The Three Donts. The film is about two local Limerick lads who find themselves on the wrong end of some shady individuals. Over the next three years, they went out almost every weekend, to shot the movie with a crew of over 50 people. It wasn’t long before the short film quickly developed into an amazing motion picture.

The film tells the story of Benson Yau (Nathan Wong) and Jason McCarthy (Brian Clancy) – two naive Limerick lads who set out to do a simple job, for some handy cash. When they meet the terrifying Banger (Adam Moylan) and his cronies Madman (Aaron Walsh) and Tic Tac (John O Connor) they realise they are in for a lot more than they bargained for… and that’s even before they’re chased by feuding families, crazy assassins played by Ben Yau and Courtney McKeon and the enigmatic kingpin known only as the Man in Black (Mark Prendergast). Average Saturday night in town, this is not. Simple job… Yeah right.

It was all worth it though, looking back now, as the film has gotten a great response from audiences and critics alike. Since it hit the festival circuit, it has won 8 awards to date, including 6 awards at the Enginuity film festival in West Virginia including Best Actor (Brian Clancy), Best Makeup (Bekki Tubridy), Best Cinematography (Barry Fahy), Best Music (Evan Murphy), Best Film and Best Stunt Choreography. It also took home the best action film award at the Bloodstained film festival in Shanghai, China a few months ago.

Earlier this week even, the crew were in Vancouver for a fantastic film festival called the Vancouver Badass Film Festival (or VBAFF for short) where our feature film, set in Limerick, was nominated for 5 awards and came away with the award for the best supporting actor – this went to Adam Moylan for his role in the film as Banger.

The film has secured worldwide distribution with Hex Media via Amazon & Hex’s own website and are currently in talks with a distributor in Canada for worldwide physical media sales. The DVD and Blu-Ray are now available for pre-order on their website, as the first batch of DVD and Blu-Ray’s sold out in four days. However, it is also available to buy or rent the digital copy on Amazon and Vimeo.

Still not convinced at just how amazing this film is, watch the trailer below.

For more on the Limerick Film The Three Donts, go here.

To pre-order a copy of the Limerick Film The Three Donts, go here.