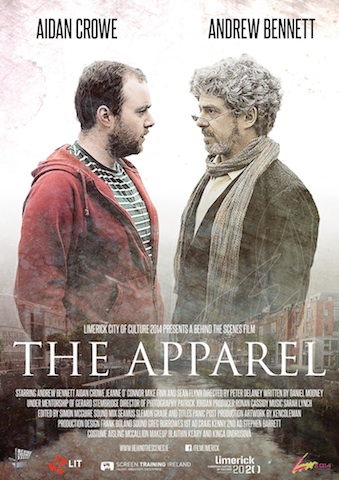 The Limerick Film Trilogy 2016 will receive an extra boost as it has been picked up for screening over a period of three weeks by RTE2 in their late viewing slots entitled, November Midnights.

The Limerick Film Trilogy 2016 consists of three short films that were made with the support of Limerick City of Culture in partnership with Behind the Scenes. The scheme also received assistance from Screen Training Ireland.

The films are all unique in their own way, from Romance to Comedy providing  something to suit each viewer.

RTE2 opens with ‘Day Off’ by Stephen Hall on Monday, November 7 at 12.05am. ‘The Apparel’ by Peter Delaney will then follow on November 14 and ‘Date: Time’ by Paul Corey on November 21.

All the films are made individually and locally with each director in collaboration with Gerry Stembridge (Scrap Saturday, About Adam).  The idea behind Trilogy is a unique way of providing training and experience for those seeking to break into the film industry.

The writers were given maximum freedom to tell whatever story they wanted to tell. The stories had to be contemporary and preferably unfold within a limited time period and Limerick City itself was to be evident as the backdrop.

Film-maker Steve Hall received the Newport Beach Selection Audience Award for ‘Day Off’ at this week’s 2016 Richard Harris International Film Festival. It guarantees Hall a screening at this prestigious festival in California next April.

All Trilogy films can be viewed here at your convenience for several weeks.