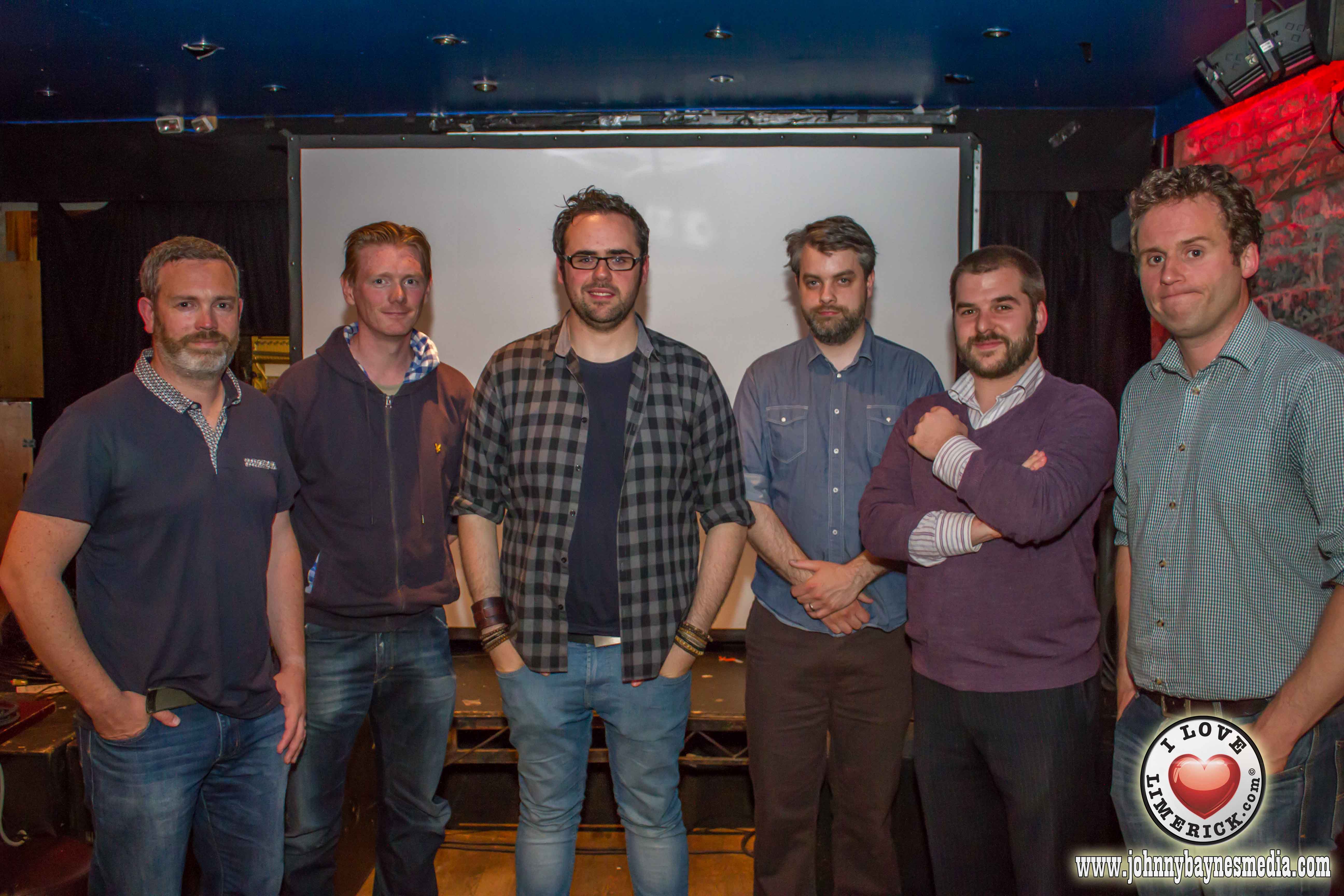 PHOTOS – Limerick Film Trilogy to be produced in 2015

Production of the Limerick Film Trilogy is nearing its final phase. The scheme to shoot the three short films was the inspiration of Limerick City of Culture ‘Film Limerick’. Project Manager, Ronan Cassidy in collaboration with acclaimed Limerick writer and director Gerry Stembridge. The idea behind the project was a way of providing training and experience for those seeking to break into the film industry. Speaking about the Limerick Film Trilogy Ronan said, “the project has been a huge success to date and we have been extremely fortunate to have Gerry’s guidance and mentorship through each step of the programme. I would like to thank everyone involved for making the project happen, notably the partnership of Limerick City of Culture and Behind The Scenes. We believe the Trilogy project will play a big part in the legacy of Film in Limerick and indeed in the upcoming Limerick 2020 bid for European Capital of Culture.

Over the past six months film making crew have been a frequent sight in various locations throughout Limerick City for the shooting of the first two films of the Trilogy. “Day Off” starring Dawn Bradfield (The Clinic) and Joe Mullins (Pilgrim Hill) was first to be shot, followed by “The Apparel” which featured Andrew Bennett (Angela’s Ashes) and Aidan Crowe (Game of Thrones).

The Trilogy scheme is unique in that the three writers and directors are all from Limerick and the majority of the actors and crew are local people who prior to this had very little experience on a film set. The films can stand alone but are also linked and intertwined in a number of subtle ways, not least the presence of the city itself as a character across all three films.

In addition to using the scheme to discover new talent and provide on the job training, the aim was to showcase Limerick as a film location. Speaking about the project, Gerry Stembridge pointed out that “A film maker can create their own city, within a city; they can make the city have a particular atmosphere or feeling. With the locations that the writers initiated and the directors have chosen we will have a fantastic panorama of Limerick City.”
The final film of The Limerick Trilogy, “Date Night” (Writer – Philip Shanahan, Director – Paul Corey) is scheduled to go into production early July.

The Limerick Trilogy is a collaborative project between Limerick City of Culture and Behind The Scenes. The Project is funded by Limerick City of Culture and screening of the Trilogy will take place in the coming weeks.
Behind the Scenes are hosting an event at the end of the month to update filmmakers and general members of the public on the project and to promote and maximise the Film Limerick Trilogy. The event is free and will take place in Dolans (Upstairs) on Monday 29th June 2015 at 7pm.

For more information check out Behind the Scenes website here